Religion: a Poison no more?

In August, I wrote on this blog: "Communist China is fast becoming expert in Tibetan Buddhism. Unfortunately, though Beijing shows a great interest in the Tibetan Tradition, it is not enamoured with the Dalai Lama as yet."
Last week, Chen Quanguo, Tibet's Party Secretary told the Standing Committee of the regional Party: "One should not believe in the 14th Dalai group’s fantasies (illusions), or follow the Dalai group; one should beware infiltration and sabotage activities in which are involved separatist party cadres."
While warning the cadres not be trapped in the 'Dalai Lama's fantasies', the Party is promoting Buddhist on a large scale in Eastern Tibet (Kham).
An article on China Tibet Online praises "Larung Gar Five Sciences Buddhist Academy in Sichuan" pointing out that Jigme Phuntsok Rinpoche, founder of Larung Gar was a teacher of His Holiness [sic] the Thirteenth Dalai Lama (of course, they won't say that the same Khenpo Phuntsok once visited Dharamsala to share teachings with the present Dalai Lama).
I am reproducing the article; it is worth reading:


Jigme Phuntsok Rinpoche, the incarnation of the great terton Terchen Lerab Lingpa, and also a teacher of His Holiness the Thirteenth Dalai Lama, established the Larung Gar Five Sciences Buddhist Academy in Larung Valley near Serthar, Sichuan Province, southwest China, in 1980, with the aim to revitalize Dharma and benefit all sentient beings.
The reason behind the selection of Serthar as the building place is primarily based upon the fact that it is a historically sacred place in Vajrayana. Monks go to achieve 'rainbow body' (a high level of spiritual achievement), and comprehend the 'four karmas' at the academy. Thirteen disciples attained 'rainbow body' at the place where His Holiness the First Dudjom Rinpoche had originally stayed.
According to the First Dodrupchen Rinpoche, two hundred years ago a great siddha wrote in his Future Prophecy that the Larung Valley, protected by the Goddess of Mutian and surrounded by the sacred Mt. Danjian and Mt. Ala, is a blessed site.
The aim of the academy can be summarized by four distinct pursuits: "to unite Buddhists in harmony; to uphold pure precepts; to study, reflect upon, and practice the sacred Dharma; and to propagate the Dharma and benefit all beings".
In May of 1987, the Tenth Panchen Lama approved the founding of the academy by presenting them with a plaque on which he wrote, in Tibetan: "Larung Gar Five Sciences Buddhist Academy", he also respectfully addressed His Holiness Jigme Phuntsok as "Sage Choeje".
At the same time, Mr. Puchu Zhao, the Chairman of the Buddhist Association of China, wrote the name of the academy in Chinese. Therefore, an era of revitalization of Tibetan Buddhism had begun.
According to the introduction of its website, the curriculum at Larung Gar Five Sciences Buddhist Academy includes three parts: Sutrayana, Secret Mantrayana, and common culture. The main courses in Sutrayana involve five major categories of treatise: Vinaya, Hetuvidya, Abhidharmakosa-Sastra, Madhyamika, and Prajnaparamita. Secret Mantrayana consists of esoteric shastra, various preliminaries, generation phase, completion phase, the Great Perfection, and pith instruction. Common culture pertains to the science of language, the science of medicine, Tibetan language, etc.
In 1999, the Larung Gar Five Sciences Buddhist Academy was identified by The New York Times as one of the largest and most influential centers for study of Tibetan Buddhism in the world.
During more than 30 years, the academy has cultivated hundreds of eminent Buddhist scholars and practitioners, who in turn have founded numerous Dharma centers around the world. They have also made tremendous contributions to Tibetan Buddhism by teaching the sacred Dharma, revitalizing the traditional Tibetan culture, and improving ethnic unity.
Currently, there are over ten thousand resident monastics, both Tibetan and Han, in the academy. In addition, thousands of members around the world are engaged in Dharma study via online courses taught by the institute's senior Khenpo, Sodargye Rinpoche.

While denying the existence of the Dalai Lama as one of the foremost proponent of Buddhism, Beijing has clearly become 'expert' in the Buddha Dharma.
By the way, did you know that Confucius ruled as a 'divine king' in Tibet?
It is what the China Daily says: "Thanks to cultural exchanges between ethnic Hans and Tibetans, Confucius became a master in Tibetan culture over time."
The Communist newspapers explains: "In the beginning, Confucius’ name could only be found in Tibetan literature that was translated from Chinese. Gradually, Confucius became known as a figure with 'divine power' in Tibet and took on the identity 'Kongtse Trulgyi Gyalpo', founder of literature on calendrical calculation and rituals to ward off evil spirits in the Bon religion, Tibet’s traditional religion."
Confucius was a Bon master.
The article seriously adds: "In order to promote the Bon religion, Confucius traveled to many places far away from home, and learned from masters until he finally built a monastery of the Bon religion. However, he wasn’t able to protect the monastery on his own, so he invited Shenrab Miwoche to help out and later regarded Miwoche as his master. Around the time Tibetan Buddhism replaced the Bon religion and took on a predominant role in Tibet, Confucius was considered as one of the four leading masters of the Bon with divine power."
Great, by why did Mao say that 'Religion is Poison'?
Here are some pictures of Larung Gar. 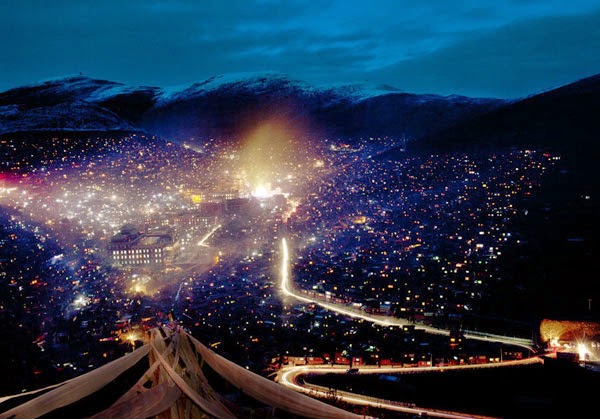 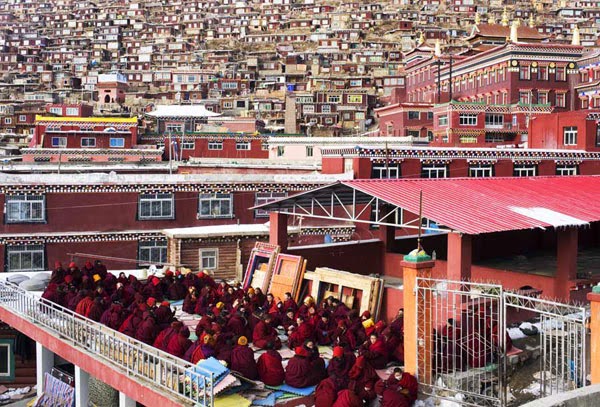 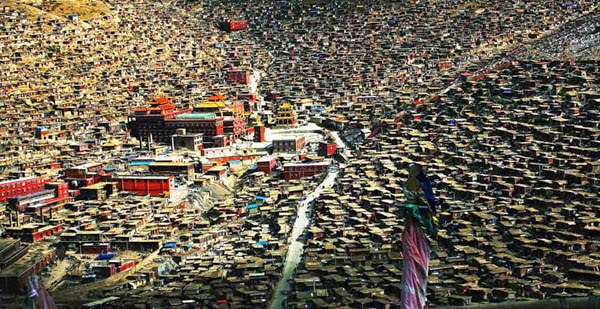 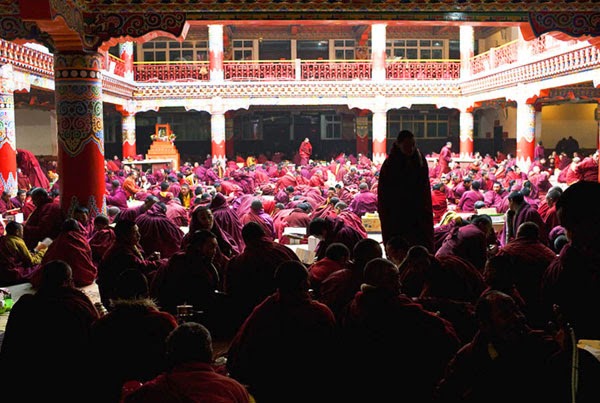 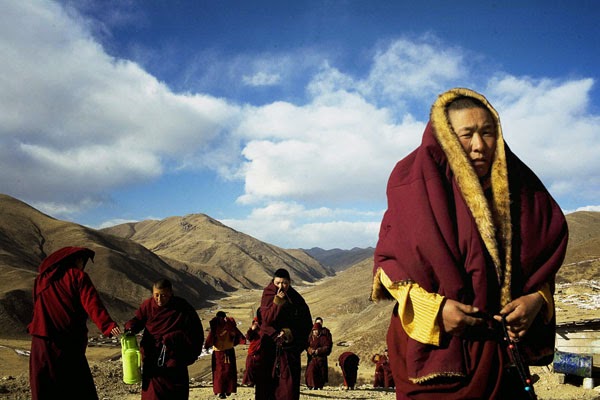 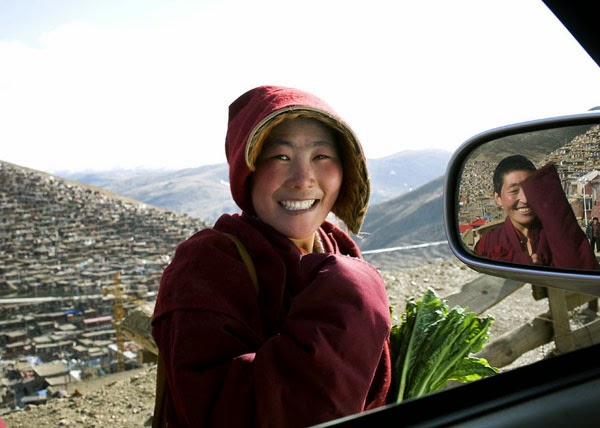