China: the War is going on 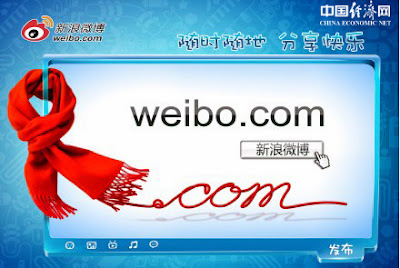 The excellent Reuters article posted below raises an interesting question, what is a rumor?
The authors say: “China's crackdown on online ‘rumor-mongering’, widely seen as a tool to halt criticism of the ruling Communist Party, has chilled political discourse, with high-profile bloggers saying they have reined in sensitive posts for fear of detention”.
When read with a commentary of The Beijing Daily, entitled ‘Do Not Leave Space for Universal Values’, it makes it more frightening
On September 2, 2013, Beijing Daily advocated ‘ideological education’.
The article was later reprinted by many major State media.
The Beijing Daily argued that “if China does not engage in ideological struggle, it could disintegrate and perish, in the same manner as the former Soviet Union and the Eastern Block.”
For the past 2 decades, this has been the main fear of the leadership in Zhongnanhai.
The Beijing Daily goes very far by saying: “Especially for those people who preach the so-called ‘universal values,’ ‘constitutional democracy’, ‘freedom,’ and other fallacies, we cannot give any space or assistance at any time to those malicious attacks on the Party's leadership and the socialist system, to speeches that distort the history of the Party and the country, and to information that spreads rumors. We must take action to control what must be controlled, and punish those who violate the law.”
In other words, the Party is always right. It has never committed any crime, whether it is during the Great Leap Forward, the Cultural Revolution, the Tiananmen events or today when censures and suppresses its own people, particularly in 'minorities' areas such Tibet and Xinjiang.
The Beijing Daily admits that “today, the Internet has become the main battlefield for ideological struggle.”
Unfortunately, the Party sees a foreign hand everywhere (read the United States), even when the Chinese people try to express their concerns and aspirations, through the only means they have at their disposal, the Internet.
The article asserts: “The Western anti-China forces seek to advance this ‘biggest variable’ to ‘topple China.’ Whether we can hold up and win in the battlefield directly relates to the security of our ideology and the ruling Party's power.”
The Party leadership is so nervous to lose its grip on ‘the People’ that they consider the ongoing battle as a War for survival of the Party: “We do not see gunfire in this ideological struggle, but all the same - it is a matter of life and death. … Dare to fight and dare to show the sword. That is the choice we must make now!”
The leadership sees it like this.

Strengthen Faith in Marxism and Communism
A week later (on September 9), The People’s Daily published an article on ‘the importance of propaganda and ideological work in China’.
According to the Party’s main mouthpiece: “The Key Is to Strengthen Most Party Cadres’ Faith in Marxism and Communism”
Luo Shugang, the Deputy Minister of the Propaganda Department of the Chinese Communist Party Central Committee, elaborates on Party Secretary Xi Jinping’s speech at the National Propaganda and Ideological Work Conference (on August 9).
Here are the five recommendations of Mr. Luo:


1) The key is to strengthen most Party cadres’ faith in Marxism and Communism; strengthen the entire Party, the nation, and the People of different ethnic groups’ faith in socialism with Chinese characteristics.
2) Resolutely obey the CCP Central Committee led by General Secretary Xi Jinping, and resolutely safeguard the authority of the CCP Central Committee.
3) Always adhere to principle of the Party's control of media. The Chinese Communist Party has the absolute leadership position over all media and communication channels at all different levels.
4) Punish those who spread ‘rumors’ and ‘harmful information’ on the Internet.
5) Guide people to look more at the bright side. Announce the full scope of authoritative information in a timely manner so as to suppress negative information and wrong views. Constantly reinforce the people’s trust and confidence.

Several questions remain, first how long can this work?
How long can the aspirations of the people for more freedom be suppressed? How long can the Party retain ‘absolute leadership position over all media’ in an economically freer society?
Last question: why are the Party’s leaders sending their kids for education in the United States?
The only thing which can be said is that the situation is not healthy.
I thought that China was aspiring to be a ‘normal’ great power?
Stalinist policies won’t help.

China crackdown on online rumors seen as ploy to nail critics
Reuters
By Megha Rajagopalan and Adam Rose
BEIJING (Reuters) - China's crackdown on online "rumor-mongering", widely seen as a tool to halt criticism of the ruling Communist Party, has chilled political discourse, with high-profile bloggers saying they have reined in sensitive posts for fear of detention.
Lawyers and activists called the crackdown a significant, if crude, expansion of powers to police the Internet and a blow to those who rely on microblogs to disseminate information that is often not monitored as strictly as traditional media.
"I am really scared now that any whistleblowing might lead to an arrest," said Zhou Ze, a rights lawyer with more than 165,000 followers on the Twitter-like microblog Sina Weibo. "We all have to talk less, and more carefully."
It is common for politically sensitive posts to be taken down by censors and for users to be blocked, but recent detentions have sparked fears of harsher punishments.
At the heart of the issue is a judicial interpretation by China's top court that says bloggers can be prosecuted for posting rumours seen by more than 5,000 people, or forwarded more than 500 times.
"If rumours can lead to detention or arrest, everyone will fear for themselves and become particularly scared about criticizing officials, which we are seeing less of on the Internet," Zhou said.
An estimate of data provided to Reuters by Weiboreach, a social media data analysis firm, shows that in a random sample of 4,500 highly influential users known as "Big Vs", those with a self-reported occupation in government or academia had a much higher rate of deletion in August than those in entertainment.
The data does not differentiate between posts that users had deleted themselves and those that were deleted by authorities.
MOVING TARGET
Analysts said the judicial interpretation specifically targeted the hundreds of Big Vs - "v" for verified - who send opinions, news and information to thousands or even millions of followers. Many are entrepreneurs, celebrities or academics.
Weibo users known for political and social commentary have been detained in recent weeks, enforcing fears that rumor-mongering is not the target of the law.
Wang Gongquan, an outspoken venture capitalist, was taken away by police on Friday on charges of disturbing public order after he helped lead a campaign for the release of another activist.
Well-known whistleblower Wu Dong, more commonly recognized by his online handle "Boss Hua", was taken into police custody in Beijing, the official Liberation Daily reported on its verified Weibo feed.
He said via Weibo on Wednesday that he had been released. His phone was off and he could not be reached for comment.
Wu, a watch lover, is one of many Weibo users who post about official corruption. He drew attention last year when he posted photos of expensive watches worn by government officials last year, helping to bring down one high-flying official.
Chinese-American venture capitalist Charles Xue was detained on charges of prostitution and appeared on state TV in handcuffs on Sunday to apologize, saying his status as a Big V had gone to his head.
"Freedom of speech cannot override the law," said Xue, who was known for outspoken comments on political and social issues online.
Spreading rumours is common on Weibo, and there is little protection against defamation.
"It's important that those who spread slander are held legally responsible," said Peng Jian, a lawyer with more than 100,000 followers on Weibo. "But if it's not implemented properly, it could suppress freedom of expression."
OPINIONS "SHOULDN'T BE SUPPRESSED"
The problem, lawyers say, is that the interpretation takes a broad view of what constitutes a rumor.
"The goal is pretty obvious, and it's certainly not to suppress so-called rumours. In some sense that's just an excuse," said rights lawyer Mo Shaoping. "Most of the things people post on the Internet are just opinions and views. Those things shouldn't be suppressed."
Mo said he had stopped using Weibo two years ago under pressure from officials.
Legal experts said that the court's interpretation amounted to a broadening of authority to police the Internet, as if Weibo were a physical public space.
"It's a significant expansion because it criminalizes postings that were not criminalized before, and not only rumours and libelous comments," said Nicholas Bequelin, of New York-based Human Rights Watch.
Tong Zhiwei, a professor at East China University of Political Science and Law who has about 95,000 Weibo followers, said he had seen a rise in the number of his posts that had been censored in recent weeks.
"It's not so much the judicial interpretation per se that is affecting my comments," said Tong, who frequently comments on social issues from a legal perspective. "It's the atmosphere it has created."
Criticizing one-party rule was in effect forbidden already, Bequelin added.
"Nine tenths of the Internet population would be in prison if you were to apply this very strictly," Bequelin said. "But that is the root of China's regulation of freedom of expression."
The latest crackdown was also significant because it targeted Internet users who didn't see themselves as dissidents, said Sarah Cook of Freedom House, a U.S.-based group promoting political freedom and human rights.
"Now you're having a criminal judicial interpretation and then actual arrests of people who don't see themselves as political," Cook said. "The group of people being targeted is much wider."
(Additional reporting by Li Hui, Beijing Newsroom and Reuters TV; Editing by Nick Macfie)
Posted by Claude Arpi at 7:24 AM