Will the Lama return? 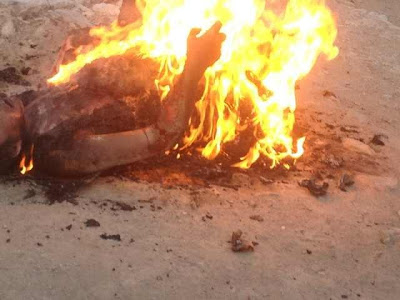 Look up, fellow Tibetans,
Look at the blue twilight above,
Like a heavenly tent of White Mountain,
My lama has returned.


…His Holiness the Dalai Lama,
When he lived far away,
He traveled around the world,
Praying for the end of suffering of the red faced Tibetans,
And released us from darkness.

This is the stanza of a poem written by a 17-year-old Tibetan nun, Sangay Dolma before she took the fatal decision: Dolma set herself on fire in front of a Chinese government office at Tsekhog, near Rebkong in the formerly Amdo province of Tibet (now Qinghai). Dolma passed away soon after. On a photograph of herself, she had written, “Tibet Independent Nation”.
The young nun, like millions of Tibetans, dream of a future return of their leader, the Dalai Lama (‘My Lama has returned’). She saw her native land free:


Look up, Tibetans,
Look at the Snow Mountains.
The Land of Snows’ era has begun.
And Tibet is free and independent.