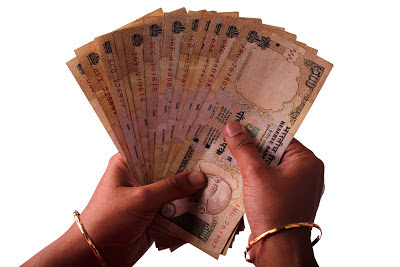 Finance Minister P. Chidambaram believes that direct cash transfer (DCT) to poorer sections "will be a simple and error-free arrangement".
The government will just use 'technology'.
Recently, the minister addressed government officials and the staff of various banks in Pondicherry.
Mr. Chidambaram said "with the availability of banking technology, the scheme is not a complex arrangement but an easy programme. ...Banking technology is a black box technology and there was absolutely no room for mistakes, corruption or human interference in the operation of the scheme".
Delhi plans to release some Rs 2,00,000 crores of subsidies under various schemes. The government would like the Direct Cash Transfer Scheme to be implemented by the end of 2013, in other words before the next general elections.
The Indian minister has probably never heard of the Louvois project.
An article in FRANCE 24, says it all: "FRANCE: When the French army does not pay his soldiers".
French Defence Minister, Jean-Yves Le Drian recently told the media “What I see is unworthy of a country like France.”
Since October 2011, several thousand French soldiers no longer properly receive their salaries!
Sometimes they receive nothing, sometimes they partially get their salary, and in some cases, they get a 'raise'.
According to figures from the Ministry of Defence, 60% of cases involve soldiers posted in military operations abroad, Afghanistan for example.
The culprit is the the Direct Cash Transfer software, known as Louvois which centralizes the payroll system of the French Army.
Louvois (Logiciel unique à vocation interarmées de la solde or Unique Vocation Software Joint Service Pay) carry the name of François Michel Le Tellier, Marquis de Louvois who was French Secretary of State for War under Louis XIV in the 17th century. Louvois increased the French Army to 400,000 soldiers to fight four wars between 1667 and 1713.
Louvois' last battle is today lost.
The French Army (130,000 men) have been the guinea pigs to test the new software.
On condition of anonymity, a soldier told FRANCE 24: “For almost 10 or 11 months, some soldiers have only received only 500 of their 1,500 euros monthly dues.”
Even those who get too much, face serious problems ...with the Income Tax Department which assesses them on their 'new' salary, though the extra money paid has to be returned to the central  pool.
I wish Indian ministers could read this article of Radio France International before promising the Moon; they would be less certain that all the problems (particularly corruption) will be solved once the DCT scheme is implemented.
But they will probably argue that the Indian software engineers are better than the French.
Let us see. 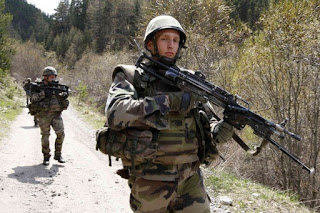 French troops owed millions thanks to software glitches
October 30, 2012
Radio France International
The French government has unblocked 30 million euros to pay a backlog of wages owing to troops, some of them serving in Afghanistan. The arrears built up thanks to faults in new software introduced in 2011.
A furious Defence Minister Jean-Yves Le Drian detailed 75 different kinds of errors made by the Louvois software brought in by the military in September 2011. He slammed the previous right-wing government for rushing to introduce it “without taking the time to try it out”.
Describing the glitches as “unacceptable”, he claimed that officials had told that all the problems had been sorted out in July but that when he visited troops in September he discovered “the extent of the damage”.
Problems included repayments for advances deducted three times and stoppages made three times on the same wage slip.
The soldiers, many of them serving overseas including in Afghanistan, seem to have suffered in silence due to military discipline but their families complained, some of them saying that they had to take out loans to pay the bills.
Le Drian has set aside 30 million euros and ordered 100 extra pay staff to be taken on to sort out the shambles “like a military operation”.
“By Christmas I don’t want to hear any more about this,” he told a press conference Monday.
The software was supposed to be introduced for the pay of the air force and gendarmerie, who are part of the military, in March and September 2013 respectively. The minister has ordered that the transition be postponed for at least two months.
Posted by Claude Arpi at 7:00 AM