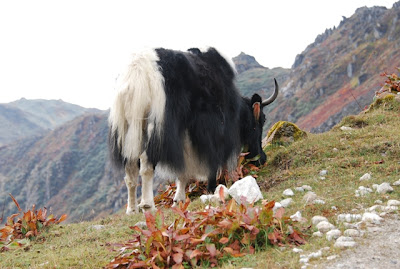 According to PTI, the Indo-Tibetan Border Police has not noticed any 'intrusion bid by China in Arunachal during past 2 years'.
Strange!
A few days ago, I mentioned on this blog that in February, Northeast Today reported a 'spurt in Chinese intrusions in Chaglagam'.
Of course, the ITBP or the Army will argue that these are not 'real' incursions; it is due simply due to the different 'perceptions' that the Chinese have of the LAC.
In other words, there are only 'perceptional intrusions'.
In an article in The Business Standard, respected journalist Sunanda K. Datta-Ray says: "With friends at home scoring ‘own goals’, India doesn’t need enemies abroad."
He elaborates: "For hundreds of years up to 1801 the kings of England also styled themselves kings of France. In short, England claimed France. But did French maps during those centuries show France as “disputed” territory? That would have been an “own goal” in soccer parlance. The French wouldn’t have tolerated it."
Obviously, the French are better at football ('soccer' for the Anglo-saxons).
Datta-Ray continues: "Yet, an 'own goal' loomed large in Kolkata’s Indian Council for Cultural Relations (ICCR) Auditorium last Monday with 'DISPUTED' printed boldly under Arunachal Pradesh in a large map of India’s Northeast. General Shankar Roy Choudhury twirled his impressive moustache centre stage, Lt-Gen Johnny Mukherjee looked relaxed on the left, Maj-Gen Arun Roye strutted at the podium. The director-general of the Indian Council of World Affairs (ICWA), 'Ambassador' Rajesh Bhatia, said little but said it in the ponderous tones of an elder statesman. An unassuming 'Ambassador' Aloke Sen dispensed pragmatic wisdom. An even more retiring scholar, Sanjay Pulipaka of the Maulana Abul Kalam Azad Institute for Asian Studies, dispensed little-known information on internal developments in Myanmar. ('Ambassador' is in inverted commas because this handle is both pretentious and irregular but that’s another story.)"
Datta-Ray rightly says: "The map proclaimed loud and clear that India accepts China has a case in demanding Arunachal Pradesh, refusing visas to people from there and objecting to dignitaries visiting the state!"
He adds: "The Chinese wouldn’t similarly shoot themselves in the foot (or should it be the head?). Their maps don’t admit any dispute over Aksai Chin or the strip of Kashmir acquired from Pakistan. On the contrary, K P S Menon, a seasoned diplomat who was, if anything, soft on China and the Soviets, thought China’s attitude was “cunning”. He recalled seeing a map in the Military Academy in Chengtu showing large portions of Kashmir and to the south of the McMahon Line as Chinese."
In my forthcoming book, The McMahon Line Saga, I show that right from the beginning of the 20th century, the Manchus and then Nationalist China had started their cartographic aggression against British India.
Though the British were far better at 'soccer', this did not prevent the Chinese to continue with their own Game.
But India to continue scoring against India, is another issue.

'No intrusion bid by China in Arunachal during past 2 years'
September 21, 2012
PTI
Kimin (Arunachal Pradesh): The Indo-Tibetan Border Police on Friday said there was no report of any intrusion by China into the territory of Arunachal Pradesh in the last two years.
"There is no report of any such intrusion into the Indian territory in the past two years. The Indo-China border is peaceful and there is no hostile activities from either side," ITBP DG Ranjit Sinha said in reply to a query on a media report on Chinese activities along the LAC.
He said the Indian perception of the LAC was different from Beijing's and there was no breach of trust between the two parties.
"Troops from both sides occasionally visit the LAC as a regular exercise to get themselves acquainted with the environment. We conduct border personnel meetings at regular intervals to develop trust and friendship between both the neighbouring countries," he said.
The ITBP, raised as a guerrilla-cum-intelligence-cum- fighting force in the wake of Chinese aggression in 1962, at present has 50 battalions of which 20 are deployed on the Indo-China border.
"The force, which was converted to an armed force in 1976, mans the 3,488 km Indo-Tibet border from Karakoram Pass in Ladakh to Jachep-La in Arunachal Pradesh at altitudes ranging between 9000 and 18,700 feet," Sinha added.
PTI
Posted by Claude Arpi at 6:50 AM

Dear Sir
Has anything changed today? The same "perceptional intrusions" has led to "perceptional occupation" of territory in DBO and the government in Delhi has buried its head in the sand like an ostrich.

China was expected to intrude and occupy. But the attitude of the Indian government is shocking and shameful.