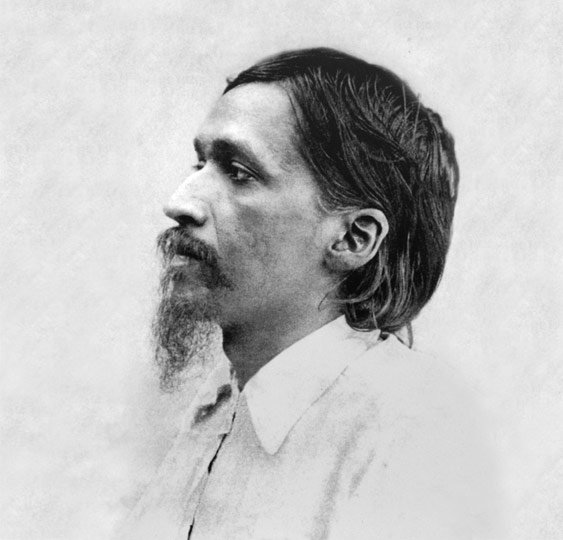 Although Pondicherry is celebrating the 100th anniversary of Sri Aurobindo’s arrival in the former French Establishment, the Bengali Seer‘s highest ideals and vision remain today virtually unknown in India.
August 15, 1947, the day India obtained her independence, coincided with Sri Aurobindo’s 75th birthday. It was a ‘justice of history’ for someone who had tirelessly worked for this momentous event. That day, the Sage of Pondicherry wrote about his Five Dreams.
The first was that India be united again. Will the present division disappear one day and at which cost? Nobody can answer this question.
The second dream was to see the “resurgence and liberation of the peoples of Asia”. It is certainly happening fast.
Sri Aurobindo’s third dream was of a “world-union forming the outer basis of a fairer, brighter and nobler life for all mankind.” Many groupings such the European Union, the ASEAN or more recently the BRIC are slowly taking shape.
The fourth dream was a ‘spiritual gift of India to the world’. One only has to go to a bookshop in the West or look at the number of works on yoga, dharma, etc. to see that something of this has already been achieved.
The final dream was a new “step in evolution which would raise man to a higher and larger consciousness and begin the solution of the problems which have perplexed and vexed him since he first began to think and to dream of individual perfection and a perfect society”.
It is probably the only relevant adventure in the world today.
Some of these visions, particularly the last one, may take some time to materialize, although all of them are en route and as Sri Aurobindo once wrote to a disciple, solvitur ambulando, it is in walking that the problems get solved.
Sri Aurobindo had another dream directly linked to Pondicherry; it was to have a large French University; today, it seems to have conveniently been forgotten by all.

On September 27, 1947, the recluse granted an audience to Mr. Maurice Schumann, the Special Envoy of the French Prime Minister, Mr. Ramadier. AFP news agency reported: “Sri Aurobindo, the most powerful Indian thinker, interrupted his confinement which started 21 years ago to receive Governor Baron and Mr. Maurice Schumann. Now 75 year-old, Sri Aurobindo took part in the first revolutionary national… then took refuge at Chandernagore and later in Pondicherry in 1926 [1910] where he began to live a ‘mystic’ life. …Once only, 19 years ago, Sri Aurobindo interrupted his confinement to talk with the poet Rabindranath Tagore. He had with Governor Baron and Mr. Schumann a 45 minute-meeting, during which he declared: “France, after India is the country for which I have the most fondness and respect.”
Sri Aurobindo assured Mr. Schumann of ‘his full support’ for a University “as a permanent meeting place between France and India.”
It was not the first time that the matter had been discussed; in May 1947, the topic had already come up at the highest level. Governor François Baron and Henri Roux, the French Chargé d’Affaires in Delhi had met Nehru to discuss the future relations between France and the soon-to-be dominion.
Baron made a proposal, which according to him, could accelerate the process of solving the problem of the French settlements: the French would quit the territory, but would leave behind an important university where French culture would have a predominant place. It was Sri Aurobindo’s concept that Baron presented to the Indian Prime Minister.
The minutes of the meeting confirmed this: “The Governor spoke about the French Government’s desire to develop cultural institutions in Pondicherry and a kind of a university. The idea was that this university should serve India by bringing French culture to the French [nationals].”
It was obviously not for French nationals alone, but also Indian (and foreign) students who would benefit from the scheme.
Apparently Nehru was a bit reluctant; the British Consul General in Pondicherry had warned Delhi that it was a French trick for Paris to keep a foothold in the subcontinent.
Soon after Sri Aurobindo’s departure in December 1950, several eminent Indian personalities decided to create an institution to help the survival and the propagation of Sri Aurobindo’s vision and work. Amongst them were Central ministers such as Dr. K.M. Munshi, who had been a student of Sri Aurobindo during his Baroda’s days and several Chief Ministers — Pt. G. B. Pant (Uttar Pradesh), M.K. Vellodi (Hyderabad), N.K. Chaudhuri (Orissa) and Dr Gopichand Bhargava (Punjab). It was finally decided to organize a Memorial Convention in Pondicherry under the Chairmanship of Dr Shyama Prasad Mookerjee.

In April 1951, the latter addressed a letter to The Mother describing in detail the objectives of the Sri Aurobindo Memorial Committee. He spoke of: “[the] general desire to do what we can to help in the continuation of the work started by Sri Aurobindo. …We felt that the best memorial would be to establish an International University at Pondicherry which would be an embodiment of all the special features of Sri Aurobindo’s life and achievement”.
Probably due to the political situation in the French Settlement, the ‘French university’ had become an ‘International university’.

The Convention of the Sri Aurobindo Memorial was held on April 24 and 25, 1951. Several resolutions, including one about the setting up of an university, were passed: “One of the most recent forms under which Sri Aurobindo conceived of the development of his work was to establish at Pondicherry an International University centre open to students from all over the world. It is considered that the most fitting memorial to his name would be to found this University now so as to give concrete expression of the fact that his work continues with unabated vigour.”

Unfortunately, there was no longer any question of the French government’s participation or even keeping a special place for French culture.
The foundations of the University were laid after Dr. Munshi visited the Ashram in March 1952. Convinced of the worth of the University project, he wrote to the Prime Minister who was still not convinced. Nehru wrote back: “So far as the University centre is concerned, a number of prominent men in India have commended it, but I have failed to find out under whose auspices it will run and who will be responsible for it.”
Eventually, a ‘University’ was set up within the Ashram. It was called the “Sri Aurobindo International University Centre” (today the Sri Aurobindo International Centre of Education). For political reasons (Pondicherry was still a French colony), the French official component of the Center was put aside.
It never became the French University envisaged by Sri Aurobindo. The Center of Education however remained a hub of excellence for a new type of education with French language as the basis. Today, even French diplomats admit that the Center has done a great job for the propagation of the French language in India.
Is it not ironic that at a time when rumours circulate that the Pondicherry Central University will soon have a new Center for Kashmiri Studies, nothing is done to give a concrete shape to Sri Aurobindo’s vision?
It would greatly benefit India and France to have hundreds of students graduating every year with French as their first language. With many new French enterprises setting up shop in India (and more will come soon when they begin to abandon China’s shores), the students would certainly have great employment chances. They could also have the possibilty to continue their postgraduate diplomas in French universities.
In a changing world, a language other than English would bring diversity in the new opportunities for thousands of youth. It could be a viable alternative to the US and British Universities to which Indian students rush (let us forget Australia for the time being).
Of course the modalities would have to be worked out by the French and Indian authorities; it could be something like a joint venture with a strong back up at the highest level of the French and Indian States. With the new relaxations in Indian rules for opening branches of foreign universities in India, the technicalities should not be too difficult (at a first stage, some existing Departments of Pondicherry Central University could be expanded).
It would be a concrete step to strengthen the strategic partnership between India and France and give back to Pondicherry some of its specificity, in other words becming the famous “French window on India”, which today exist only to lure tourists.
It is something the Indian and local Government could decide to push through if they sincerely want to pay a concrete homage to Sri Aurobindo. Garlanding statues is not enough.
And why not ask President Sarkozy to lay a foundation stone during his forthcoming visit to India? It would be a fair way for France to repay the debt accrued by 200 years of colonization of its Settlements in India, during which little was invested in education.
Posted by Claude Arpi at 7:31 AM

Many wonderful anecdotes here that I hadn't read about or heard before. The idea of a French university is a great idea!

Hello,
I’m a student from Bangladesh. I want to get admission in your University. I found Your University address from sromobazar.com.Can I apply from the site to you? Do you have any agent in Bangladesh?
Pls reply me at somorita131@gmail.com