A small step forward in declassification 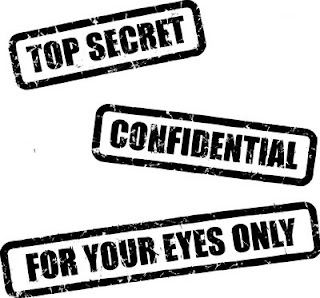 Slowly, the issue of 'declassification' of archival documents is progressing. One can hope that one day India will become a country like any other countries, not hiding its past behind pretextes or excuses of 'national security'.
During a recent hearing before CIC, the commission made it clear that any public authority claiming exemption under Section 8 (see below) will have to demonstrate to the CIC that 'national interest' will indeed be affected due to disclosure.
I believe that now all the files with the MEA have been digitalized. It is a good thing. It should not be too difficult to go through these archives and sanitize what needs to be sanitized and declassify the rest.
The people of India are entitled to know their history.

RTI Act [8. (1) Notwithstanding anything contained in this Act, there shall be no obligation to give any citizen,—
(a) information, disclosure of which would prejudicially affect the sovereignty and integrity of India, the security, strategic, scientific or economic interests of the State, relation with foreign State or lead to incitement of an offence]

India-Pakistan 1963 talks: CIC to see if files must stay secret
IANS
April 14, 2010
New Delhi: The Central Information Commission (CIC) will "revisit" the material regarding talks between the foreign ministers of India and Pakistan in 1963 to decide if it can be revealed under the Right to Information (RTI) Act.
The decision came on an application filed by veteran journalist Kuldip Nayar who had sought information from the external affairs ministry about the talks between the then foreign ministers of India and Pakistan — Swaran Singh and Zulfiqar Ali Bhutto — in the wake of the India-China war in October 1962.
Nayar approached the CIC after the MEA denied the information, stating that it is in "top secret" files and cannot be revealed.
Considering the "sensitivity of the information, in view of the ongoing talks between the two nations, the said information could not be divulged at this point of time", the ministry told the CIC.
"After hearing the detailed arguments of the parties, the commission is of the considered opinion that the contents of the files (in the eight volumes) need to be revisited to decide whether all or part of the information contained in the said files is sensitive enough to be kept confidential or whether the same can be disclosed under provisions of the RTI Act, 2005," the bench of CIC chief Wajahat Habibullah and information commissioners Satyanand Mishra and Annapurna Dixit ruled on Monday.
"More important, if an exercise has indeed been undertaken for declassification as contended by respondent in the hearing, whether a conscious decision has been taken not to declassify the information sought at a sufficiently responsible decision-making level of government and if so, the reasons for arriving at such a decision," the order said.
"For this purpose, the commission decided that the records containing the information sought by the appellant need to be perused by the commission and the same be produced before the commission on April 29," it said.
During the hearing on March 17, Nayar contended that when he sought the same information from the authorities in Pakistan, he had been denied it simply because of the absence of any such agreement between India and Pakistan to disclose the information to an Indian national and only a Pakistani national could have access to the information.
Nayar wondered that when Pakistani authorities "had no objection to parting with the information, which contained Pakistan’s viewpoint", why the same information was treated as top secret here.
Posted by Claude Arpi at 7:37 AM