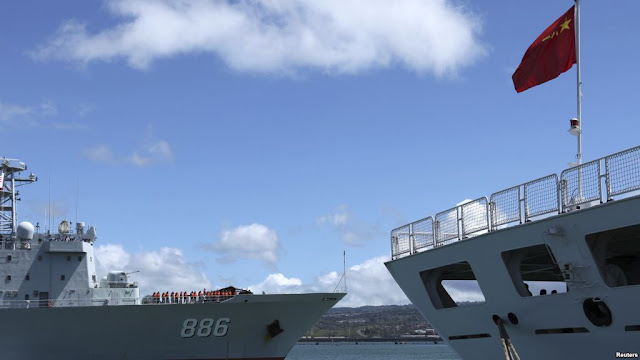 My article China’s military might, now for Africa to see appeared in the Edit Page of The Pioneer.

China is rapidly expanding its footprints across Africa, and its latest moves are in Djibouti where it is planning to construct its first overseas naval logistics support outpost. The West and India must keep a sharp eye
Was it a coincidence that, as China prepared to celebrate its Spring Festival, the Foreign Ministry in Beijing announced that China’s first overseas naval logistics support outpost, is going to be constructed in Djibouti, in the Horn of Africa? A few days earlier, Djibouti’s Foreign Minister, Mahamoud Ali Youssouf told Reuters, “We understand that some Western countries have worries about China’s willingness to have military outposts outside of China”, and added that they should not be too concerned.
Beijing asserted that the outpost was “essential to implement highly efficient logistical support”, as China needs to regularly send escort fleets to the Gulf of Aden and Somalia. In December, the Ministry of National Defence had already announced that China and Djibouti had reached a general agreement.
Every two years or so, the State Council (the Chinese Cabinet) publishes a White Paper on defence; each new WP has distinctive characteristics. In May 2015, Xinhua released its Ninth White Paper on National Defence, the theme being ‘active defence’. China Military Online, a website affiliated to the PLA, then explained: “The WP systematically expounded on the Chinese military’s missions and strategic tasks in the new era, and pointed out that the basic point is in making preparation for military struggle.” Is Djibouti naval base linked to this military concept?
At that time, Defence Ministry spokesperson Yang Yujun denied that China had any intention to build military bases overseas, as China “seeks no hegemony or military expansion”. 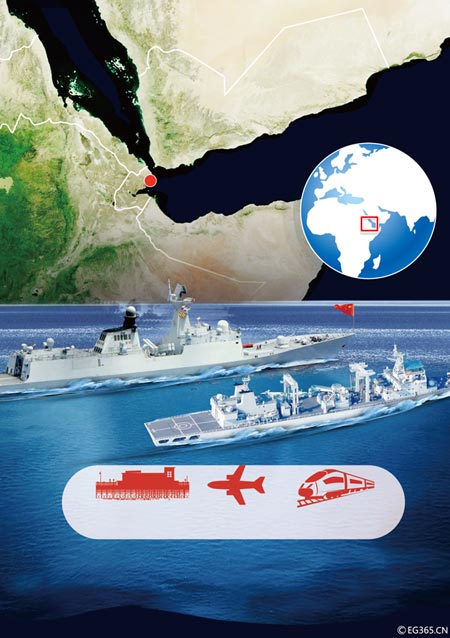 However, China had already started negotiating for a military base in Djibouti. Mr Ismail Omar Guelleh, the President of Djibouti, has openly admitted that discussions were ongoing. “The Japanese want to protect themselves from piracy, and now the Chinese also want to protect their interests, and they are welcome”, he said.
Beijing’s move should be seen in the context of the recently-announced reforms of the Chinese defence forces. On February 2, a commentary in The PLA Daily noted: “China’s move to establish five new theatre commands is a breakthrough and a historic step in setting up a joint battle command system for the military.”
On the previous day, the seven military area commands were merged into five new battle zones, the People’s Liberation Army wanting “a more efficient command chain for battles”.
Opening a naval base, or a ‘logistics support outpost’ in Djibouti, should be seen in the perspective of the general PLA reorganisation and diversification  for example, the creation of two new units, a Rocket Force and a Strategic Support Force. While the PLA Rocket Force will provide a reliable nuclear deterrence and nuclear counter-attack capabilities, the PLA Strategic Support Force will deal with hi-tech warfare in space and cyberwar, the ‘war of tomorrow’.
It was further announced that the four old PLA departments had now been divided into 15 new units; ‘diversify and rule’ seems to be President Xi Jinping’s new motto. The Djibouti Naval Base appears to be part of these ‘reforms’.
A year ago, Chinese Defence spokesperson Geng Yansheng, while defending a Chinese submarine’s docking at Colombo port, called “utterly groundless” the reports that China was setting up 18 naval bases in Sri Lanka, Pakistan, Myanmar and several other nations in the western and southern Indian Ocean; he was then replying to the publication of an article in a Namibian newspaper announcing the setting up of these bases. A year later, the information has proved not so groundless. Further, it has now become ‘legal’ for China to carry out such operations abroad.
On December 27, Xinhua reported about a new counter-terrorism law which permits the PLA to get involved in anti-terror operations abroad: “According to the law approved by China’s top legislature, the PLA and China’s armed police forces could carry out counter-terror missions overseas with the approval of the Central Military Commission.” 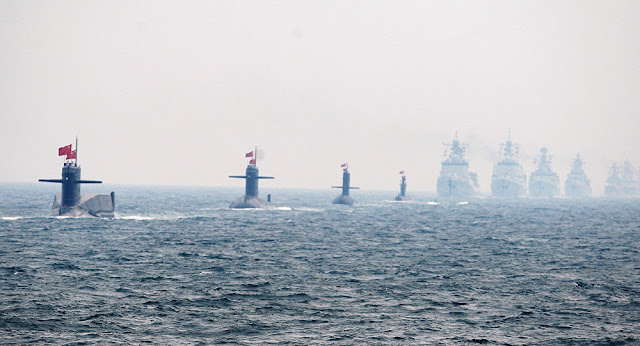 Another development shows this new trend of foreign intervention: On February 5, China Military Online reported that after completing “tough winter training in the Gobi Desert of Xinjiang Uygur Autonomous Region, the PLA Navy’s Marine Corps and a special operation regiment began to embark on the journey returning to their stationed areas.”
Thousands of marines belonging to the PLA Navy carried out “a cross-region long distance maneuver covering over 5,900 km from southern province of Guangdong to northwest China's Xinjiang”. According to the military website, “The marines engaged in independent confrontational exercises, round-the-clock confrontational exercises lasting 72 hours.”
Why should marines belonging to the PLA Navy get training in the desert (and arctic) conditions in the Gobi Desert? The answer is that China has decided to extend its tentacles abroad and Djibouti is among the first spots selected. Last year, The China Daily explained: “Djibouti is a pivotal country in the Horn of Africa standing between the Red Sea and Gulf of Aden. It is a key transfer stop for international humanitarian missions, including those of the United Nations.” The former French colony’s peaceful environment makes it an ideal place for a naval ‘outpost’.
A few months ago, the visit of General Fang Fenghui, the head of the Joint General Staff Department, to a Chinese warship in Djibouti, had already prompted fears of Chinese military expansionism. The Global Times defended the move saying that it was normal for a senior military official to visit PLA soldiers; when it urged the Western media “not to politicise or over-interpret the visit”, few believed it.
According to Duowei News, a media outlet run by overseas Chinese in the US, Djibouti would have ordered US troops to leave Camp Obock, their secondary military base in the country; the place would be given to China. Camp Lemonnier, the main US base hosting 4,000 US soldiers, is a major drone base in the region and is used by the US for gathering intelligence for its operations against the Islamic State and al-Qaida.
Today, not only is China constructing a three-billion-dollar railroad from Addis Ababa, the Ethiopian capital, to Djibouti, but it has also invested $400 million to modernise a port. The US seems unable to follow this rhythm. This has raised serious concerns in Washington, “given the prospect that 10,000 Chinese troops will occupy a base neighboring the main US base in Africa”, noted Duowei News.
The London-based Daily Telegraph remarked that the move may prompt the US “to relocate sensitive intelligence-gathering operations to more secure locations”.
India needs to carefully watch the developments and decide on the role it wants to play in the region, and act fast accordingly.
Posted by Claude Arpi at 5:50 AM