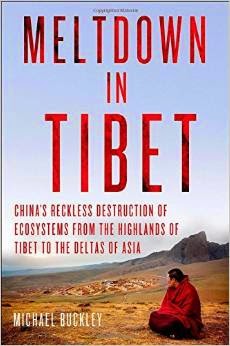 My book review of Meltdown in Tibet by Michael Buckley (PanMacmillan), entitled The Tibetan blues appeared yesterday in the Sunday Pioneer (Agenda) .

This well-documented work delves deep into issues which are bound to get hotter with time, writes CLAUDE ARPI