An Umbrella Revolution in TIbet? 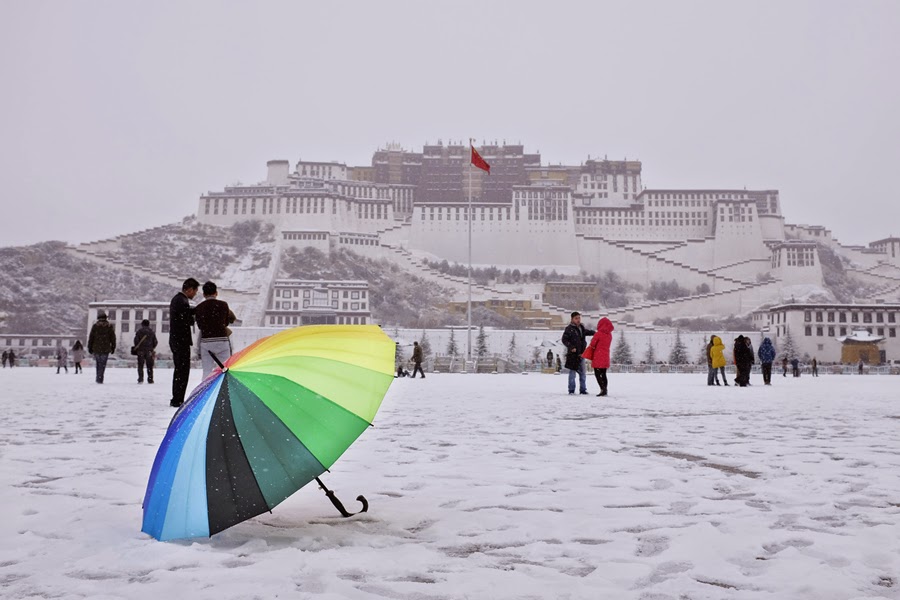 Soon after the new year, China Tibet Online posted a nice picture of the Potala Palace in Lhasa.
Is it an omen that a new 'Umbrella Revolution' will take place in the Land of Snows in the coming year?
We never know!
In the meantime, the local government reported a further tourism boom, with more than 15 million visiting Tibet in 2014 ; an increase of 20 percent compared to the previous year.
Lhasa itself received some 9.25 million tourists, which brought 11.2 billion yuan (1.79 billion U.S. dollars) revenue.
The same China Tibet Online says: "Traditional Tibetan festivities, such as the Horse-racing Festival and the Shoton Festival, the highlight of which is the 'sunning of the Buddha' ceremony in the 600-year-old Drepung Monastery, have proved to be major attractions." It added that Lhasa saw 1.4 million tourists during the week-long Shoton Festival in June.
Tibet is expected to receive 17 million tourists in 2015!
The Disneyland of Snows may need its Umbrella Revolution before it is fully submerged.
But don't think China is not getting ready for it.
Here is a detachment of the People's Armed Police Force (PAPF) training in the snow in Kangding (Tibetan, Dartsedo) in today's Sichuan province. 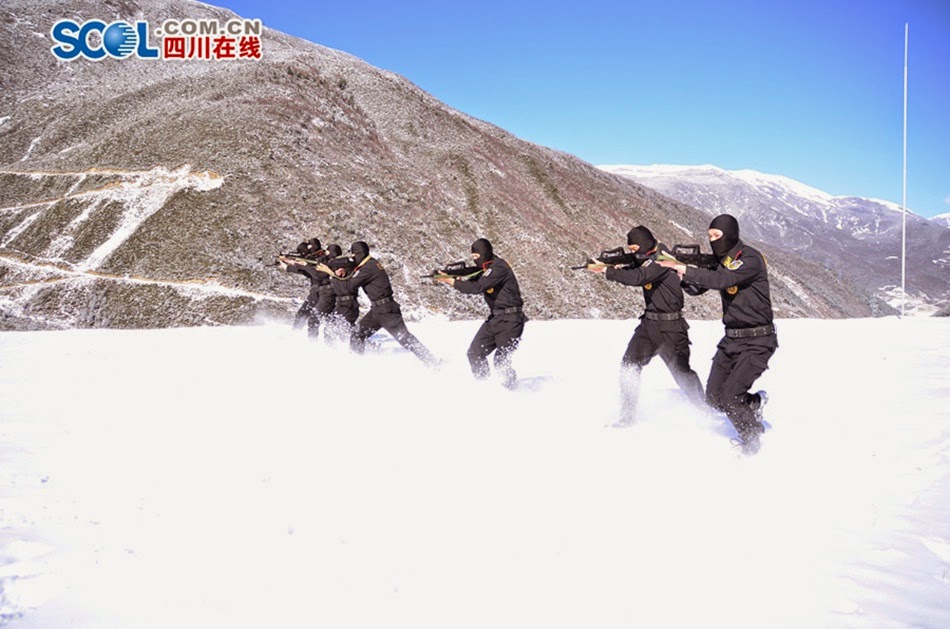 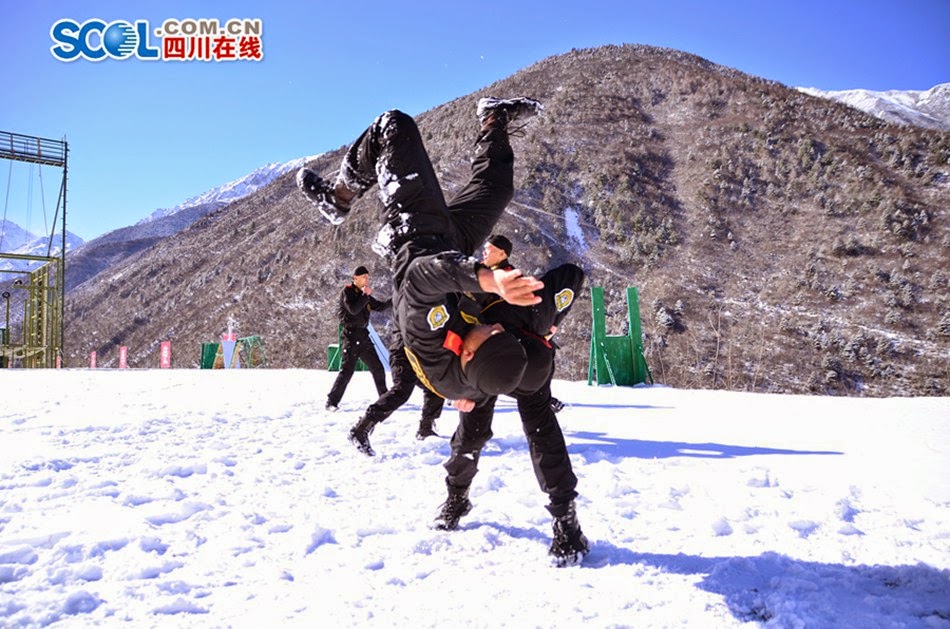 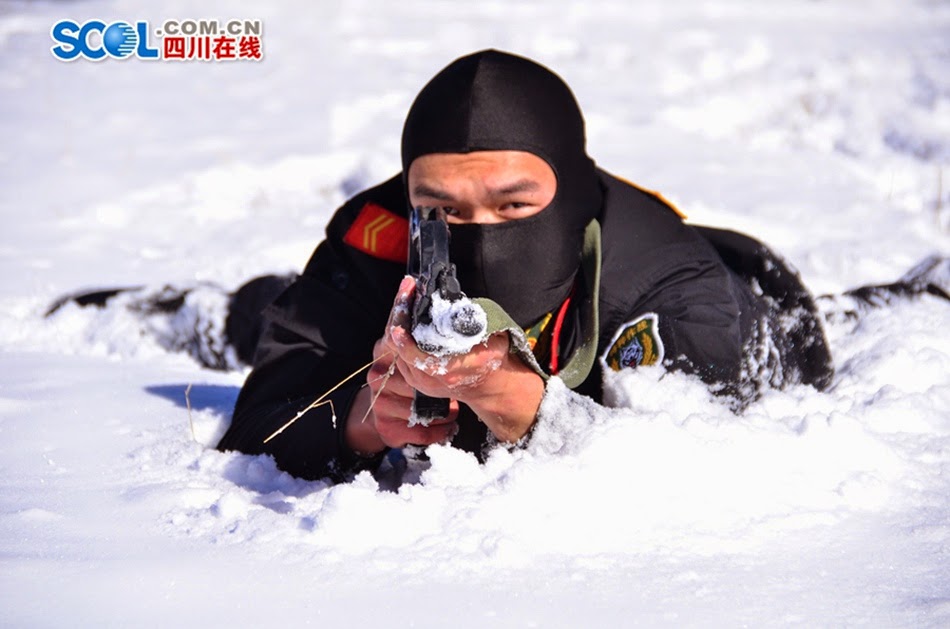 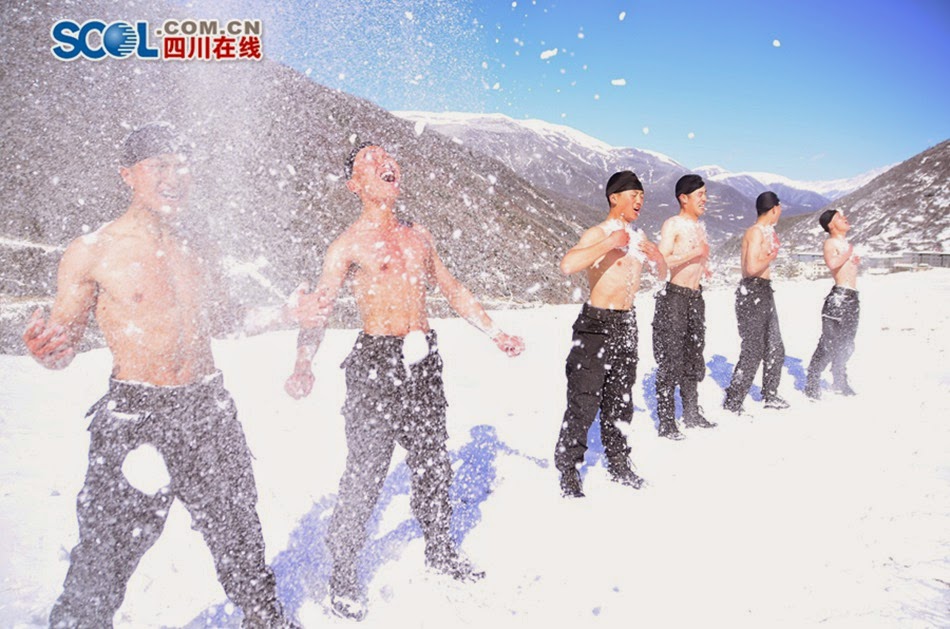