The Return of General Peng Yong 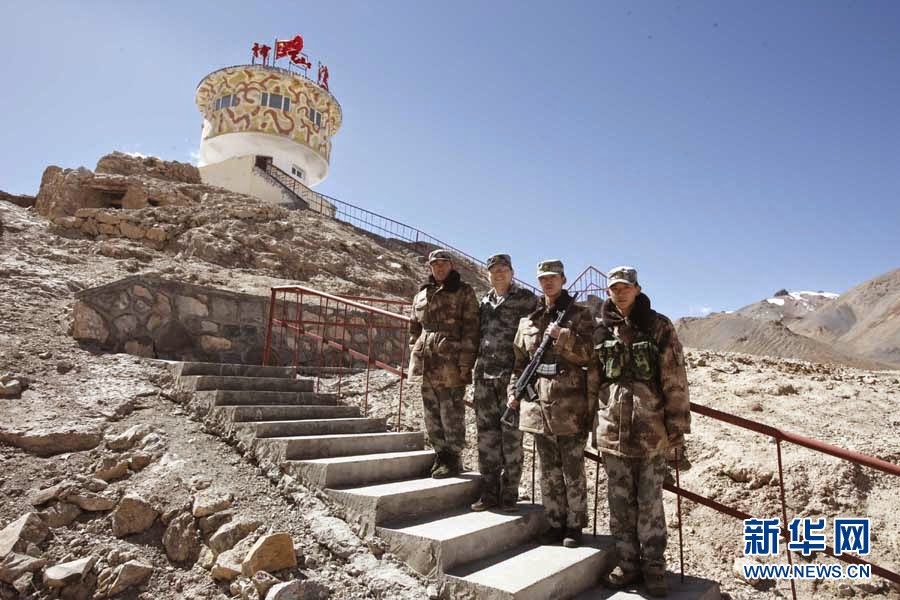 On November 4, 2013, I mentioned on this blog the sacking of Lt. Gen. Peng Yong; it had been then reported by Reuters.
At that time, I thought that Peng's removal from the Standing Committee of the Regional Xinjiang Uyghur Autonomous Region's Party was linked to the Depsang Plains incident in April 2013. I then wrote:


From 2011 till recently, [Peng] commanded the Xinjiang Military Region. In November 2012, he was promoted as a member of the CCP's Central Committee.
Let us remember that the Xinjiang Military Region of the Lanzhou Military Area looks after the Indian border in Ladakh as well as Himachal Pradesh and Uttarakhand.
Reuters says that he had been 'booted off' for the attack, presumably by Uygyur militants, on the Tiananmen Square.
Why should the PLA Xinjiang Commander (and Central Committee) be responsible for a problem of law and order (Tiananmen incident).
The PLA's job is the defence of China's borders and is concerned with external threats from abroad (in this case, India).
The internal threats are dealt with the People's Armed Police (PAP) and State Security apparatus (Public Security Bureau or PSB).
If a head had to roll for the embarrassing (for Beijing) incident which happened in the heart of the Chinese capital, the Party Secretary (and Politburo member) Zhang Chunxian should have lost his job.
PAP and PSB should have also been sacked. They did not. It means that Peng Yong was shown the door for other reasons, the Depsang incident is a strong probability.

I had concluded: "Let us see what happens next."
My reading was that after being sacked from the Standing Committee, Peng would swiftly be removed from his command in Xinjiang Military District.
I was probably wrong, because General Peng has now reappeared and he is apparently going strong.
Quoting him, Chinese military websites title: 'PLA strengthens Xinjiang forces to foil terror attacks'.
The communique explains: "China is strengthening its military power in its northwestern frontier region bordering Afghanistan and Central Asia. The military reinforcement comes against a backdrop of United States troops pulling out of Afghanistan and extremists launching terrorist attacks on civilian targets."
Quoting General Peng Yong, the article says that the PLA troops, based in the Xinjiang Uyghur Autonomous Region will vigorously enforce border controls.
Not only Peng is  still commander of the PLA Xinjiang Military District (of Lanzhou Military Region), but he appears to have been reinstalled in the Standing Committee of the XUAR.
Peng declared that during this year, the PLA will continue to carry out 'realistic combat training' and increase its ability to carry out a variety of military exercises.
According to The South China Morning Post, Peng stated: "We have the responsibility to stay on high alert and strike hard against terrorist activities in the region."
He made these remarks during the annual session of the 12th People's Congress of Xinjiang in Urumqi.
It looks like Peng is back in his old seat in the regional Party.
The South China Morning Post further explains: "Three more PLA generals have been appointed to the Xinjiang military region, including Li Wei, a major general, who will serve as its commissar. The two other appointees, Ye Jianjun and Han Bingcheng, are also major generals. ...Xinjiang is the largest provincial-level military region in China. It has four deputy commanders and four deputy commissars, while other military regions normally have only one deputy commander and one deputy commissar."
Not a word about India's border with Xinjiang and Tibet though the Hong Kong newspaper mentions: "Xinjiang shares a border with Pakistan and Afghanistan. The Xinjiang military region increased the number of routine patrols last year to guard against infiltration by terrorist cells after the planned withdrawal of US troops from Afghanistan."
The return of General Peng Yong shows that one can often be wrong when one assess China. We will probably never know why he was sacked and why he has been rehabilitated now.
The Mysteries of the Middle Kingdom!

Now Yong and Yong are running the Indian borders (Lt. Gen. Peng Yong - Xinjiang and Lt. Gen. Xu Yong - Tibet).
(According to China Military Online, both Xu Yong and Diao Guoxin, commander and political commissar respectively of the Tibet Military Command [or District] who were promoted lieutenant generals on July 15, 2014, participated in the China-Vietnam border war).
Posted by Claude Arpi at 7:05 AM