Kill the Chicken to Scare the Monkeys: CCDI in Tibet

A few days ago, China releases a long list of PLA commanders under investigation for alleged corruption.
The South China Morning Post wrote: "The military made a rare move by listing 16 senior commanders to come under investigation for graft over the last year. The People's Liberation Army has singled out corrupt individual officers over the past two years but never so many at one time. The list includes familiar names as well as new additions, including two from the logistics department, a PLA unit that oversees military spending."
The list of the 16 generals was made public.
The situation is different in Tibet.

Yesterday, The Global Times announced: "Several officials who participated in the illegal underground 'Tibetan Independence' organization, provided intelligence to the Dalai Lama clique and assisted activities that would harm national security, were put under investigation in 2014." The mouthpiece of the Party quoted 'authorities' in the Tibet Autonomous Region.
However, no names were given.
Why this double-standard between Party cadres in Tibet and PLA generals?
Wang Gang, an official of the Central Committee of Discipline Inspection (CCDI) stated that "15 officials were punished by the Communist Party of China (CPC) for violating Party and political discipline in 2014."
Who are they?
We are only told that there are "Six 'typical' cases of Party members and civil servants violating discipline and 45 officials who abandoned their positions and neglected their duties".
Did they visit Dharamsala during their holidays? Wang would not say, though we are told that they have been severely punished.
Ye Dongsong, head of the CCDI inspection team who visited Tibet in November 2014 added: "Some officials failed to take a firm stand on issues related to the Tibet question and some grass-root officials in the region were found to be seriously corrupt."
The CCDI official suggested that the Tibetan regional government should focus "on neutralizing separatists and maintaining social stability, cracking down on corruption and strictly monitoring projects in the region."
It looks to me  like 'killing a few chicken for scaring the monkeys', as the Chinese proverb says.
Last week, during the 'Two Meetings' (the annual Tibet People's Congress and Tibet People's Political Consultative Conference), all the big shots were around. It probably means that the 15 black sheep who dared admiring (or worshiping) the Dalai Lama, are relatively junior officials posted at the county level.
[Three days after writing this post, Xinhua, quoting the CCDI's website, gave a name. It was announced that "Losong Tsering, secretary of the CPC committee of Tibet's Transportation Department, is the subject of an investigation relating to 'serious disciplinary violations', according to the regional discipline inspection commission. The commission did not elaborate on the 'violations'." Losong Tsering served earlier as Party Secretary of Shannan (Lhoka) Prefecture from 2006 to 2011].

By the way, Caixin.com reported that "Two-Thirds of Provinces Say They Missed GDP Growth Targets in 2014," and added: "At least two-thirds of China's provinces, regions and municipalities failed to meet their targets for gross domestic product growth for last year, prompting regional governments to lower their projections for 2015."
Interestingly, among the 22 provinces and regions which have released macroeconomic statistics for 2014, only Tibet managed to meet the target of 11 percent growth.
One could add, thanks to the tourism boom.
This year too, the Two Meetings witnessed the usual fashion show.
Please note that some of the 'models' were not really politically correct as they wore animal fur. 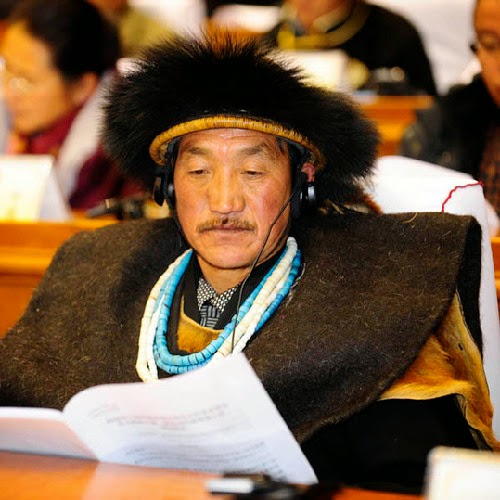 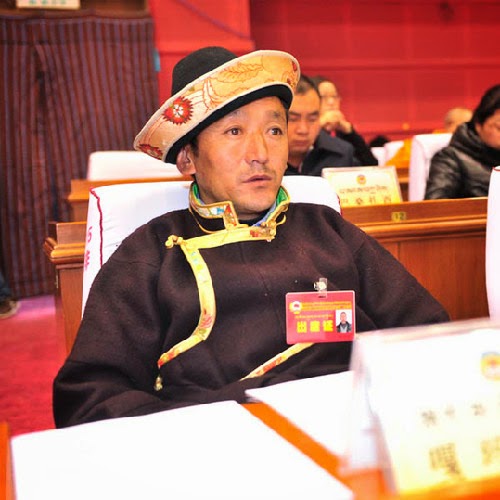 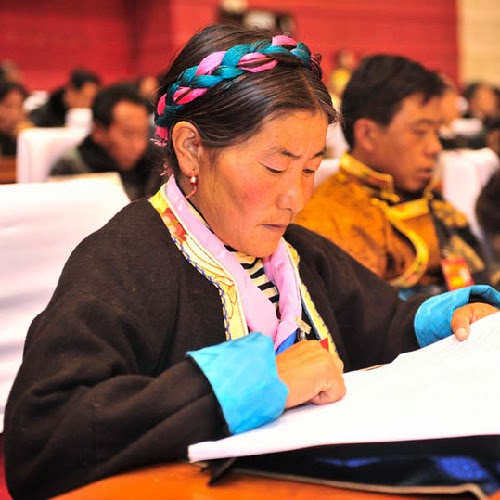 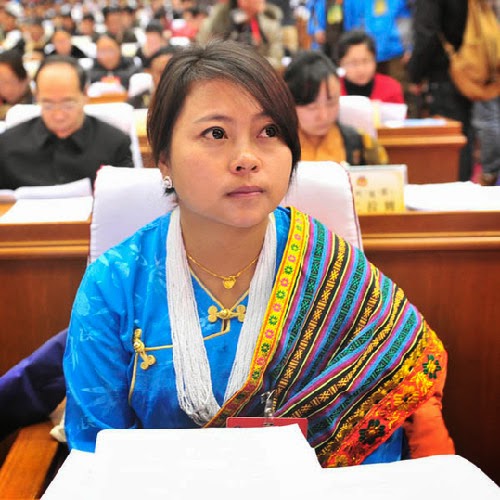 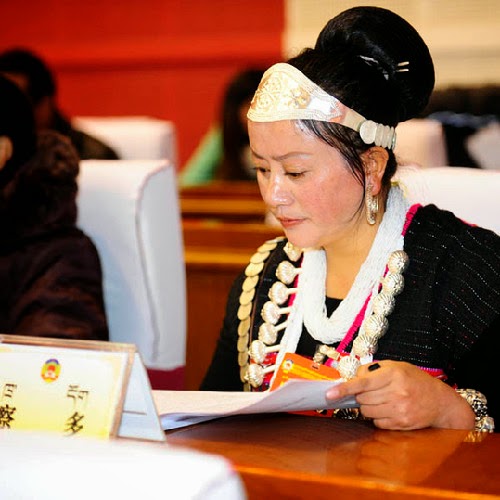 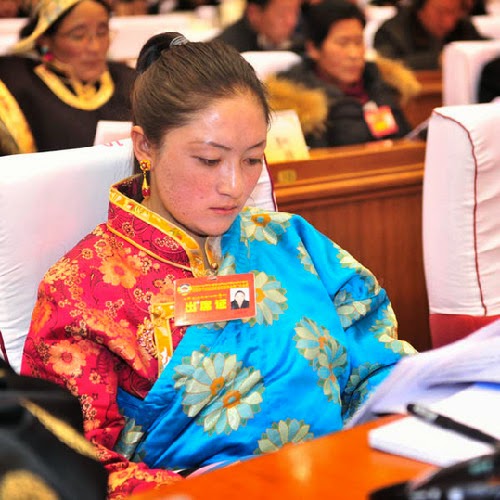 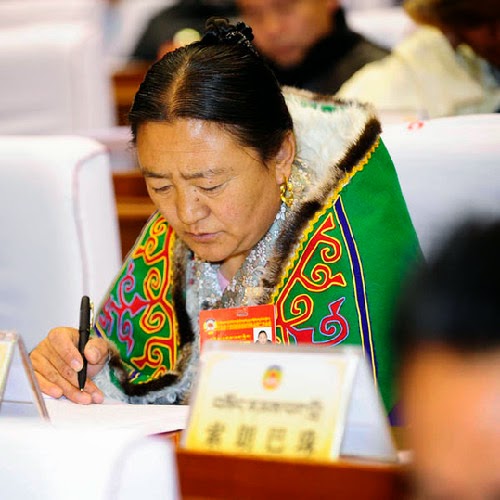 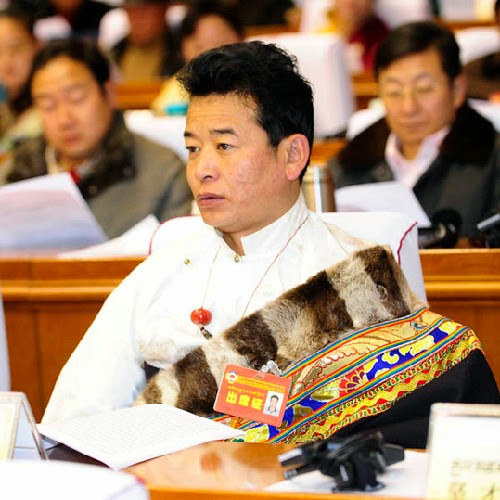 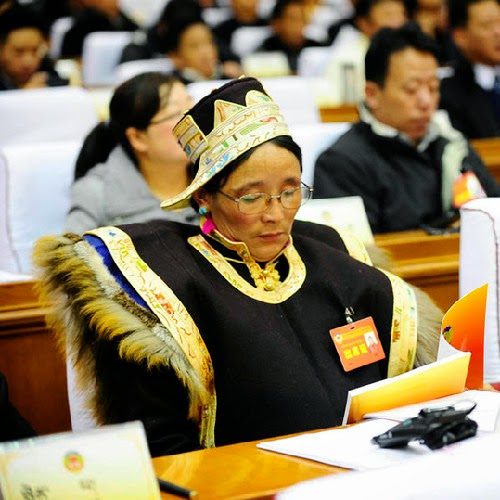 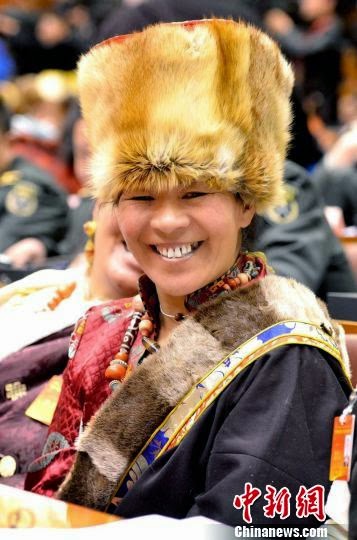