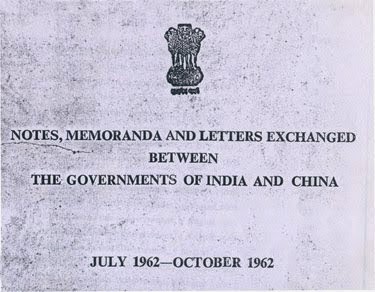 I have posted on my website, a digital version of the White Paper No.VII (also known as Notes, Memoranda and Letters Exchanged Between the Governments of India and China).
This volume relates to the period between July 1962 and October 1962, the months preceding the India-China War.
It was published by the Ministry of External Affairs Government of India in November 1962 :