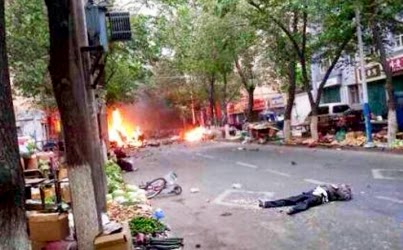 While the Pakistani Prime Minister was pondering about obeying or not, his Army Chief, who was not keen on the Pakistani PM visiting Delhi to attend the swearing-in ceremony of Narendra Modi, the situation dramatically worsen on Pakistan's northern borders.
I have reported on this blog the visit of President Xi Jingping to Xinjiang.
Xi was then accompanied by 5 other members of the CCP's Politburo.
I have also mentioned that Meng Jianzhu, member of the Politburo responsible for Law and Order was not in attendance in Kashgar and Urumqi.
As far as I know, so far nobody has explained why.
The terrorist attack in the Urumqi's railway station (at the end of Xi's visit) and the more recent one in the streets of Urumqui demonstrated that there are serious law and order issues in the restive region.
Let us not forget that Meng Jianzhu is the secretary of Central Politics and Law Commission of the Communist Party of China.
Wang Zhengwei, who heads the State Ethnic Affairs Commission as well as the Office of the Xinjiang Work Coordination Small Group, was also missing, although he is supposed to be one of the officials directly responsible in the restive province’s affairs.
On the day of the terrorist attack in Urumqi, which left 31 people dead and a large number of injured, President Xi met with Mamnoon Hussain, the President of the Pakistani Senate.
During their encounter, the two leaders agreed "to strengthen their cooperation in counter-terrorism efforts."
Xi stated that "China backs Pakistan in practicing a counter-terrorism strategy based on its national conditions and is willing to enhance bilateral security cooperation to safeguard the peace and stability of the two countries and the region."
This is a clear reference to Xinjiang. 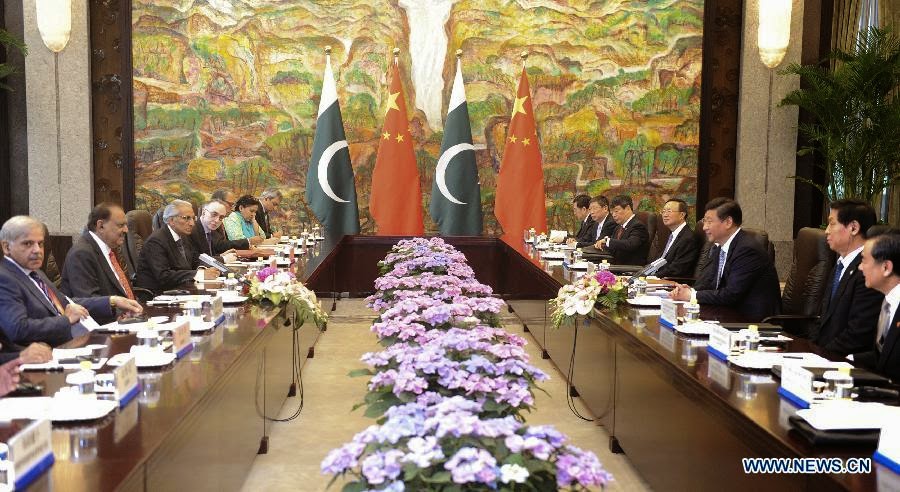 Was President Xi informed of the attack in Urumqi when he met Hussain?
It is not clear.
A day later, Zhang Chunxian, Xinjiang Communist Party secretary, urged security personal to carry out the 'spirit' of President Xi Jinping's anti-terrorism campaign, which "will make full use of political and legal forces, army and armed police in Xinjiang," said Xinhua. Zhang added that the objective was to "focus on terrorists and religious extremist groups, gun and explosive manufacturing dens and terrorist training camps".
During his meeting with the Chinese President, Hussain affirmed that "the 'East Turkistan' terrorism forces are a common enemy of Pakistan and China and vowed to make joint efforts with China to combat the terrorists".
Hussain promised that "Pakistan will take effective measures to ensure the safety of Chinese citizens and projects in the country."
But when one sees that the Prime Minister of Pakistan does not even have the power of decide of his visit abroad, one can doubt if the Senate President can deliver the goods.
More importantly for Beijing, it was an occasion to send a strong message to China's all-weather friend. Xi hailed the development of China-Pakistan relations; he told Hussain that he is willing "to pay a state visit to Pakistan at a proper time to push bilateral strategic coordination and pragmatic cooperation to a new stage."
Hussain answered something which may surprise Washington: "the Pakistani-Chinese friendship is the foundation of Pakistani foreign relations."
The President of the Senate reiterated that Pakistan appreciates China's long-term support.
Xi said that Chine was keen to "promote the construction of the China-Pakistan economic corridor, an important part of the Silk Road economic belt and the 21st century maritime Silk Road."
At the same, the two sides will take joint projects such Pakistan's Gwadar port and Lahore Metro.
Hussain approved of the Economic Corridor and added that Pakistan was willing to create good conditions for these projects.
Hussain had come to China to attend the fourth summit of the Conference on Interaction and Confidence Building Measures in Asia (CICA).
This does not explain the terrorist attack in Urumqi the same day.
Soon after the incident, Xi pledged to 'severely punish violent terrorists', and 'crack down on them with a heavy fist', Beijing blames 'Islamists and separatists' for the worsening violence.
At her daily news briefing, Foreign Ministry spokesman Hong Lei said "Judging from the many terrorist attacks that have taken place and the relevant perpetrators, they have received support from terrorist groups outside China's borders."
From Pakistan? Probably?
According to The South China Morning Post: "Assailants in two vehicles ploughed into shoppers and traders and threw explosives at a street market. One of the vehicles exploded and more than 90 people were injured."
Without identifying the source of its information, The Global Times reported that five people carried out the bombing. The official Partys' mouthpiece said authorities "are investigating whether there were other accomplices".
We may probably never know the details.  But if the support has come from 'outside China', Pakistan may be in trouble with Beijing.
It is worth watching closely.
And what about the attack against the Indian Consulate in Herat?
From where the terrorists came from? 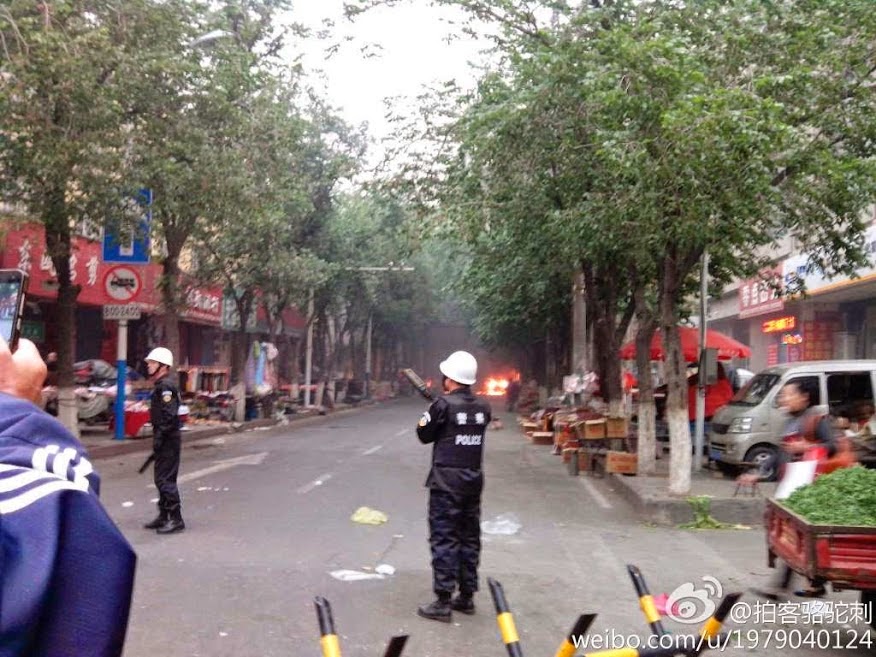 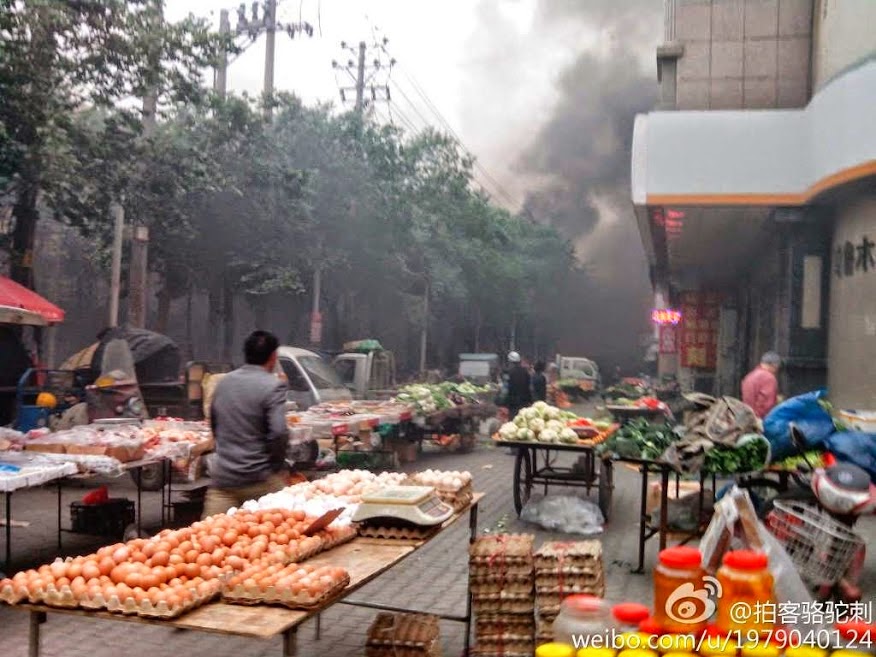 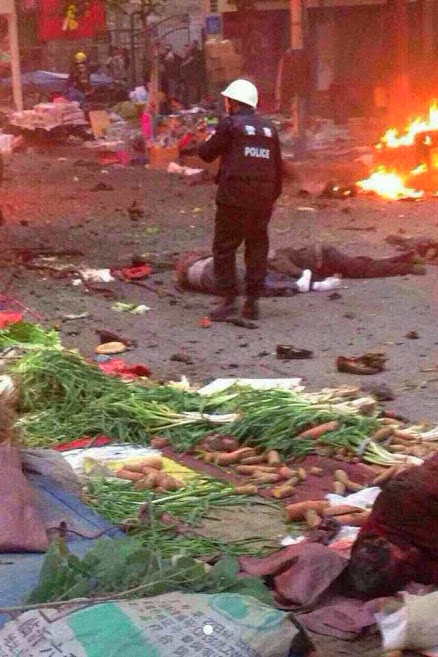 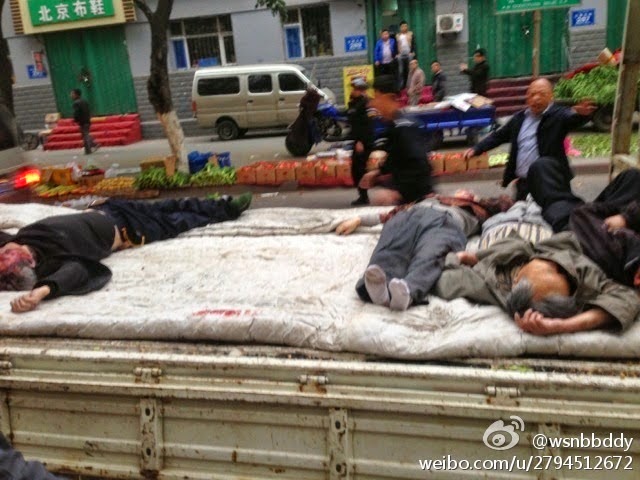 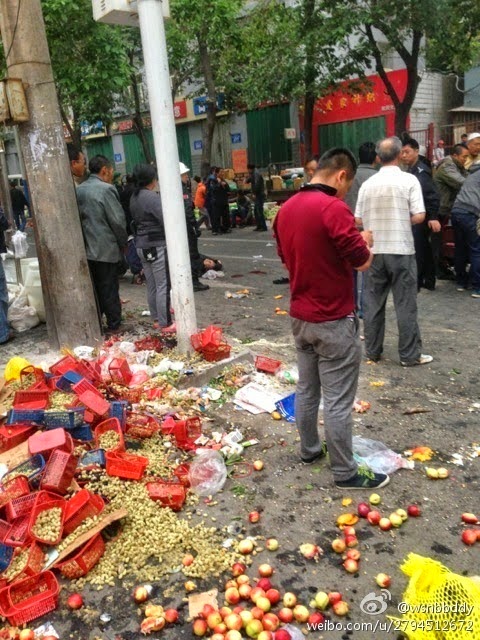 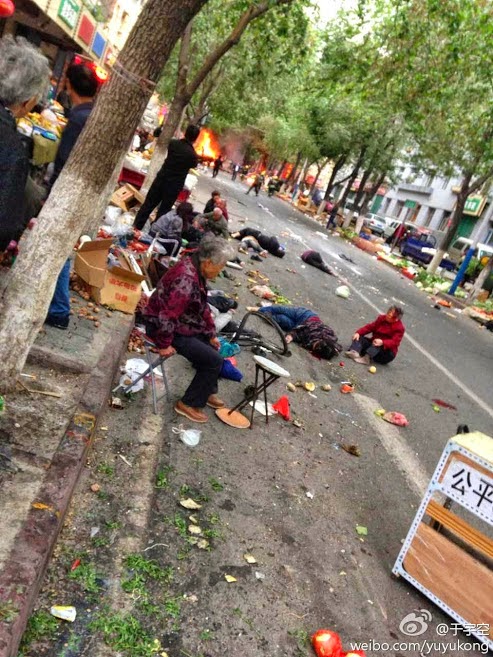 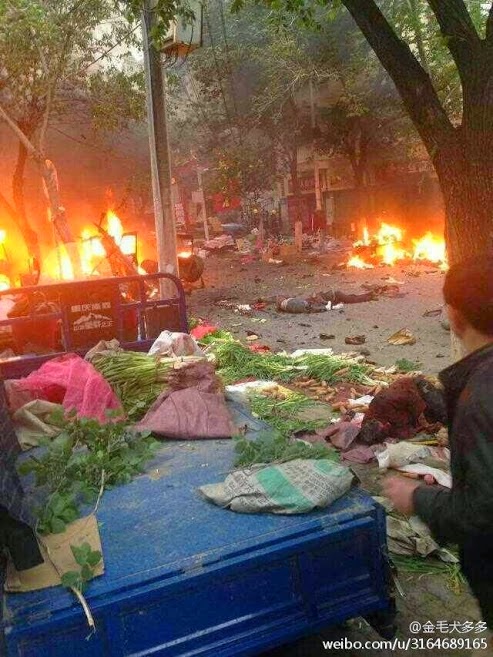 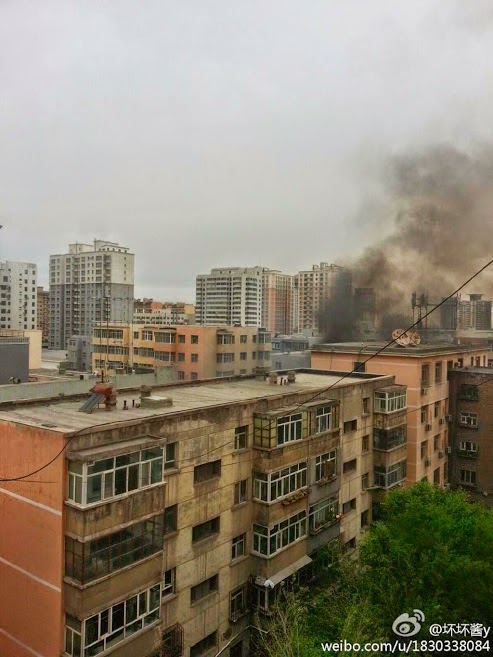