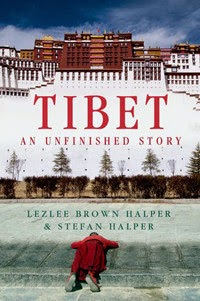 My review of Tibet: An Unfinished Story ('Reading a Tibetan tale') appeared in The Pioneer today.

The day Indian researchers have access to the MEA’s or MHA’s archives, the history of Tibet in the decades after Independence will be seen from a different angle, observes CLAUDE ARPI