Who are the Joint India-China anti-terror exercices targetting? 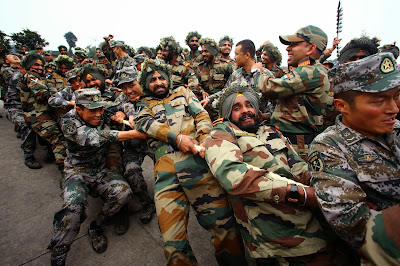 The Indian press as well as Xinhua and The Global Times have reported the joint military exchanges betwen India and China.
Xinhua wrote: "The Chinese and Indian armies started a joint anti-terrorism military training drill in Southwest China's Sichuan Province. During the training, code-named 'Hand-in-Hand 2013', participating soldiers will conduct drills in tactical hand signals, arrest and escort, hostage rescue and joint attack, as well as a comprehensive anti-terror combat drill. China and India each sent one company of 144 soldiers to participate in the drill."
This is third edition of the exercises between the two countries. The previous drills, under the same code-name 'Hand-in-Hand' were held in Kunming in China in 2007 and Belgaum in Karnataka in 2008.
This time, the 16 Sikh Light Infantry of India and 1st Battalion Infantry Division of 13 group PLA participated.
Chinese troops from the 1st Company of Infantry Battalion of Chengdu Military Area Command and the Indian Army troops from 8 Maratha Light Infantry Battalion took part in 'Hand-in-Hand 2008'.
The 'Hand-in-Hand 2007' involved 103 ground troops from the PLA and an equivalent number from the Indian Army belonging to 15 Jammu and Kashmir Light Infantry (JAK LI). It was held at the PLA's Kunming Military Academy in Yunnan Province.
There is a disturbing question: these anti-terror exercises are directed at who? At the Tibetans? At the Uigyurs who have been branded 'terrorists' after the recent Tiananmen incident?
Obviously, the official communique does not tells us.
Xinhua however mentions: "Yang Jinshan, head of a Chinese military observer delegation and deputy commander of the Chengdu Military Area Command of the People's Liberation Army of China, said the training is intended to exchange anti-terror experiences, enhance mutual understanding and trust, and boost cooperation between the Chinese and Indian armies."
Who is Lt. Gen. Yang Jinshan?
Lt. Gen. Yang Jinshan is a member of the all-powerful 18th CPC Central Committee
He is born in 1954 in Xi County of Henan Province. He joined the Communist Party in 1972. He headed the PLA’s Armament Department of Chengdu Military Region from 2007 to 2009. He later became Commander-in-Chief of Tibet Military District under Chengdu Military Area Command.
In November 2012, he was elected member of the Central Committee of China's Communist Party (CCP).
General Yang had become a major general in 2005 and a lieutenant general in 2011. He served most of his career in Chengdu (Sichuan) and Tibet.
He was (is) probably the PLA representative in the Central Tibet Work Coordination Working Group, the group which decides the Party's policies for Tibet and their implementations on the ground.
Today, General Yang is one of the 5 or 6 Deputy Commanders of Chengdu Military Area Command. He probably continues to look after Tibet affairs, which means all military/security issues as well as borders with India and Nepal. He also liaises with the People's Armed Police Forces as well as the Public Security Bureau and the Peoples' Liberation Army Air Force.
Here are some pictures of the successive 'Hand-in-Hand' exercises: 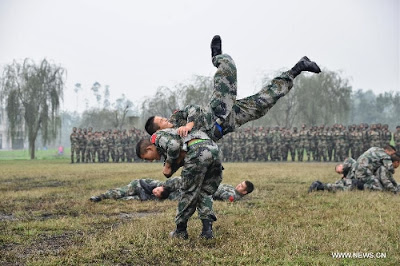 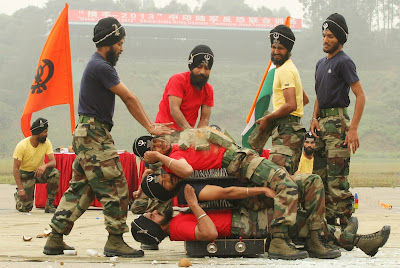 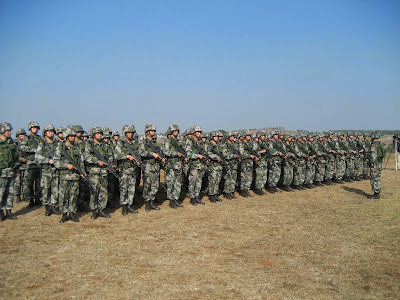 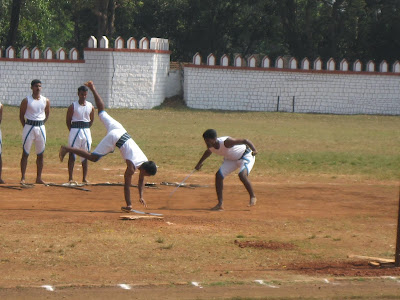 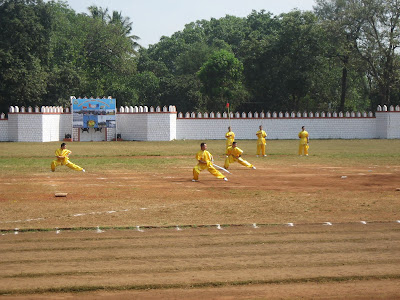 Pictures of the recent joint exercises 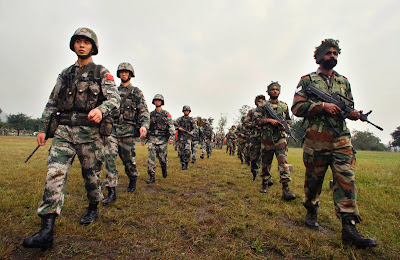 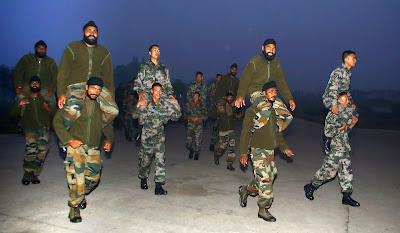 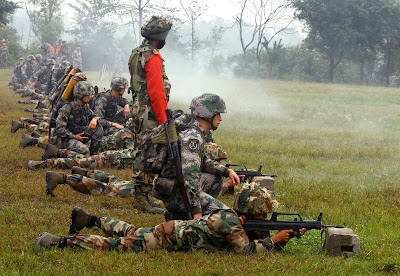 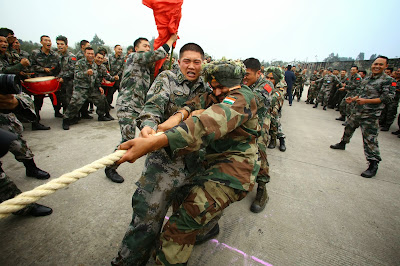 China is sponsoring terrorism in India by arming insugrents in North East of India, Maoist in central India and Pakistan backed terror organisations. We India's are teaching the Chinese PLA how to combat terror. What a great irony. We should be supporting independence movement in Tibet and East Turkestan instead. An independent Tibet and East Turkestan will be in India's national security interest. India should also help Mongolia in claiming back inner Mongolia.