When Mao's train was bugged 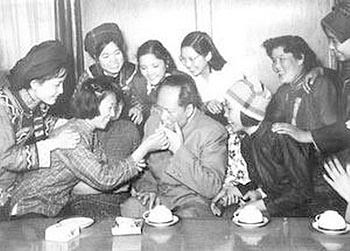 According to The New York Times and several other newspapers, Bo Xilai was sacked because he taped the conversations of senior Party leaders, including President Hu Jintao.
Did Bo Xilai spied on Vice-President Xi Jinping’s when the latter paid a brief visit to Chongqing in December 20120?
We will probably never know.
In any case, bugging is not something new in China.
Dr Li Zhisui, Mao's Private Physician reported in his book, The Private Life of Chairman Mao that it happened to the Great Helmsman in 1961.