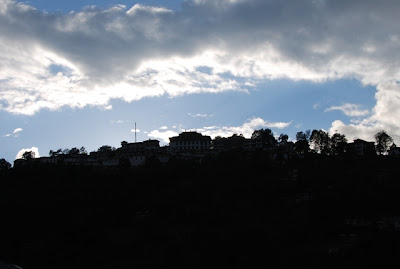 In recent weeks, several senior analysts have predicted a repeat of the 1962 conflict between India and China.
The most prominent is Brahma Chellaney of the Centre for Policy Research who wrote in India Today: “As the 50th anniversary of China’s invasion approaches, history is in danger of repeating itself, with Chinese military pressures and aggressive designs against India not only mirroring the pre-1962 war situation but also extending to Pakistan-occupied Kashmir (PoK) and the oceans around India. China’s expanding axis of evil with Pakistan, including a new troop presence in PoK, heightens India’s vulnerability in Jammu and Kashmir, even as India has beefed up its defences in Arunachal Pradesh.”
Ali Ahmed, a Senior IDSA Fellow published a Brief (‘A Consideration of Sino-Indian Conflict’) in which he attempted to fill a gap “by dilating upon conflict scenarios along the spectrum of conflict.”
Ahmed wrote of limited hostilities which “could be confined to a specific section of the border, limited in duration and amenable to a negotiated termination,” a Kargil-type situation.
Ahmed examined also the possibility of China “indulging in a territorial grab by entering an area such as Tawang in Arunachal Pradesh”.
One argument is that India is not prepared for a war today, it is therefore the perfect time to attack her: “Since India would be better prepared by then [in a few years], China may instead wish to set India back now by a preventive war.” It is only hypothetic scenarios, says Ahmed!
While in recent months the Indian press has been full of the amazing infrastructure development in Tibet: new airports, four-way highroads, five-star hotels, and a railway line coming ever closer, India has progressed at less than snail pace. 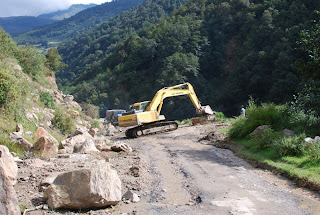