Accept the oneness of humanity 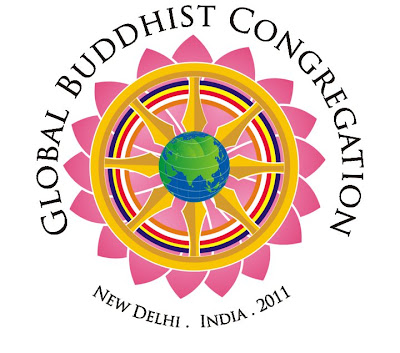 The Chinese newspaper The Global Times wrote: "China and India mustn't go for the throat".
It further said: "Currently, India is a bit pushy in its relations with China. The country appears to be highly interested in facing off with China. But that contest is not the primary focus of the Chinese society."
Why is India pushy?
It seems that it is just because India is  hosting a Global Buddhist Congregation on the occasion of the 2600th anniversary of the Enlightenment of the Buddha, the greatest Son of India in Rishi Sri Aurobindo's words.
China wanted India to cancel the Dalai Lama's participation to the event.
As the result China has decided to postpone the scheduled border talks.
The Global Times continues: "Both countries should stay calm and not take small issues to a level of strategic hostility. India's power and its development will not make it a strategic enemy to China."
Who is not calm?
Beijing should start practicing some of the Buddhist techniques which help quieting the mind. It would good for world peace.
When one reads the Dalai Lama's message, one does not have the impression that he is an unreasonable 'devil' in monk's garb.
Read it! It makes sense and it is relevant to today's world.
By the way, the Buddhists should thank China for the unexpected publicity they got after the announcement of the postponement of the border talks.

Message of His Holiness the Dalai Lama to the Global Buddhist Congregation, New Delhi, November 27 - 30, 2011