The US Double Standards 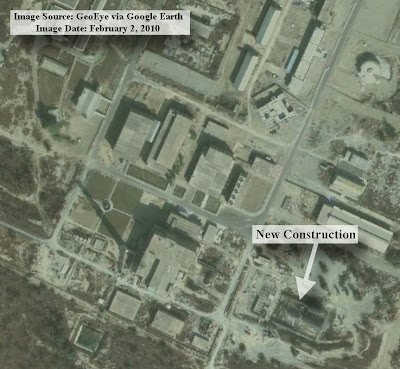 While the US Administration once again shows double standards in terms of nuclear proliferation and supports rogue States such Pakistan, the Chairman and Managing Director S K Jain State-owned NPCIL told reporters at Kalpakkam Atomic Power station that "NPCIL is under no compulsion that just because you have entered into a governmental agreement, you have to sign an agreement with Areva. I will buy the reactor at my terms which are very clear and that are technically acceptable to me."
Does it mean that NPCIL does not care for the two agreements signed by the Governments of India and France in December 2010 — general framework agreement and an early works agreement — for construction of two of Areva's Evolutionary Power Reactors of 1,650 megawatts each in Maharashtra.
It is also surprising to hear a Government servant declaring "I will buy". The agreements are between two sovereign nations, not individuals.
Of course, it does not mean that both parties are exempted to negotiate a detailed contract involving all parties including contractors and sub-contractors (keeping in mind the recent nuclear accident in Japan and the Nuclear Liabilities Bill).
The framework agreements signed  in December cover supply of nuclear fuel for 25 years at Jaitapur site for two 1,650 MW reactors (and eventually for six).
Jain added: "I cannot purchase that costly power otherwise the company would become bankrupt."
Fixing the price of the energy is one of the many objectives of the negotiations; nobody has asked Mr Jain to go bankrupt. NPCIL has quite a childish Chairman. It is not of good omen for the future collaboration between India and France in Maharashtra.
In the meantime, Pakistan is going ahead with Chinese technology.


China a pass on NSG commitments for Pakistan nuclear deal
Ananth Krishnan
Not to oppose China's building of two nuclear reactors in Pakistan
The United States has indicated it will not oppose China's building of two nuclear reactors in Pakistan, and will give Beijing a pass on its non-proliferation commitments by allowing the deal to go ahead in spite of concerns that it will violate international guidelines governing nuclear trade.
Last week, the International Atomic Energy Agency (IAEA) gave its approval to a safeguards agreement for two new reactors that China is building at Chashma. The deal, many countries say, goes against China's commitments as a member of the Nuclear Suppliers Group (NSG), which bans the sale or transfer of technology to countries that have not signed the Nuclear Non-Proliferation Treaty (NPT).
U.S. Assistant Secretary for South and Central Asian Affairs Robert Blake told journalists here he did not bring up the deal during talks with Chinese officials this week on South and Central Asia. While he reiterated the U.S. view that the deal was “inconsistent” with China's NSG commitments, he also mounted a defence of the need for the deal in a briefing with reporters, linking it to an energy crisis and instability in Pakistan.

“Considerable challenge”
“What I'd like to emphasise is that it's very important that, on the one hand, China observe its NSG obligations, but on the other hand, the international community do as much as possible to help Pakistan to meet its energy needs,” Mr. Blake said. “Pakistan is facing quite severe energy shortages in many parts of the country. So the United States has been, I think, in the lead in many cases in trying to help Pakistan to deal with those challenges, and to not only refurbish some of its existing capacity...but to look at new ways to help meet those energy challenges. But those remain a very considerable challenge in Pakistan, and that will be one of our highest priorities, going forward.”
While the American position was that the construction of the two new reactors, Chashma 3 and 4, would be “inconsistent” with China's NSG commitments, the U.S. had “also been very clear on the need to support Pakistan's energy development,” he said. Mr. Blake's comments mark a shift in the U.S. position over the deal, suggesting that the U.S. will neither oppose the deal nor question China over its NSG commitments.
Only last year, during a visit to Beijing in May, Mr. Blake stressed “it would be important that China seek the exception from the NSG,” just as the U.S. did for its deal with India. The NSG granted an exemption for India's civilian nuclear cooperation with the U.S. to go ahead in 2008, but only after more than three years of difficult negotiations and after India took on a range of commitments. But in recent months, the U.S. has appeared to shift its stand, amid pressure from Pakistan for a similar civilian nuclear deal and a move to bring back on track its ties with China. Following a strained year, the U.S. has been working to mend fences, also seeking Chinese support on North Korea and Iran.
Mr. Blake said on Friday the U.S. would also seek to work closely with China on South Asia. The U.S. believed that “coordinating our efforts in the region with major actors like China” was “very much in our own interest,” he said, adding that he welcomed China playing “an important role” in the region.
Mr. Blake acknowledged that India had expressed concerns about the deal, and “to hold China to its NSG commitments.” However, he said the Indian side also understood “that Pakistan has severe energy needs and that this affects internal stability.”
Asked about perceptions here that the India-U.S. relationship was aimed at China, he said the U.S. had “reassured our friends in China that growing relations between India and the U.S. will not come at China's expense.”
“We want to see the growth of our relations with India, our relations with China, and India's relations with China,” he said.