PLA: new radars on the Roof of the World 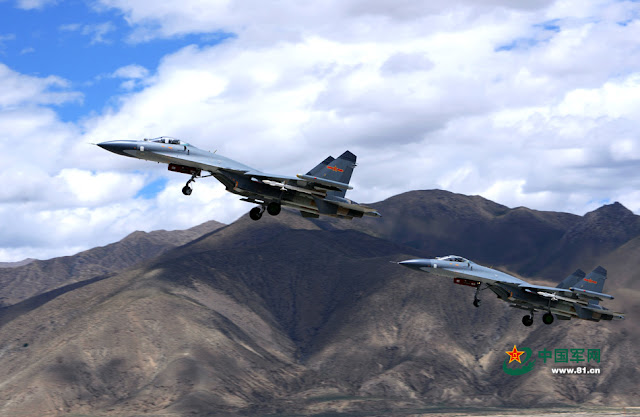 On August 24, The People's Daily Online reported that three more unattended radars were soon to be installed in Tibet.
The mouthpiece of the Chinese Communist Party reminds us that China’s “first unattended radar station has stood eight years on the top of Ganbala Mountain, with a height of 5,374 meters above the sea level on Qinghai-Tibet Plateau.”
Now, the website affirms that “another three unattended radars were going to be installed in order to form a radar network with the previous one.”
As mentioned on this blog in 2012, Kampa-la (Ganbala in Chinese) is located in Nagartse County of Lhoka/Shannan Prefecture.
At that time, we were told that a very good road had been built to serve the highest radar station in Tibet (and the world).
Kampa-la is the last pass in Nagartse county, before the road reaches Lhasa valley. Nearby is the stunningly beautiful 72 km-long Yamdrok Yumtso Lake, one of the three largest sacred lakes in Tibet. The lake is surrounded by many snow-capped mountains. It has become a tourist attraction and literally millions of Han visitors come every year to click a selfie on its shores.
The news of a radar station in this area, first appeared in 2008, when some soldiers were demobilized from the radar regiment of the PLA Air Force. The Chinese media then commented: “The percentage of oxygen in the air on the Ganbala Mountain is only 48 % of which at the sea level. That is why the mountain is viewed as the ‘life forbidding zone’.”
Today, The People’s Daily admits that in October 1965, China had already completed the construction of Kampa-la radar station: “then the highest manned radar station in the world.”
The radar station is today unmanned.
The People’s Daily now adds: “For over 40 years, this radar station is used to secure surveillance and provide civilian air navigation services in Tibet.”


They were to engage in a confrontation drill in the black sky. The regiment pays much attention to the training of air battle at night, which has become a routine training program in its annual training plan. To enhance the combat capability of the air force, China began to make J-11 heavy fighters by introducing from Russia the production line of Su-27 heavy fighter in 1990s. Since 2002, the China-made J-11 heavy fighters have been among the arrays of warplanes of the PLA Air Force. The J-11 and J-11A heavy fighters are now widely serving in the aviation troop units of the Air Force and the Navy of the PLA.


Today, although the smoke of war has dispersed, the ghosts of militarism still linger. Some Japanese political organizations and politicians go against the tide of history and against peace and justice; they selectively forget the disaster they brought to another country but they always remember their own ‘misfortunate.’ They resolutely deny the barbaric crimes of the Japanese invasion, insist on paying tribute to their war criminals, forcibly lift the ban on collective self-defense, openly distort historical facts, trample on the human conscience, and undermine the post-war international order.”

It was emphasized in bold font:


Through these phenomena, we can easily see that Japanese militarism’s desire to eliminate China has never died, that is has refused to recognize the defeat in that war, and that it has secretly been gathering strength in an attempt to stage a comeback. Without vigilance and precautionary measures, there is still the risk of a repeat of this tragedy of history.


At present, China is at the critical juncture of becoming big and strong. Some Western countries are unwilling to see the rise of China, doing everything possible to contain and suppress China, repeatedly squeezing China's strategy for development, and bringing the focus of international strategic competition toward the Asia-Pacific region. Thus the likelihood of disturbances and war taking place on our doorstep has increased.

‘Tibet’, in other word ‘the borders with India’ needs too, to be ready for any eventuality. The radars and the night exercises are the best proof of the intensive 'preparations' which are going on.
But about China becoming 'big and strong', but it is not what the Shanghai and other Chinese stock exchanges have shown the recent days.
But a weaker China could become more aggressive. 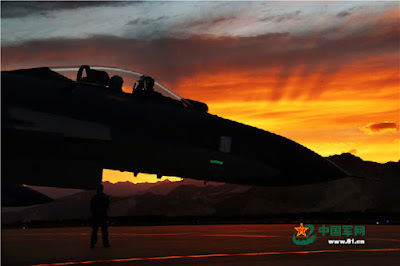 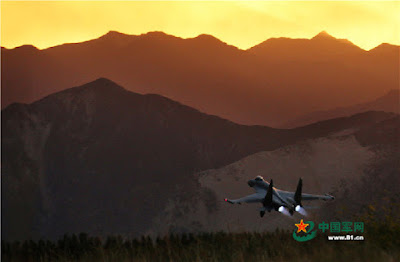 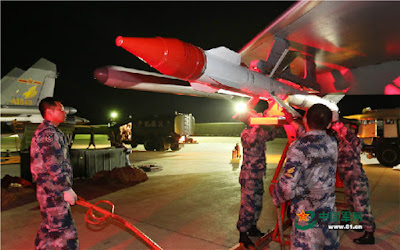 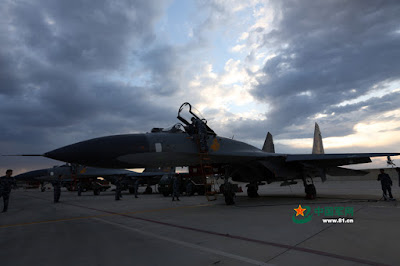 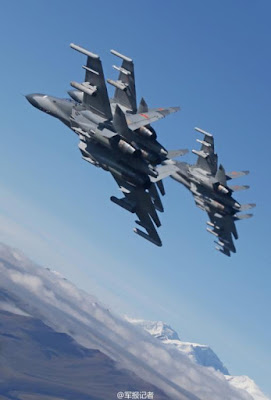