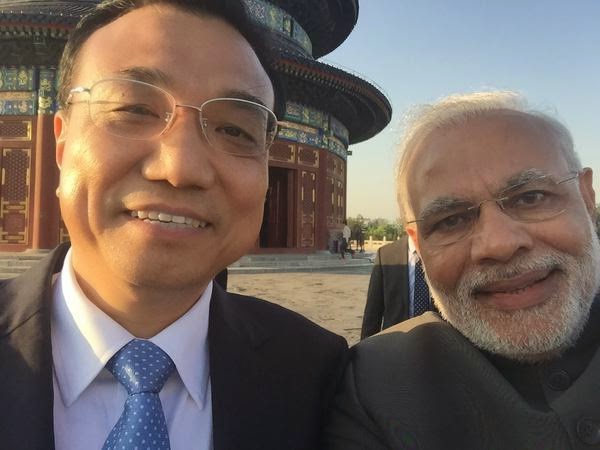 In May, I wrote an article China visit and after – Undoing Nehru’s folly which appeared in NitiCentral.
It was about Nehru's rejection of a seat for India in the UN Security Council.
It occurred twice.
The first time in 1950, when the State Department made the offer and a few years later, when the Soviets were ready to sponsor India for a seat.
Both times, Nehru refused.

Since then, I got a copy of a letter from Nehru addressed to his sister, Vijaya Lakshi Pandit, then the Indian Ambassador in the United States, in which he justifies his refusal.
Here is Nehru's letter.

SECRET
PERSONAL
New Delhi,
August 30, 1950.
I have your letter of August 24th. Also Einstein’s new letter.
As far as I can see at present, I shall not be going to Lake Success, But of course there is always a possibility of some new development which might induce me to go there. I am quite sure that my going there casually will do no good to anyone. Einstein and people like him, with their simplicity and good-heartedness, think that some magic might result by a personal intervention. We can hardly plan for magic. Frankly, I do not want to make myself cheap and to get entangled in the internal controversies and debates of Lake Success.
Living in the United States, you are naturally oppressed by the atmosphere there at the present moment. You dislike it and you criticize it. Nevertheless, your view of the world situation is necessarily influenced by your environment. That environment and what happens there is of very great importance because, as you put it, the issue of war and peace may depend upon it.
It is clear that the world outlook today of the British people is markably different from that of America, even though they might be functioning more or less as allies. Western Europe again is also different in its own way. If you travel further to Russia, you are of course in a new world entirely. With new fears, new apprehensions, new ambitions. Here in India though there may not be much intelligent thinking on international affairs, there is nevertheless an instinctive reaction to them which is not at all favourable to the US.
It is no easy matter to deal with this complicated situation where each group thinks differently and where perhaps the only common feature is some kind of fear. Only today I received a letter from Panikkar from Peking together with a report on the present-day China. Both the letter and the report are very interesting and I am therefore enclosing a copy of them for you. Here also you will see an entirely different world with its own way of thinking on problems. What a vast difference there is between this and the US view of China as a stooge of Moscow!
Panikkar is a man of extraordinarily acute intelligence and powers of observation. In fact, his mind is so keen that it over-shoots the mark and goes much further ahead than facts warrant. But his analyzing the situation, apart from the time factor, is usually good. What will happen to China during the next few years is anybody’s guess. But it is a complete misunderstanding of the China situation to imagine that they function like a satellite State of Russia. Only one thing will push them in that direction to some extent. And even then this cannot go far. That one thing is isolation from the rest of the world. The US policy is the one policy which will make China do what the US least want. That is the tragedy or comedy of the situation. We grow blindly to achieve something and get something entirely different.
There can be little doubt that the Chinese Government is trying its best to be friendly to us. Apart from present day conflicts and in the long run, I am sure that it is of great importance to Asia and to the world that India and China should be friendly. How far we shall succeed in this endeavour, I cannot say.


In your letter you mention that the State Department is trying to unseat China as a Permanent Member of the Security Council and to put India in her place. So far as we are concerned, we are not going to countenance it. That would be bad from every point of view. It would be a clear affront to China and it would mean some kind of a break between us and China. I suppose the State Department would not like that, but we have no intention of following that course. We shall go on pressing for China’s admission in the UN and the Security Council. I suppose that a crisis will come during the next sessions of the General Assembly of the UN on this issue. The Peoples’ Government of China is sending a full Delegation there. If they fail to get in there will be trouble which might even result in the USSR and some other countries finally quitting the UN. That may please the State Department, but it would mean the end of the UN as we have known it. That would also mean a further drift towards war.
India, because of many factors, is certainly entitled to a permanent seat in the Security Council. But we are not going in at the cost of China.
Meanwhile, the continuance of the Kuomintang representative in the Security Council becomes more and more Gilbertian. Here is a Permanent Member of the Security Council with power of veto supposed to be a great power. In fact what we have is a Representative of the Government of Formosa having this authority and power at Lake Success. That Government of Formosa too is practically protected by a foreign power, the US.

Pakistan is busy building up a big case against us. There is of course Kashmir. They are now demanding from us a reference to the International Court at The Hague of the canal water dispute. Obviously they are going to raise this matter in the UN and are likely to do so directly on the ground that this might involve a breach of peace between the two countries. They have also written to me after many months about my proposal for a “No War” declaration in the simple and general form which I have originally proposed and which Pakistan had not accepted them.
As regards canal waters, I have not answered them yet, but I shall do so in the course of the next week. I do not propose to agree to The Hague tribunal. But we are prepared for arbitration, that is each party to nominate an arbitrator and a third to be chosen by them.
I am thinking of going to Assam for two or three days soon to confer with people there and to fly over the earthquake areas. We do not yet know the full extent of the earthquake and the damage it has caused. Many areas are completely isolated and people are marooned. It is said that the landscape of upper Assam has changed considerably. Some hills have disappeared and rivers are following new courses. Fortunately that area is not a heaily populated one, or else the damage would have been colossal.

China visit and after – Undoing Nehru’s folly
Here is the link of my May article....