No tunnel under the Everest ...but a road to Xinjiang?

When one watches China, it is gratifying to be right once in a while.
It does not happen every day.
Last week, I wrote on this blog that I doubted if China would dig a tunnel under the Everest, when it had easy access to Nepal via Kyirong and Zhangmu.
Xinhua has now issued a clarification: "Will China really dig a tunnel through Himalayas?"
I quote from the 'clarification':


Recently a news story titled "China intends to build a railway through the Himalayas to link to its border with Nepal" has been abuzz on western media.
Glancing at publications from AFP to Reuters and from the UK's 'The Guardian' to 'The Independent', one sees the headline: "Qinghai-Tibet Railway on the roof of the world is already a marvel of human engineering, but could it be that China Railway will now 'defy heaven'"? Will they really dig a turnnel through the Himalayas?
Perusing the various media reports, one finds the same source being quoted: Wang Mengshu, a scholar at the China Academy of Engineering and an expert on China's railway tunnels.

What Xinhua does not say is that the agency was the original source of the incorrect news. It now blames Western media and justifies itself:


Aside from quoting secondary sources, western media outlets imply a kind of bitter tone, exaggerating China's wish to build this rail line behind a so-called 'economic and geopolitical scheme'.
As a saying goes that 'no investigation, no right to a statement', and actually the facts and the reports themselves are very different. But the foreign media misinterprets the real intentions, and a nice vision of the future is instead turned into a deceitful story.

Right, but why was it reported in the Chinese media in the first place?
It is however true that the Western (and Indian) media should have done some basic investigations. It was not done.
Now, Xinhua and China Tibet News back out of their own responsibility and question: 'Is the news reliable?'
They explain in detail why the news published by them and distributed by the Western press was not correct.


Firstly, to which rail line are they referring? According to the western media, this rail line is an extension of the Qinghai-Tibet Railway, linking Tibet's second largest city Shigatse with Gyirong near the border between China and Nepal, a distance of 540 kilometers, with completion of the line expected by the year 2020.
However, Wang Mengshu told reporters from Xinhua News Agency that the feasibility of this rail line is still being deliberated, and its construction is most definitely not on the current agenda. Nor has it obtained governmental approval. Therefore, for the line to be "completed by 2020" is highly unlikely.
An investigation by Xinhua reporters found that "China's wish to build an extension line of the Qinghai-Tibet Railway from Shigatse to Gyirong" is in fact old news. Chinese media reported on this tentative plan as early as last August, at the opening of the Lhasa-Shigatse rail line, the first extension of the Qinghai-Tibet Railway. It was reported that there is a hope that more extension lines of the Qinghai-Tibet Railway such as a line from Shigatse to Gyirong will begin to be constructed during the period of the '13th Five-year Plan', from the year 2016 to 2020.
Therefore, that the construction 'hopefully will begin' turned out to be that it 'will be opened by 2020'. Perhaps in order to attract attention, western media outlets could not manage to check the facts.

Xinhua further questions: 'Is the construction feasible?' And it answers:


So then, can a tunnel really be drilled through the Himalayan mountains? Is it technically feasible? Chinese tunnel and underground engineering expert, Wang Mengshu has the final say. He says that theoretically, it is technically feasible to build a tunnel through the Himalayas, but there would be a number of practical difficulties.
In order to construct a tunnel in the high mountains, first, the location and elevation must be determined. Should it 'cut through' or 'climb over' the mountain?
Wang Mengshu says that the length of the tunnels can be shortened if they are constructed at an elevation of more than 7,000 meters, but considering the thinness of the air, the low temperatures, and the ground freezing over, it is not possible for passenger cars to pass through. So it is the best if the height of the tunnel is below 5,000 meters. Tunnels built at a height of around 4,000 meters would be more appropriate.
Wang Mengshu said that in order to shorten the tunnel length, they still need to try to find a place in the Himalayas with the thinnest mountain body so that a possible tunnel, similar to a mountain pass, could enter from one 'ditch', then come out through another 'ditch' from the other. Previous surveys conducted by various parties initially selected several potential sites, but all remain in the research phase for the feasibility study. No real action has been taken yet.

Wang, the 'expert' has obviously some explanation to do.
The Chinese news agency asked him: is it expensive?
and again he provides an answer:


Now the world's longest railway tunnel is the Gotthard tunnel in the Alps located in central Swiss. With a total length of 57 kilometers, it took 11 years to be finished. So then, how long would the tunnel under the Himalayas be? How long would it take to build it, and how much would it cost?
Wang Mengshu said that at the current stage everything is hypothetical, which definitely has not reached the policy level yet. So it is difficult to make an exact estimation at this point. As for the Himalaya tunnel, it is estimated to cost 10 billion yuan for the lead engineering and the tunnel itself. 'This is the least amount', he said. As for a schedule, subject to external conditions, it would probably take around 10 years to finish the project.
However, Wang Mengshu held that this plan was unlikely to be approved in the short term because many railway construction projects in China are lacking enough funds, not to mention the vast sum that would be required for this large project. 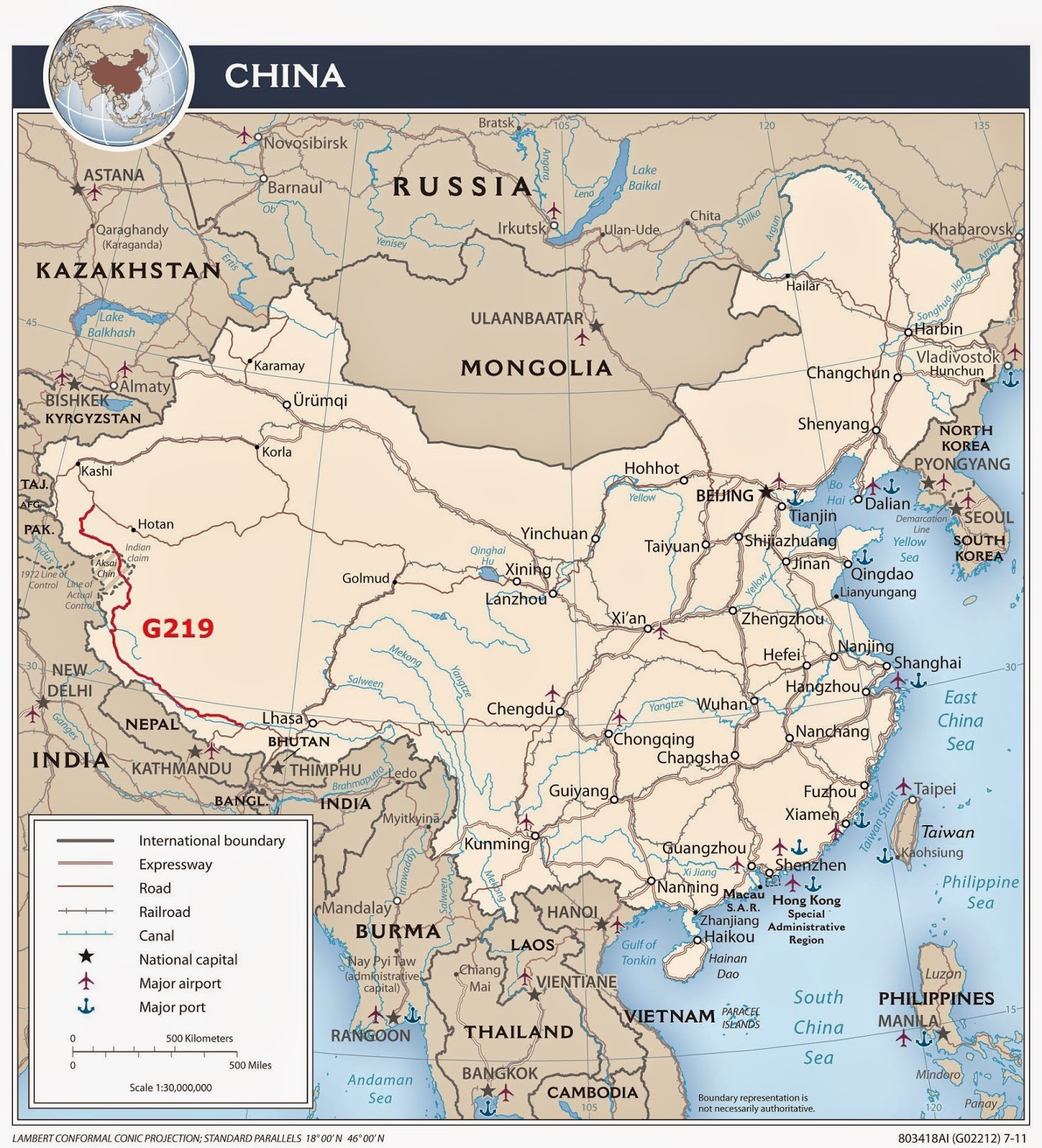 What was the purpose of this tunnel?
The non sense continues:
Just to promote increased trade between Nepal and Tibet says Wang, who adds:"The scenery at the southern foot of the Himalayas is very beautiful, and the people there are unadorned. It is really worth a visit."
The gentleman, who has visited Nepal on several occasions, confides: "Nepal's cashmere products are really inexpensive, and their lamb is also very delicious."
A tunnel for a piece of lamb? Who is to believe this one?
And Wang Mengshu to conclude about the allegation that China's 'geopolitical schemes' was behind the rail project, he predicts: 'acts speak louder than words. The Nepalese will have the final say on whether China is sincere or insincere'.
Wang says: "A lot of Nepalese told me that they believe the Chinese people speak the truth, do practical things, and are sincere and friendly."
What is the connection with digging under the Everest, when the Zhangmu and Kyirong landports are of easy access.

Another possibility
But it is more plausible that it was just a diversion from far more serious plans to link by rail, Tibet to the new Pakistan Economic Corridor.
Once the train reaches Kyirong, the line can follow the National Highway G219 and continue towards Rutok and Kashgar (via the Aksai Chin).
It will then link up with the Karakoram Highway coming from Pakistan.
The loop will be complete.
How India will react to such a project is another issue.
Posted by Claude Arpi at 8:13 PM