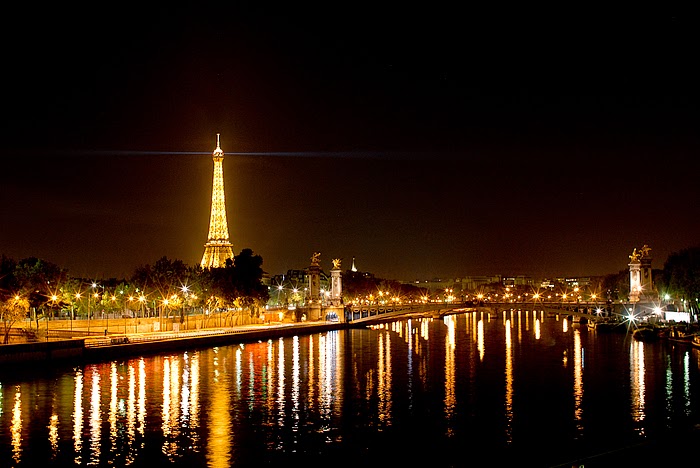 'Make in India' will be central to Mr Modi's visit to Europe and Canada. It is difficult to predict what will happen with the Rafale deal, but if it goes through, it will undoubtedly become the 'Mother' of all 'Make in India' projects,' says Claude Arpi.

Remember when President Xi Jinping landed at Ahmedabad in September 2014? Prime Minister Narendra Modi was determined to give Xi and Peng Liyuan, his beautiful wife (and renowned former opera singer), a genuine taste of ModiLand.
The two leaders took a stroll down the picturesque Sabarmati riverfront with Madame Peng and sat on a traditional Gujarati swing; it set the stage for difficult bilateral talks.
Similarly, French President Francois Hollande will give a taste of Douce France (Sweet France) when Narendra Modi arrives in Paris.
The Elysee Palace has planned a romantic evening boat ride on the river Seine in Paris, the first stop of Modi's three-nation trip to Europe and Canada which begins on April 9.
Diplomatic sources quoted by The Hindustan Times affirmed: 'A boat ride on the Seine river will not only make the trip memorable but bring the two leaders closer to pushing for a bilateral partnership.'
The strategic partnership signed in 1998 during President Jacques Chirac's visit to India will need a 'push' because a lot of water has flowed under the 37 bridges over the Seine (in Paris only) since then.
Mr Modi is now determined to sell his flagship 'Make in India' scheme soon after it was launched, many foreign investors discovered they were already doing this, without realising it, it was indeed encouraging.
At the time he embarks on his European visit (after France, the prime minister will open the Hanover Fair with German Chancellor Angela Merkel), this should be helpful.

Click to continue reading...
Posted by Claude Arpi at 10:57 AM