The benefits of having a Gujarati prime minister 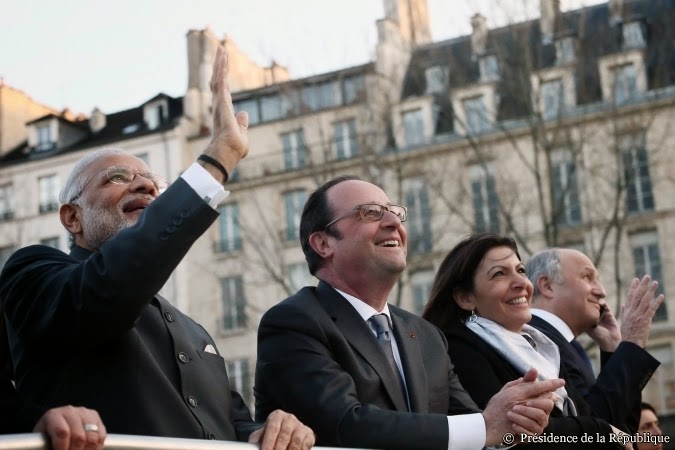 My article The benefits of having a Gujarati prime minister is posted in Rediff.com.

Narendra Modi knows how to calculate and remain pragmatic.
Take the unexpected Rafale deal -- perhaps the first time a PM has considered the country's defence procurement as a priority, over the considerations of the babus' and over his own 'Make in India' project,' says Claude Arpi.

The advantage of having a Gujarati prime minister is that he knows how to calculate and he remains pragmatic.
Take the unexpected Rafale deal agreed in Paris during Narendra Modi's visit. It is perhaps the first time that a prime minister has considered the country's defence procurement a priority, over the considerations of babus' and over his own pet project 'Make in India', which will now be delayed for years, as far as the technology transfer for the Rafale is concerned.
The move was particularly pragmatic because it will cost less to India's exchequer. Buying 36 Rafales 'off-the-shelf' will cost some 4 billion Euros, which means one-fourth or one fifth the original plan to 'Make in India' 108 planes with Hindustan Aeronautics Ltd, a government undertaking always prone to delays and over-costs.
Further, it will bring the required 'oxygen' for the Indian Air Force which faces two rather aggressive neighbours with a rapid depletion of its fleet.
Defence Minister Manohar Parrikar, who did not accompany the prime minister on his trip (Modi travelled without a single minister, the senior-most member of his delegation being Ajit Doval, the national security advisor), said that it is a 'great decision.'
He hoped that the Rafale will be inducted into the IAF in two years time, adding that: 'India has finally broken the ice over the deal which has been pending for the last 17 years.'
Parrikar had it wrong, it is 14 years, but that is a detail.