Who is Living Buddha Number One?

Xinhua recently reported that "the 11th Panchen Lama, Bainqen Erdini Qoigyijabu, [Panchen Gyaltsen Norbu] concluded two and a half months of religious activities in southwest China's Tibet Autonomous Region and returned to Beijing."
The young lama selected by Beijing (the Dalai Lama's candidate has been  under house arrest for nearly 20 years) pays every year such a visit to Tibet. This time he spent more time in 'his' Tashilhunpo monastery in Shigatse.
But what was most interesting were Xinhua's comments : "Bainqen Erdini Qoigyijabu, one of the two most revered 'Living Buddhas' in Tibetan Buddhism, left Tibet on Monday after giving blessings and presiding over a series of religious rituals at several monasteries in Xigaze [Shigatse] Prefecture."
Though the communique speaks of 'two' revered Living Buddhas, only the Panchen Lama's name is mentioned.
It is left to you to guess who is the second, whose name (and photo) are banned in Tibet.
Why to mention 'two' Living Buddhas, if the existence of the second one is not even acknowledged on the Plateau?
What an irony! While the Dalai Lama lives in the heart of each and every Tibetan, his name cannot be printed in Tibet (and China).
Another example, China Tibet Online just published a series of beautiful photos of the Norbulingka, the Summer Palace of the Dalai Lama in Lhasa.
The caption reads: "Norbulingka meaning 'Treasure Park' in Tibetan, is one of national key cultural relics protection units. Situated in the western suburb of Lhasa city, Norbulingka Summer Palace covers an area of 360,000 square meters with more than 100 kinds of plants in it."
Whose Palace it is, is not mentioned!
The name of the Palace's owner is banned!
In the meantime, Chinese cadres have started studying Tibetan Buddhism. Can you believe it?
China Tibet Online announced that on October 20，a seminar on the doctrines of Tibetan Buddhism was held at the China Tibetology Research Center in Beijing. The theme of the in-depth discussion was 'Tibetan Buddhism and Equality'. It was a two-day seminar sponsored by the China Tibetology Research Center and the High-level Tibetan Buddhism College of China.
Lhagpa Phuntshogs，the director-general of the China Tibetology Research Center explained that "the seminar is aimed at promoting Tibet’s economic and social progress by giving a full play to the role of religious figures and followers. It is the key subject for furthering the sound development of Tibetan Buddhism in the new century and an important channel to adapt Tibetan Buddhism to socialist society."
Of course, 'giving full play to the role of religious figures' is understood minus Monk Number One.
The seminar's objectives were to integrate Buddhism and Marxism. The communique says: "the Tibetan Buddhism doctrine is mainly focused on discovering, summarizing and advancing the fine traditions of Tibetan Buddhism, and integrating the idea of progress to serve the society and the people."
The seminar promoted books on four themes such as patriotism，belief in Tibetan Buddhism，establishment of the ethnic standard and commandment, and harmonious progress, for the country，the people and the religion.
But was not an ordinary religious teaching for Chinese citizens turning towards spirituality, as the research group participating to the exercise will submit the outcome of its research to the Communist Party.
The report will be titled 'Anthology of the Research results and Interpretation of Tibetan Buddhism—Special Edition on Tibetan Buddhism and Equality.'
Who were the students?
The organizers says: "Over 70 people attended the meeting, including leaders of the United Front Work Department of the CPC, revered lamas of the Tibetan Buddhism, scholars and experts in the area of Tibetan Buddhism research, leaders of the departments concerned of the Tibet Autonomous Region as well as the sutra teachers and students of the 12th 'Tho Ram Pa' [Geshe Lharampa students,  equivalent to a PhD in Buddhism]."
In other words, senior Party cadres are learning Buddhism ...without, of course, ever referring to Living Buddha No One.
Interesting!
To be followed...
In the meantime, envoy pictures of the Dalai Lama's Summer Palace, the Norbulingka. 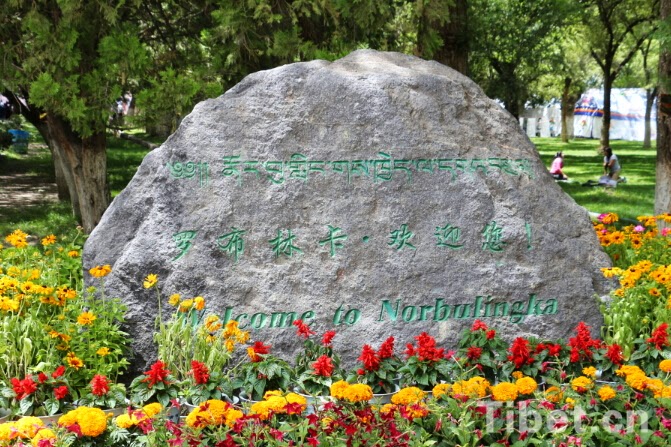 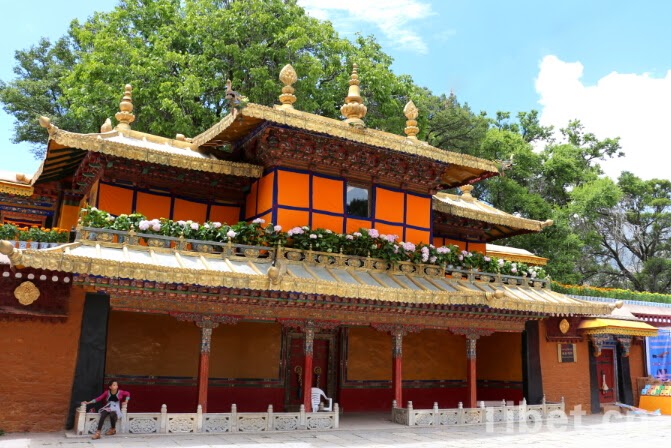 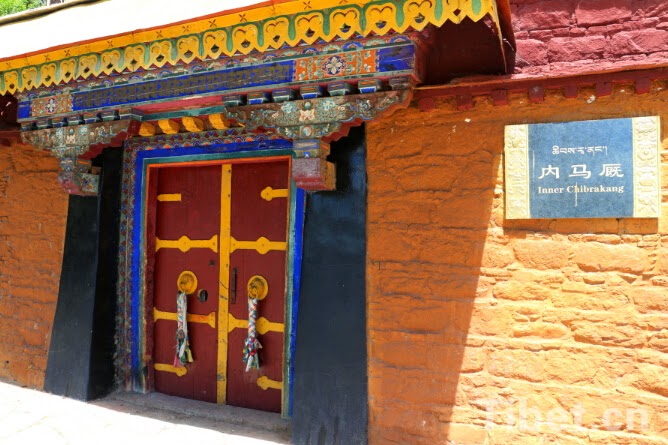 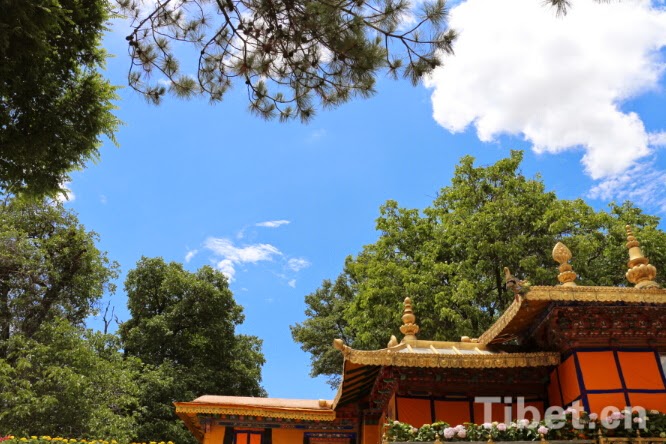 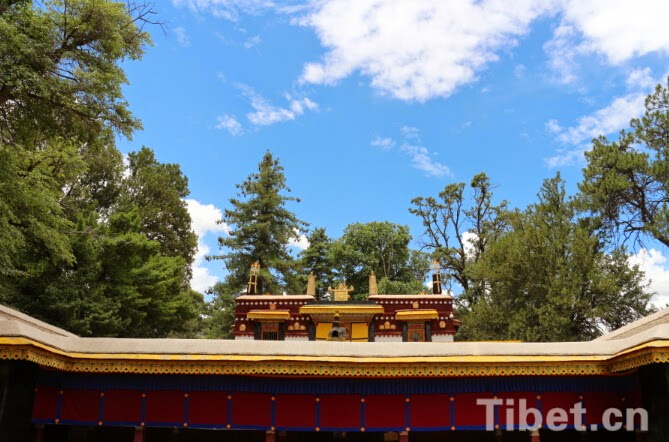 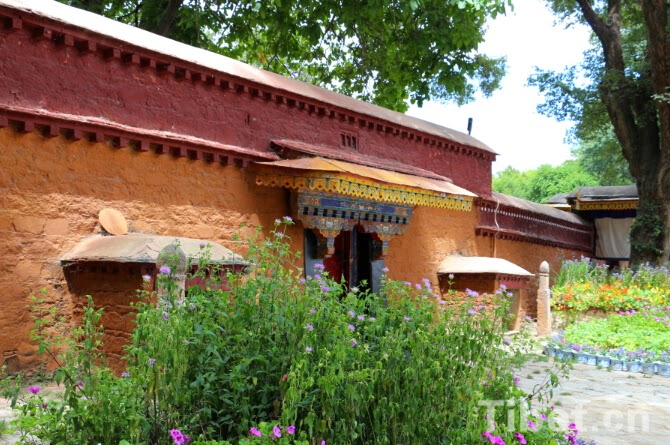 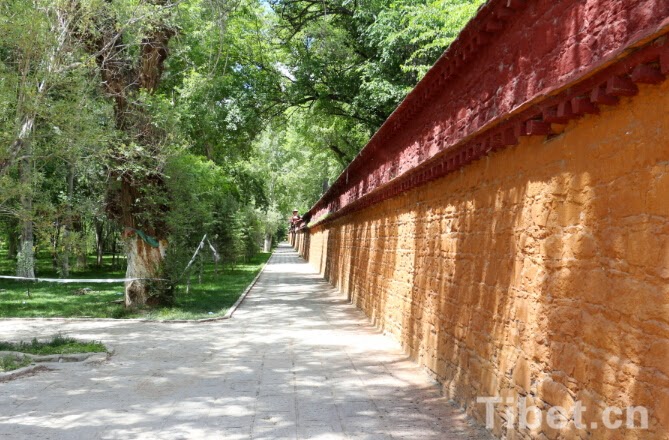 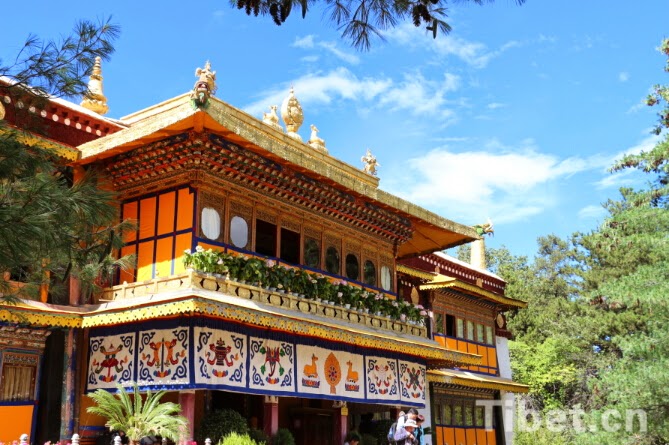 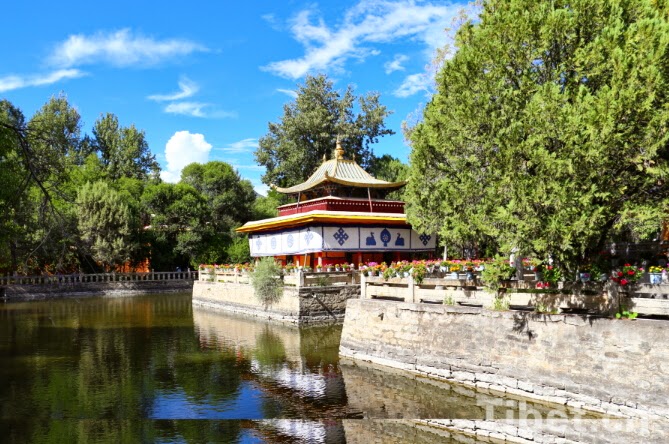 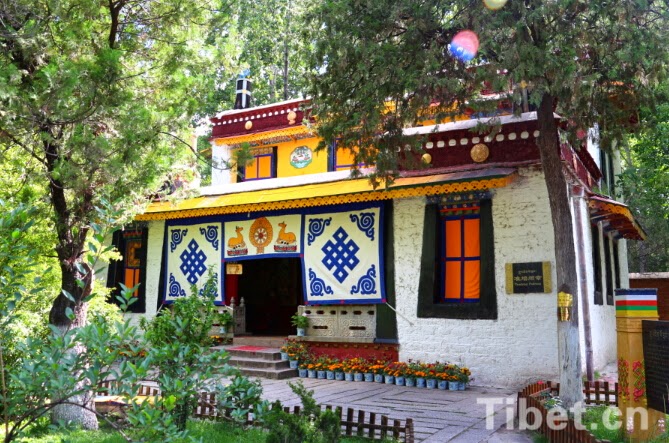