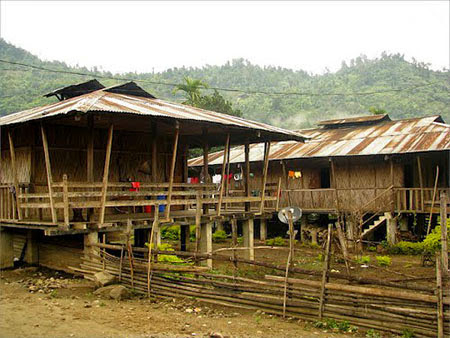 The Deccan Chronicle (DC) reported that 'Chinese PLA now targets Taksing zone in Arunachal Pradesh'.
Two years ago, I mentioned on this blog the Chinese intrusions in Chaglagam circle of Anjaw district of Arunachal Pradesh.
This time the incursions occurred in the remote circle of Taksing in Upper Subansiri district.
The DC says: "After the recent Ladakh incursions, frequent intrusions by China’s People’s Liberation Army (PLA) in Arunachal Pradesh’s Taksing region have come to the notice of the security agencies. The villagers of Taksing circle in Upper Subansiri district took photographs of the PLA crossing over the Asa-Pila-Maya Army camps, which were Indian territory till 1962, but now under Chinese occupation."
The report continues: "Security sources also confirmed this incursion had come to their notice about a month back, but the PLA had gone back after a brief stay."
What is more surprising is that the issue was not taken up during a flag meeting held between Indian and Chinese armies at Kibithu in Anjaw district on Diwali Day. According to the DC: "security sources said this particular incursion did not come up for discussion."
The Deccan Chronicle quotes Hiwak Chader, a student from Kacha village of Taksing circle who said the local people noticed "the movement of Chinese troops in the Asa-Pila-Maya area around three months back, but the government was not aware about it before the villagers handed over photos to Army Intelligence and IB sleuths."
Interestingly, the report admits that it is the local Arunachalees who are not only keeping a close watch on Indian territory, but also acting as intelligence officer for the Indian Army and IB.
Chader affirms that it is often the local villagers of Taksing area (Tagin tribe?) who are guarding and defending Indian territory in Taksing circle. The student leader believes that "time has come that government should take a realistic approach to demarcate the land-border with China which was expanding its territory in many areas".
Easier said than done!
The fact is that there is no proper road between Limeking (the adjacent circle) and Taksing. One can only hope that it will be taken on 'war-footing' by the Central and Arunachal authorities.
Incidentally, Taksing was the last Indian village on the Dakpa Sheri (Cristal Mountain) parikrama while Tibetan pilgrims were returning to Tibet. Pilgrims used to perform the sacred Rongkor pilgrimage every twelve years.
I copied here a few paras of my book 1962: the McMahon Line Saga.
My map is not very accurate, Taksing is closer to the international border than shown.
A remarkable book has been written by Maj. S.M. Krishnatry (of the Indian Frontier Administrative Service) about the last pilgrimage in 1956, it is called Border Tagins of Arunachal Pradesh: The Unarmed Expedition of 1956.
Every Indian should read it to understand the difficulty of the terrain and the lack of progress since 1956.

Extracts from my McMahon Line Saga... 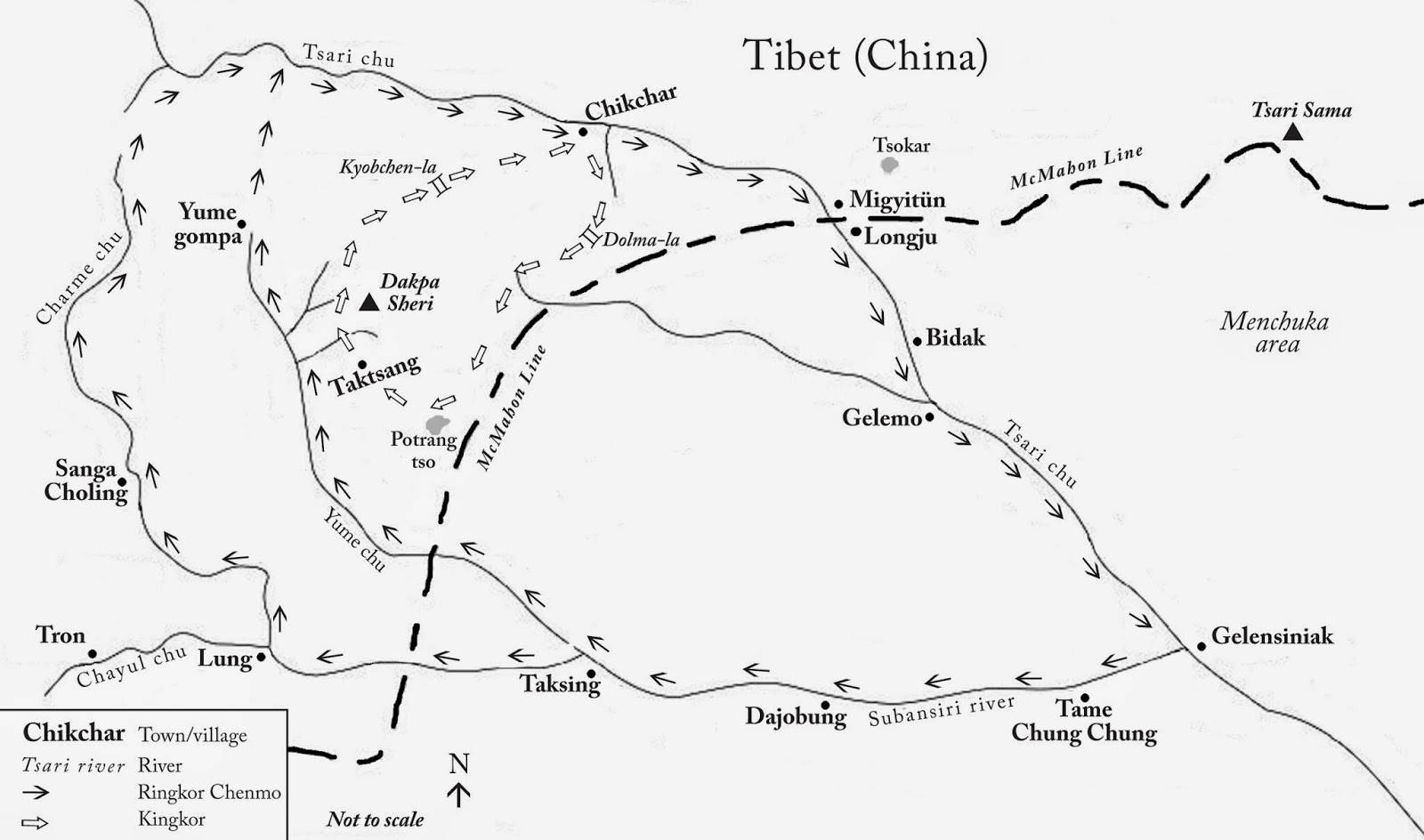 The Last Pilgrimage
Between the first wave of Chinese troops arriving in Tibet in 1950, till the next Monkey Year (1956), the time for the next Rongkor, the Chinese had begun occupying most of the strategic axis in Tibet and had come closer to the Indian border, i.e. the McMahon Line.
It has to be noted that at the time, the Tibetans were aware that the Government of India meant business, especially after Major Bob Khathing occupied the Tawang area . Elsewhere also in NEFA, the Indian administration was also pushing towards the Line.
Apparently the 1956 Rongkor and Lodzong [pilgrimage] passes off peacefully with few noticeable incidents.
According to Toni Huber:


the Lhasa government had given a satisfactory tribute payment, made them all swear the oath successfully, and performed the appropriate rituals,”


However, it is almost certainly the fact that a vigorous decade of Indian administrative contacts had already either broken the spirit of the upper Subansiri tribes or made conditions too inconclusive for them to attempt any aggravation of their northern neighbors and risk a political incident during this increasingly critical period of Tibetan, Indian, and Chinese relations.

As we shall see during the August 1959 incident at Longju, the Indian Army (or Assam Rifles) had already set up posts near the not-yet disputed border.
For the first time, the 1956 Rongkor saw the presence of ‘foreigners’; the Chinese PLA camped in the Mandala Plain of Tsari from where the Pilgrimage starts. But the Chinese kept their participation rather discreet, merely providing medicines for the pilgrims.
Huber however saw their presence differently: “These apparently innocent medical teams are now seen by Tibetans as an important reconnaissance leading up to the Chinese occupation and border claims of 1959, a view not without substance.”
Only three years after the last Pilgrimage, the hostilities started, but with new actors; it was no longer the Tibetans vs. the local tribals of the Upper Subansiri and Tsari Chu, but the Indian and Chinese States.
Posted by Claude Arpi at 7:30 AM