The craze for Ngari continues.
Zhang Yijiong, Deputy Director of the Central United Front Work Department, who is also the interlocutor-designate for eventual negotiations with Dharamsala followed the footsteps of Deng Xiaogang, the Tibetan Autonomous Region’s (TAR) Deputy Secretary who has been spending weeks in the border areas of Western Tibet (Ngari).
Zhang, a member of the all-powerful Central Committee of the Communist Party came to give some guidance to the local cadres on terror issues, counter-terrorism and of course ‘stability' and also to 'encourage cadres and masses of all ethnic groups'.
I also wonder how many ethnic groups, apart from the Tibetans (and the Han soldiers) live in Western Tibet.
Zhang, who was posted in Tibet between 2006 and 2010, was accompanied by a high-level delegation.
Wu Yingjie, Deputy Secretary of the TAR, Deng Xiaogang, in-charge of the Politics and Law Committee (read law and order and security) and Dong Mingjun, one of the TAR’s vice-chairmen were on Zhang’s side.
Before leaving Lhasa, Zhang Yijiong called on Pagbalha Namgyal Rinpoche, the National Vice-Chairman of CPPCC and …oh surprise, on the Panchen Gyalsten Norbu.
It is surprising, because the Lama was supposed to have gone back to Beijing, at least according to The Tibet Daily.
Did he miss the plane?
Or did he decide to experience the blue sky of Western Tibet (or simply visit  'his' Tashilhunpo monastery monastery?) before returning to the polluted Chinese capital?
Or did he take a ride on the Lhasa-Shigatse railway which is expected to be officially inaugurated in August (a month earlier than earlier planned!).
It is not clear from the reports published so far.
Though Zhang Jiong visited Purang County at the trijunction India-Nepal-Tibet, near Mt Kailash, his trip was not spiritual in nature.
He met all the police officers, the firefighters (for preventing immolations?), the officers and troops manning the border with India, the SWAT (commandos) and lectured them on the different aspects of counter-terrorism and ‘stabilization’.
He praised the troops for remaining ‘steady’ despite the cold and lack of oxygen, the harsh environmental conditions and for fulfilling their duties conscientiously without being overtaken by fatigue.
He asked them to continuous remain in fighting spirit "to insure orderly activities, maintain a sustained harmony and stability of Ngari area and work for the development and stability of Tibet".
He thanked them for their important contribution for the nation: “On behalf of the Central United Front Work Department, my heartfelt gratitude and highest respect [to you], I hope you will continue to make persistent efforts, do a solid job for the long-term stability and the overall stability of Tibet”, he told the soldiers.
The caring party leader asked the troops to take care of themselves and pay attention to their health.
Zhang Jiong visited other border posts, always telling the soldiers on duty to fully understand the complexity of the current grim situation (does he refer to the presence of the Dalai Lama in Ladakh?); he asked the border guards to increase their sense of responsibility and their sense of mission.
He also visited some temple (Ke Jia?) and harangued the monks; he also asked about their living conditions and noted that the majority of monks devote themselves to Buddhist practices to improve their religious skills; they are patriotic and unswervingly oppose “the Dalai clique's separatist and sabotage activities” in order to resolutely safeguard the national unification and ethnic unity.
The Party cadres were told that they should make friends with the monks, fully mobilize the enthusiasm of the patriotic and law-abiding monks and nuns and actively help Tibetan Buddhism to adapt to a socialist society; this will be for the common good and create a safe and harmonious environment, he said. All the departments should attach a great importance to the conservation work of the temples in order to protect and promote the cultural heritage of the nation.
This obsession with 'stability' shows that Beijing is quite nervous about the 'stability' of its borders with India.
Later, Zhang Yijiong went to Ngari (Ali in Chinese) where he met the United Front local cadres and other Party workers. He asked them to conscientiously implement the Party's ethnic and religious policies, and comprehensively improve the level of ethnic and religious affairs.
In other words, be nice with the local Tibetans.
Why so much focus on Ngari?
One factor is of course the presence of the Dalai Lama in Ladakh.
Ngari and Ladakh were once upon a time, part of the same kingdom.
Another reason the arrival of Narendra Modi in power in Delhi. The 'Tibet Policy' of the new Government might be different from the one followed by the Congress.
The arrival of the train in Shigatse will also be a game-changer for Western Tibet. According to Chinatibetnews.com, with a total length of 253 kilometers, the Lhasa-Shigatse railway was completed in March 2014, after 4 years of construction, with the tunnels covering 115.7 kilometers, accounting for 45.7 percent of the line length. It will be inaugurated in August.
It means that millions of Chinese tourists will have an easier access to the beautiful 'heritage' sites of Western Tibet.
By the way, I mentioned on this blog that General Wang Jianping, the People's Armed Police Commander visited Lhasa a couple of weeks back. After 'leaving' Lhasa, he reappeared in Urumqi in Xinjiang a few days later. Where did he go in between?
Did he also take a ride on the new train or visit his troops on the border with Ladakh? Nobody knows. 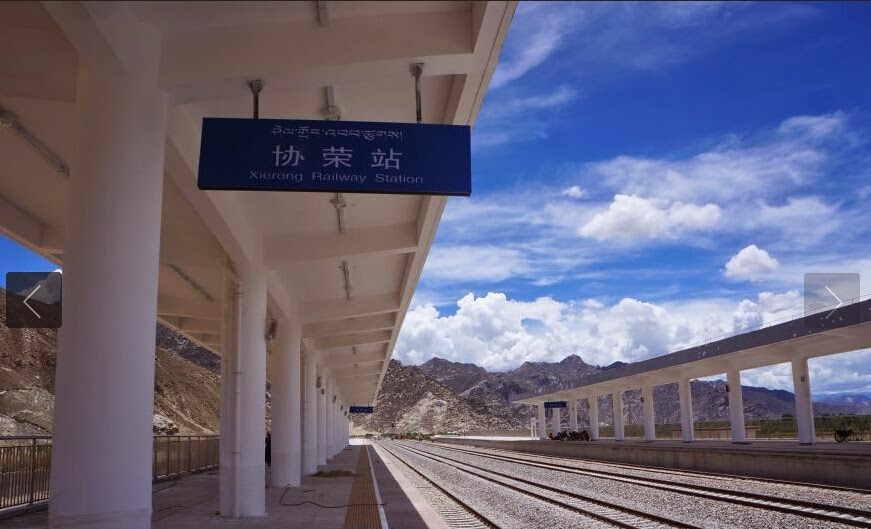 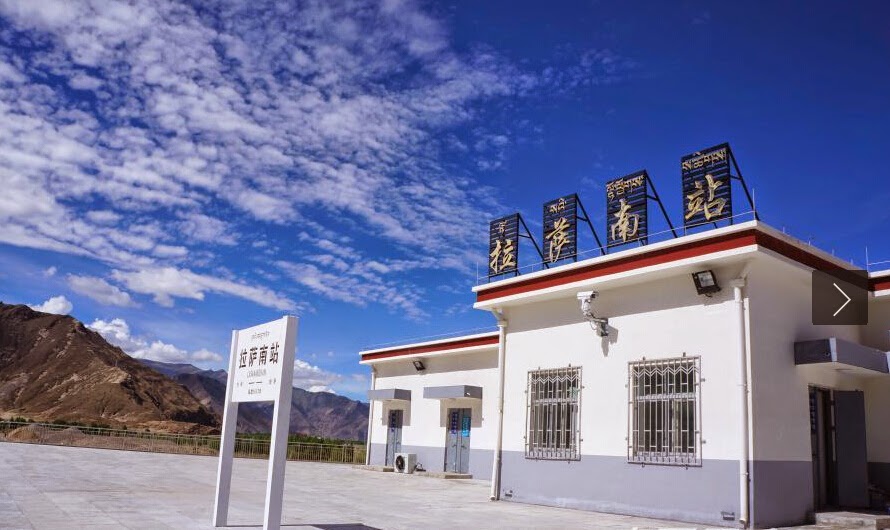