Getting married in Tibet 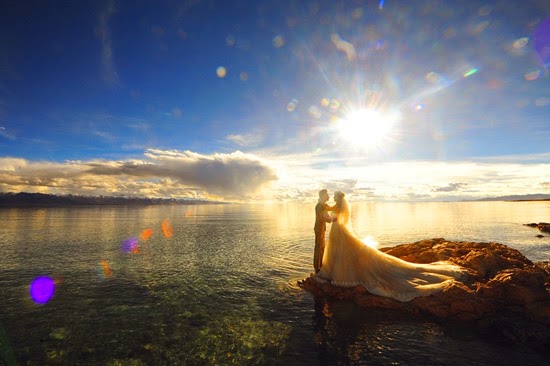 This is a continuation of my earlier posting Disneyland of Snows: Hijacking Tibet.
CCTV reported last week that 'Couples head to Tibet for wedding photos'.
Can you believe it?
Lhasa has become the 'hottest' place to get married.
CCTV says: "More and more Chinese couples are having their wedding photos shot in Tibet’s stunning scenery, for the natural beauty, as well as the famous cultural sites."
I wonder where this new Chinese scheme figures in the Middle Path approach of Dharamsala.
Supposing that one Beijing agrees to negotiate one deal with the Dalai Lama's envoys, what will be Dharamsala's position for the new craze for 'seeing' the Roof of the World and getting married in front of Tibetan 'heritage' building?
CCTV give examples: "Ms. Liu and her fiance are planning to get married next year. They have decided to shoot their wedding photos at Norbulingka, a park in the city of Lhasa built in 1755. It is no easy task, and they must get up early in the morning to prepare, but they think it is worth it."
The Chinese state TV channel, quoting the same Liu, continues: "I really love this place, many of my friends had their photos taken here too. The photographers here are also very skilled."
Then, the CCTV program cites another couple who has decided to marry in front of the 'famous' Potala palace: "they have wanted to come to Tibet since their childhood. This place is just so beautiful and iconic, and my husband and I want it be a witness of our love."
CCTV says that according to photographers, "this time of year is a booming season for wedding photos, especially for Chinese couples. Photo studios are rolling out new package deals every year to include many of the famous sites in Tibet. Ethnic attire is also a popular feature for customers."
It is not mentioned if the photographers are Tibetans or Chinese.
CCTV concludes: "The booming season is expected to last until October, and that means a lot more hard work ahead for photographers."
The Middle Path is far away, simply because the Chinese are changing the posts every day.
Tibetans will be more and more work-on actors. 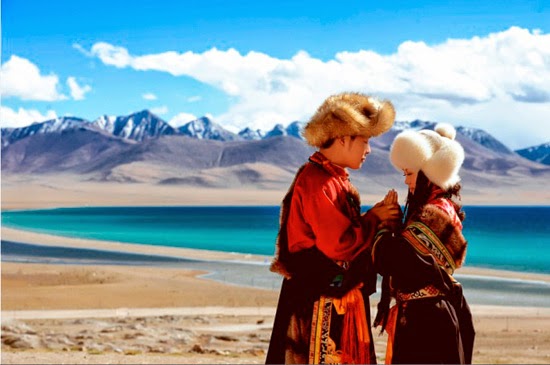 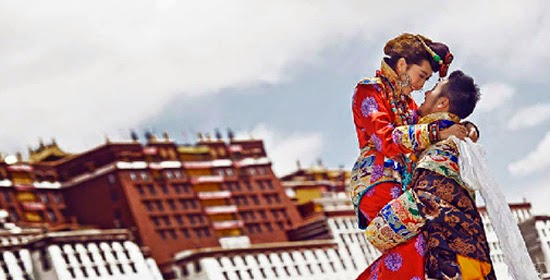