The rule by incarnation outdated? 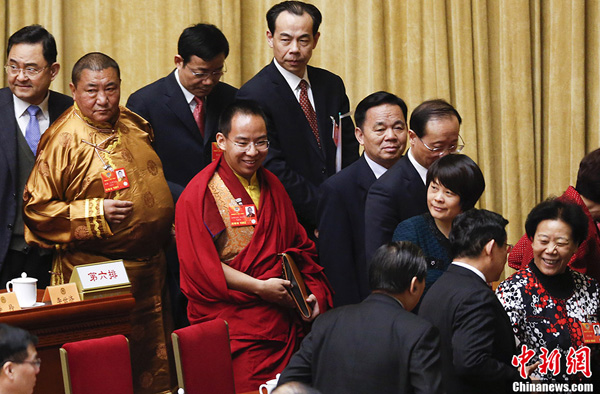 The Economist recently published an interview of the Dalai Lama.
The newspaper asserted: "The Dalai Lama scoffs at attempts by the Chinese government in recent years to claim a role in the approval of reincarnations (an obvious attempt, say exiles, to lay the groundwork for rejecting the legitimacy of any Dalai Lama chosen outside China and for installing one whom the Chinese authorities believe they can control)."
The Dalai Lama told the London magazine: “I jokingly said, firstly Chinese communists must accept theory of reincarnation, then second the Communist Party should recognise Chairman Mao Zedong’s reincarnation, then Deng Xiaoping’s reincarnation, then logically show an interest in Dalai Lama’s reincarnation” and he added “As far as social-economic theory is concerned, I am still a Marxist, not capitalist. That’s not secret.”
This raises an interesting issue which seems to underlie the current debate about the future of Tibet. With or without the Dalai Lama as a temporal leader: the ‘rule by incarnations’ arrangement, specific to Tibet, is not a sustainable system of governance.
Historically, it is said that the first identified ‘reincarnation’ was the 2nd Karmapa Lama, Karma Pakshi (1203–1283), who succeeded Dusum Khyenpa (1110–1193), the first Karmapa.
As a child Karma Pakshi, is said to have been a prodigy who at the age of ten, could already grasp the Buddhist Dharma and meditation. His teacher, Pomdrakpa, realized, through certain visions, that the child was the reincarnation of Dusum Khyenpa. Thus, Karma Pakshi became the first formally recognized ‘tulku’ in Tibetan history, starting the Tibetan institution of the tulku or ‘incarnated lama’ (in fact, ‘emanation’ of a lama). After Karma Pakshi, other schools of Tibetan Buddhism accepted the possibility that Lamas, Saints or great Yogis could return to the human world through an emanation, born after the death of his predecessor, in order to ‘continue’ his work. This is a corollary of the Bodhisattva vows.
The Dalai Lama likes to quote this beautiful prayer from Shantideva:


As long as space endures,
as long as sentient beings remain,
until then, may I too remain
and dispel the miseries of the world.