It is official: China is damming the Brahmaputra 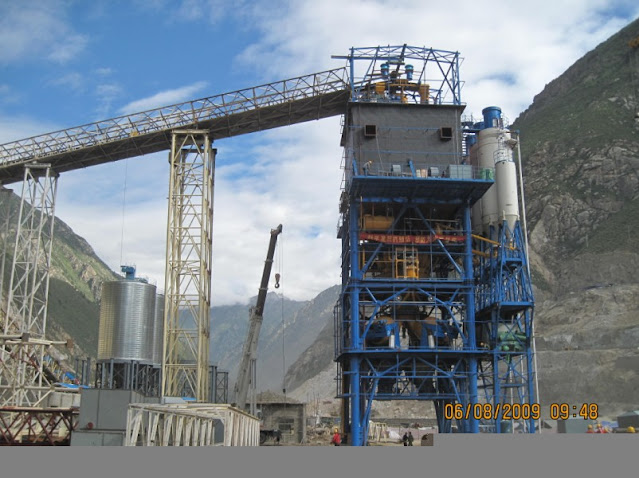 Now it is official: the Chinese are building a dam on the Brahmaputra (Yarlung Tsanngpo). We knew it for many years, but now The People's Daily has officialized it.
The interesting angle is that Beijing chose the time SM Krishna, the Indian Foreign Minister was in Beijing to make the news 'official'.
What has escaped the Indian press is that China has been working in parallel on the Qinghai-Tibet Power Grid Interconnection Project.
According to China Tibet Online: "The Qinghai-Tibet Power Grid Interconnection Project has gone smoothly since it started construction. Currently the Tibet section for the project has poured 50% of the concrete foundation.
The Qinghai-Tibet Power Grid Interconnection Project is the world's longest DC transmission line at the highest altitude and the most difficult to construct, which is expected to end the history that TAR has a separate power line."
It means that Beijing is preparing to send the electricity produced in Tibet to the mainland. It also means that more dams will be build on the Brahmaputra an 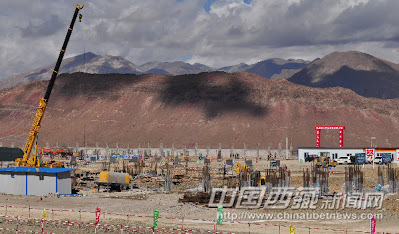 d other Tibetan rivers to 'feed' the Chinese economy.

Tibet to build first large hydropower station
People’s Daily
November 15, 2010
The Brahmaputra River, which has long been praised as a "heavenly river," was dammed for the first time on Nov. 12, indicating that the Zangmu Hydropower Station, the first large hydropower station in Tibet, will soon begin its main construction.
The Brahmaputra River originates in China's Qinghai-Tibet Plateau and is the world's highest river. The huge gap between the highest and lowest points of the river and the heavy river flow help ensure abundant water resources. The Zangmu Hydropower Station is located in the middle reaches of the Brahmaputra River in Gyaca County, Lhoka Prefecture, Tibet Autonomous Region.
With a total investment of nearly 7.9 billion yuan, it will have six 85-megawatt generating units installed, which will bring the total installed capacity to 510 megawatts. It will be the first large hydropower station in Tibet, and its first unit will be put into operation in 2014, which will greatly alleviate the power shortage in central Tibet.
The hydropower station is about 325 kilometers away from Lhasa, and its average annual generating capacity is expected to reach 2.5 billion kilowatt hours. Its main function is power generation, but it can also be used for flood control and irrigation.
The hydropower station is a key project included in Tibet's 11th Five-Year Plan. At present, Tibet has only hydropower stations with the installed capacity of up to 100 megawatts, but soon it will have a hydropower station with a total installed capacity of more than 500 megawatts.
Posted by Claude Arpi at 8:18 AM