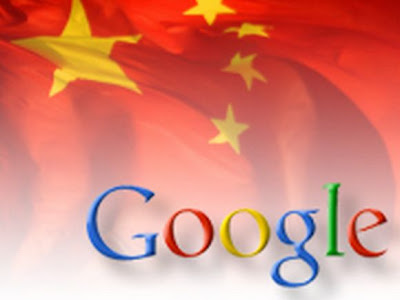 What about India? We will probably never know, but if they can do it to the Pentagon, the same e-pirates can certainly do it to South Block or the Army Headquarters.
And 18 minutes is a long, long time.
This is the new form of warfare and the Middle Kingdom is far in advance on its opponents at this game.
To read the US Report, click here.
The Chinese answer is posted on The Global Times.


US Government and Military Websites Redirected to Chinese Servers

ABC News
By JASON RYAN
April Incident Lasted Only 18 Minutes but Could Have Security Impact
U.S. government and military Internet traffic was briefly redirected through computer servers in China earlier this year, according to a report that is to be released by the U.S.-China Economic and Security Review Commission on Wednesday.
The report says telecommunications companies in China disrupted the Internet for only about 18 minutes -- but they were a big 18 minutes. They "hijacked" about 15 percent of the world's online traffic, affecting NASA, the U.S. Senate, the four branches of the military and the office of the Secretary of Defense.
A draft copy of the report, obtained by ABC News, said, "For about 18 minutes on April 8, 2010, China Telecom advertised erroneous network traffic routes that instructed U.S. and other foreign Internet traffic to travel through Chinese servers."
While the Internet "hijacking" incident was initially reported on in April, it had not been previously disclosed that the U.S. government was affected by the incident. "This incident affected traffic to and from U.S. government (''.gov'') and military (''.mil'') sites, including those for the Senate, the army, the navy, the marine corps, the air force, the office of secretary of Defense, the National Aeronautics and Space Administration, the Department of Commerce, the National Oceanic and Atmospheric Administration, and many others. Certain commercial websites were also affected, such as those for Dell, Yahoo!, Microsoft, and IBM."
Posted by Claude Arpi at 7:33 AM