Where are the Archives? (4) 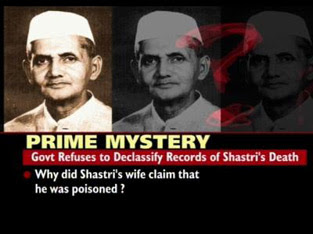 It is very strange that the Government keeps confiscating the Indian Archives and stubbornly continues to hide the history of modern India from its own people.
Read what Jawaharlal Nehru had to say on the subject. But Nehru is today used only when it is convenient to those in power!

Nehru's dated August 27, 1957
I am not at all satisfied with the noting on this file by Intelligence or by the Director of Archives. The papers required are very old, probably over thirty years old. No question of secrecy should apply to such papers, unless there is some very extraordinary reason in regard to a particular document. In fact, they should be considered, more or less, public papers. To say that they can only be seen by research scholars is not very helpful. Any person can become a research student for a time. The mere fact that he is investigating some matter may make it necessary for him to look at some old papers. Also the fact that a Communist wants to see them is irrelevant.

Govt keeps tight lid on Shastri's death mystery
Aasim Khan CNN-IBN
HISTORY OF SECRECY: The family of Lal Bahadur Shastri suspects he was poisoned in Tashkent.
New Delhi: Prime Minister Lal Bahadur Shastri died in January 1966 while on a trip to hold talks with Pakistani leader Muhammad Ayub Khan in Tashkent. Few believed the official version about his death, and the mystery is likely to endure.
Was there an autopsy to the causes of his mysterious death in Tashkent? Is there any record of what led to his death? Online journalist and author Anuj Dhar asked these questions in a Right To Information Act (RTI) application with the Prime Minister’s Office (PMO) asking for records of Shatri’s death. The PMO turned down his request.
“The Prime Minister’s Office did reply that they are holding one document - one record - about Shastri’s death and the same cannot be give under the RTI Act because its disclosure would lead to some trouble,” says Dhar.
The United Progressive Government introduced the RTI Act, but its refusal to declassify records on Shastri's death provides fodder to those who claim he was the victim of an international conspiracy.
Shastri's grandson, BJP leader Siddharth Nath Singh, is leading the charge against the Government. He claims that his family wants to make sure that the nation's second Prime Minister was not a victim of a larger conspiracy linked to Indo-Pak Peace agreement of 1965.
Shastri’s descendants point out three questions related to his death. They ask why did the Russians arrest the butler in Shastri's room. Did they think it was a case of murder?
Why was no autopsy conducted either in Russia or in India? Shastri's wife claimed to have seen blue marks on his body. Do the marks indicate poisoning?
“There is definitely something that happened which the Government does not want to disclose. If it’s a natural death let it be declared, we have no problem with that,” says Singh.
The RTI Act was supposed to end needless and unjustified secrecy, but Shastri’s death is one mystery the Government wants to maintain even 43 years after his death.
Posted by Claude Arpi at 6:51 AM