Xinhua reported that Gyaltsen Norbu, the Chinese-recognized Panchen Lama worshiped yesterday at the Lhamoi Lhatso lake in Gyatsa County of Lhoka Prefecture in the Tibet Autonomous Region.
The official news agency said that it was the first time that Gyaltsen Norbu paid a visit to Lhamoi Lhatso which is famous for the visions that a Regent or a High Lama can have in it.
For example. signs can be ‘seen’ and indications can be gathered to discover a new Dalai Lama.
It was the case when Regent Reting Rinpoche went to the lake in 1935 and had several visions; he saw the roofs of the house of the young Dalai Lama who was just reborn in a remote village of Amdo province (now Qinghai).
(See the narration of the Dalai Lama below).
Yesterday, Xinhua reported: “Around 11 am, the Panchen Lama, together with more than 30 monks, started to lead sutra chanting, praying for peace, prosperity, and stability. The ritual also had other activities, including throwing cereals and planting a blessed bottle in the middle of the lake as sacrifice. The worshipping ceremony lasted for about one hour.”
Two years ago, Gyaltsen Norbu visited another sacred lake, the Rinbung Yamtso in Dekyiling area of Rinbung County (Shigatse).
There is no doubt that China is preparing for the Rebirth of the present Dalai Lama.
Let us hope that the meeting called by Dharamsala in November will define the parameters of the reincarnation in a clear way, otherwise the world may have to face a situation with two Dalai Lamas.

In 1935, the Tibetan Wood Hog Year, the Regent went to the sacred lake of Lhamoi Latso at Chokkorgyal, about ninety, miles southeast of Lhasa. The people of Tibet believe that visions of the future can be seen in the waters of this lake. There are many such holy lakes in Tibet, but Lhamoi Latso is the most celebrated of them all. Sometimes the visions are said to appear in the form of letters, and some, times as pictures of places and future events. Several days were spent in prayers and meditation, and then the Regent saw the vision of three Tibetan letters - Ah, Ka and Ma - followed by a picture of a monastery with roofs of jade green and gold and a house with turquoise tiles. A detailed description of these visions was written down and kept a strict secret.
In the following year, high lamas and dignitaries, carrying the secrets of the visions, were sent out to all parts of Tibet to search for the place which the Regent had seen in the waters.
The wise men who went to the east arrived in our region of Dokham during the winter, and they observed the green and golden roofs of the monastery of Kumbum. In the village of Taktser, they noticed at once a house with turquoise tiles. Their leader asked if the family living in the house had any children and was told that they had a boy who was nearly two years old.
On hearing this significant news, two members of the party went to the house in disguise, together with a servant and two local monastic officials who were acting as their guides. A junior monastic official of the main party, whose name was Losang Tsewang, pretended to be the leader, while the real leader, Lama Kewtsang Rinpoche of Sera Monastery, was dressed in poor clothes and acted as a servant. At the gate of the house, the strangers were met by my parents, who invited Losang into the house, believing him to be the master, while the lama and the others were received in the servants' quarters.
There they found the baby of the family, and the moment the little boy saw the lama, he went to him and wanted to sit on his lap. The lama was disguised in a cloak which was lined with lambskin, but round his neck he was wearing a rosary which had belonged to the Thirteenth Dalai Lama. The little boy seemed to recognize the rosary, and he asked to be given it. The lama promised to give it to him if he could guess who he was, and the boy replied that he was Seta-aga, which in the local dialect, ‘a lama of Sera’. The lama asked who the ‘master’ was, and the boy gave the name of Losang.
He also knew the name of the real servant, which was Amdo Kasang.
The lama spent the whole day in watching the little boy with increasing interest, until it was time for the boy to be put to bed. All the party stayed in the house for the night, and early next morning, when they were making ready to leave, the boy got out of his bed and insisted that he wanted to go with them.
I was that boy. 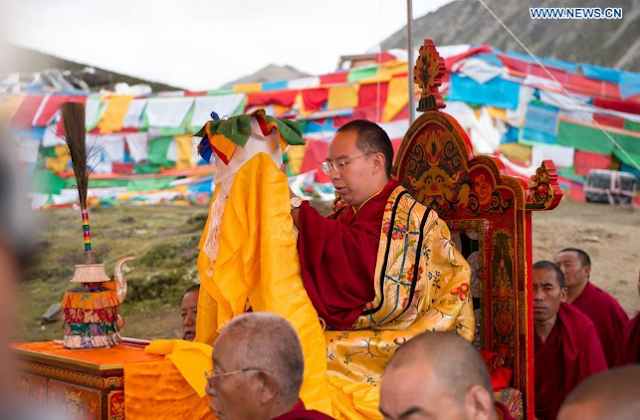 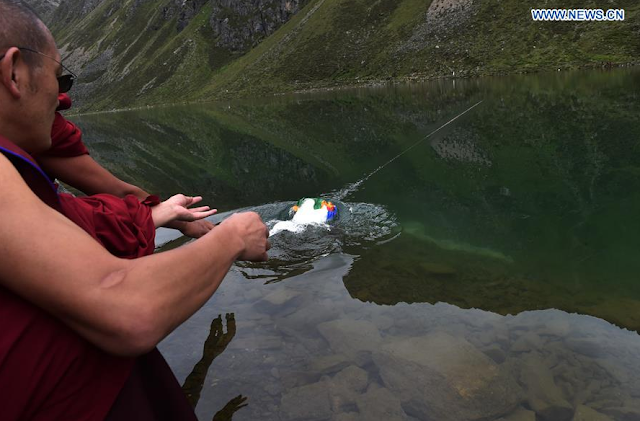 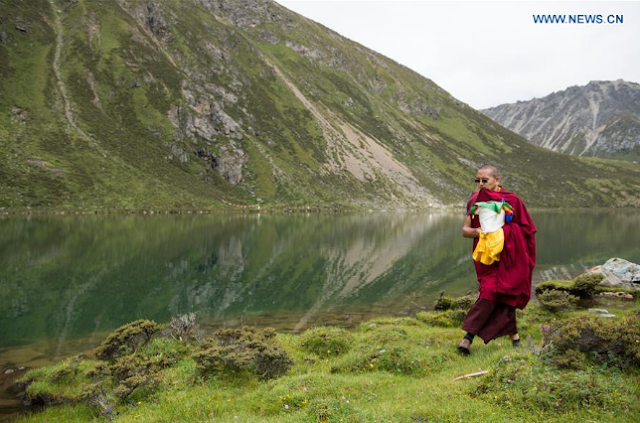 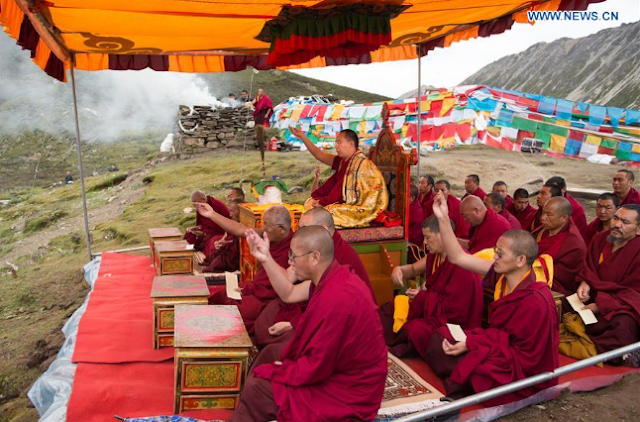 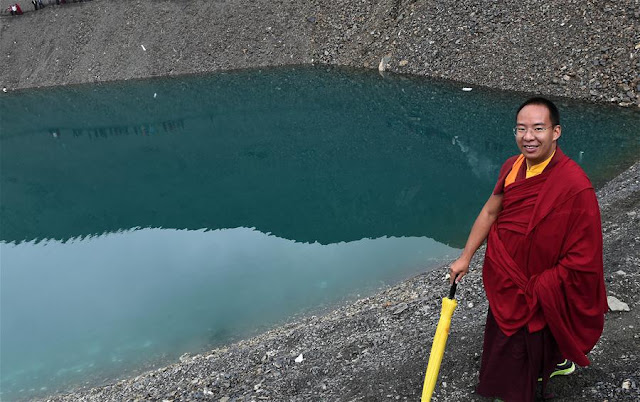 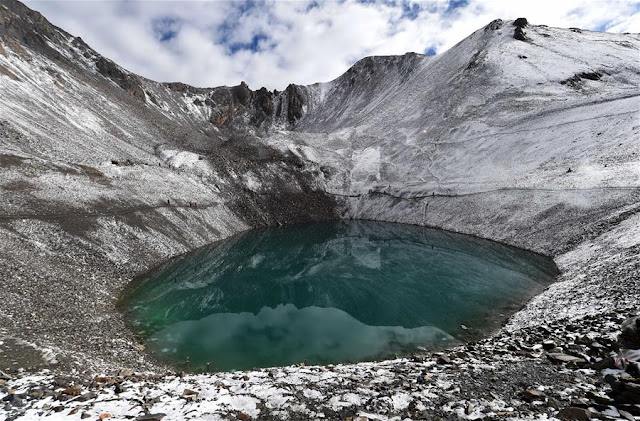 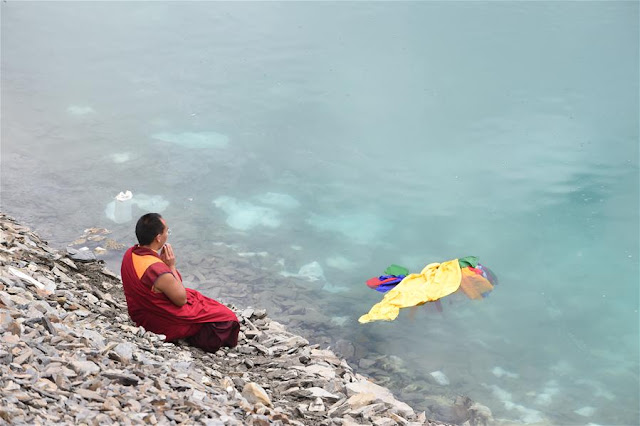 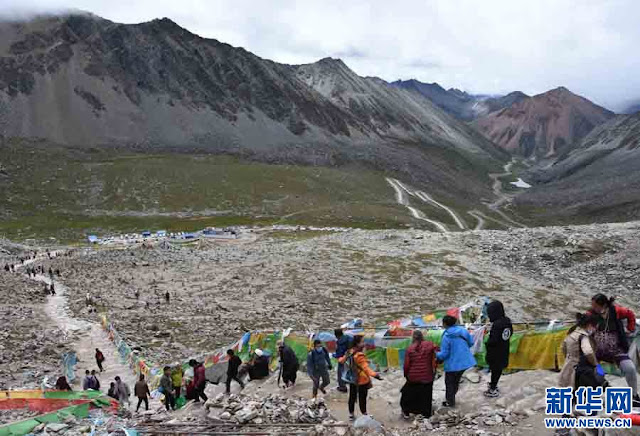 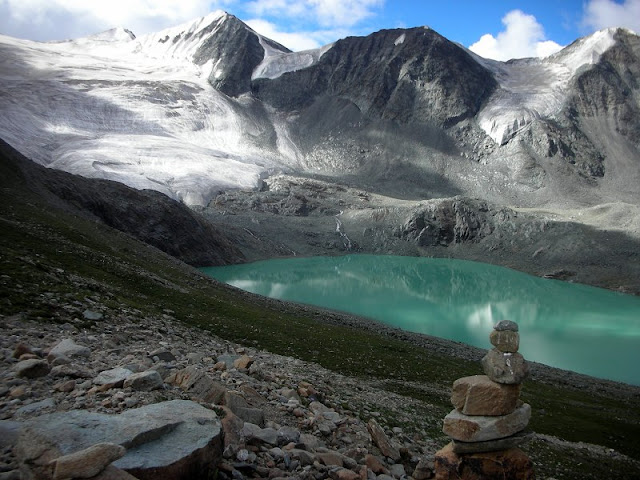 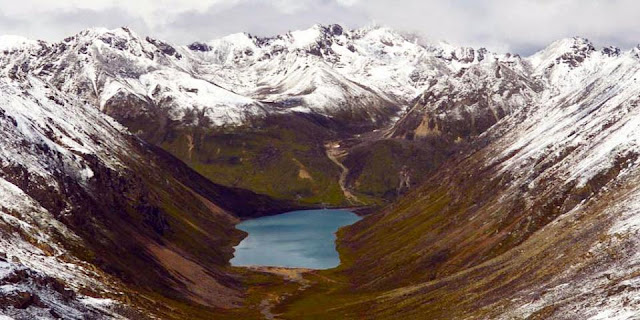