Will Tibet ever find her soul again? 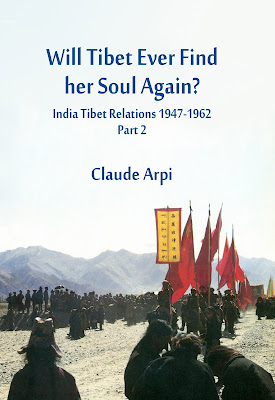 The second volume of  my quadrilogy on India Tibet Relations (1947-1962) was released on Septeber 6 by Amb KS Bajpai at the United Service Institution of India.

The title is Will Tibet ever find her soul again?

Email ThisBlogThis!Share to TwitterShare to FacebookShare to Pinterest
Labels: Book Excerpts, Claude Arpi, Will Tibet ever find her soul again