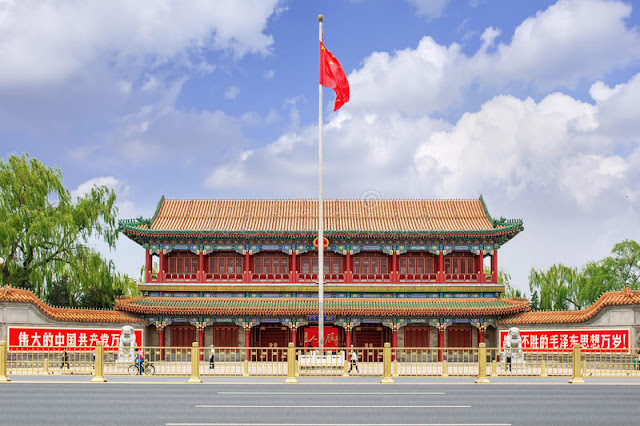 China is growing everyday into a more powerful State.
It is at least what we are told by the world media.
To paraphrase Napoleon, the world is trembling as China has awakened (the French Emperor would have said “China is a sleeping giant. Let her sleep, for when she wakes she will shake the world.”).
Is it really so?
China is discovering that every coin has two sides and while the powerful, often land-grabbing side is over-present in the media; the ‘side-effects’ of quick growth and the pervading dominance of the Party, is sometimes forgotten.
But not always; a few days ago, The South China Morning Post argued: “China’s ruling Communist Party’s tightened control over think tanks and a crackdown on extravagance could be having an impact on how the leadership handles foreign affairs.” Taking the example of Beijing’s understanding of President Trump, the Hong Kong paper explained: “Beijing appears to have been caught off guard by Trump’s protectionist trade blitz, and that it underestimated rising anti-China sentiment among the US elite.”
Radio France International (Chinese language) commented on the above,; it observed that Beijing's tightened control over ideology at all levels, including on the college campuses, which requires students and researchers to closely follow the Party line, has hampered the working of the think tanks. As a result, nobody was able to predict the new US policies: “Any discussion of government policy without permission could be regarded as acting wantonly and issuing groundless criticism of the party's decisions and policies. It could result in punishment,” observed the Hong Kong newspaper, further remarking that “since the top priority of Beijing's policy is to maintain the party's power, some policy advisers have avoided in-depth discussions with US think tank researchers and have thus missed the opportunity to understand Washington.”
The South China Morning Post made another point: “China’s crackdown on extravagance could be having an impact on how the leadership handles foreign affairs.” The Party’s new policies have discouraged policy advisers from having in-depth discussions with their US counterparts “that would help them to understand the latest thinking in Washington, or from speaking their minds.”
The Nikkei in Tokyo noted another consequence of the present crisis: President Xi Jinping had been “conspicuously silent on the trade row with the US, sparking speculation that he is shielding himself from criticism in case it spirals out of control.” The Japanese publication commented: “Chinese leader avoids the spotlight -- and the blame.”
It is a fact that Xi has often been missing from the front page of The People's Daily in July, while his exposure on TV has considerably decreased: “Xi likely wants to stay out of the line of fire lest the trade war lead to significant repercussions such as job losses, which he could be blamed for,” believed The Nikkei.
Already in March, the Hong Kong newspaper had warned: “If anything goes wrong one person will have to accept responsibility for everything.”
At that time the Party planned to remove the two-term cap on China’s presidency from China’s Constitution.
Last week, Richard McGregor in The Financial Review even asked: “Has China's leader Xi Jinping now passed his peak?” He remarked: “China seems set on an inexorable rise to superpower status to rival the US. …But that begs another question which has been sweeping Beijing over the northern summer – whether we are now witnessing peak Xi Jinping.”
The author quoted a variety of sources: retired leaders, rival factions within the CCP and some ‘intelligentsia’; according to McGregor: “Xi has acquired many enemies along the way in the country's traditional power centres.”
Does it mean that we are witnessing the end of an era?
Certainly not, but the post-Trump ‘trade war’ will certainly bring instability in China, which may result in more collective leadership running the affairs of the Middle Kingdom.
One sign is the recent visit of the Li Keqiang to Tibet. It was the first ever visit of a Premier on Roof of the World. Like everything under the Communist regime, these visits are scripted and Tibet has never been the Premier’s responsibility; it is usually the Chairman of the Chinese People's Political Consultative Conference, also a Member of the all-powerful Standing Committee of the Politburo (presently Wang Yang) who 'inspects' Tibet; the head of the United Front Work Department also can occasionally visit the Roof of the World.
One reason for this unexpected change, might be that President Xi Jinping (who was then travelling in Africa) finally tries to delegate some of his responsibilities to Li Keqiang; rumors to this effect have recently been circulating in China.
The coverage of Li’s visit is another sign of some impeding changes.
Usually such an important visit would be announced after the VVIP is back in Beijing; only then reports would appear in Chinese and later the English version would come out, tailored for the foreign public.
This time, it was rather chaotic; some English websites broke the news on the first day of the visit, while Xinhua kept mum till Li was back in Beijing, despite the fact that in March, China decided to unify its Voice. It was then announced that Beijing had formed the world’s largest media group called Voice of China under the responsibility of the Publicity (ex-Propaganda) Department; it combined under one unified umbrella, the existing China Central Television, China National Radio, and China Radio International.
As Li Keqiang arrived in Tibet, China’s media started covering Xi’s trip to Africa, obliterating Li’s ‘inspection’ in Tibet.
All these unusual happenings seem to demonstrate that the awakened Dragon does not master everything and the drastic ‘follow the Party line’ policies have serious collaterals which ultimately harm China.
Posted by Claude Arpi at 7:18 AM