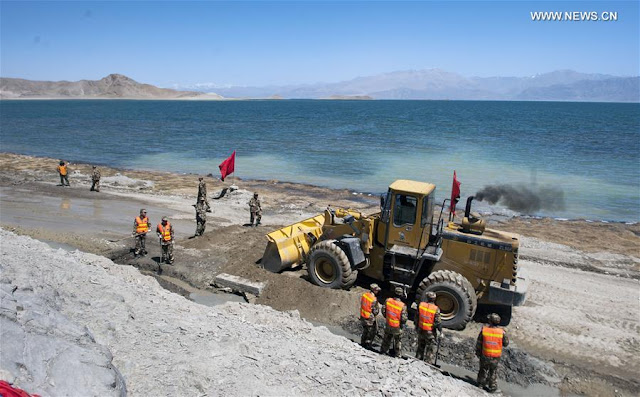 Last week, I quoted an article published by Xinhua about the Aksai Chin Road (Xinjiang-Tibet Highway or NH 219 for China); it concluded: “The highway today looks to me like an airport runway -- wide, flat and smooth - a heavenly road, indeed.”
It is certainly a great boon for the People's Libration Army (PLA) and China’s border management in general.
Xinhua asserted: “With a safe, modern highway, transportation costs from Yecheng to Ngari have fallen by 55 percent, leading to cuts of about 40 percent in the price of commodities in the Tibetan town. Better yet, the number of tourists in Ngari has surged five-fold.”
It is probably just a beginning.
Ngari area (Western Tibet) is going to become a very fashionable tourist destination in the years to come.
It will have critical implications for India's borders.
To understand how this point was reached, I reproduce below an extract of my book, Born in Sin - the Panchsheel Agreement.
To close down the Indian Consulate in Kashgar, without getting anything in return, was probably one of Nehru's greatest blunders.
But, like other blunders, it has been forgotten long ago.


The Closure of the Kashgar Consulate
A series of incidents occurred in the early fifties should have awakened the Government of India from its soporific Hindi-Chini Bhai Bhai dream-like world. It was not to be so.
Instead of alarming Nehru, these disturbing reports reinforced his determination to bolster the friendship with China.
On September 1, 1953, Nehru began a letter to the Chinese Premier thus:


It has been a matter of deep satisfaction to me to note the growing cooperation between our great countries in international affairs. I am convinced that this cooperation and friendship will not only be to our mutual advantage, but will also be a strong pillar for peace in Asia and the world.

The first of these incidents was the harassment of the Indian Trade Agent posted in Gartok in Western Tibet. Though Nehru wrote to Zhou Enlai about it, no following action was taken and no proper analysis of Chinese motivations was made.  And the complain was weakly drafted!
Nehru barely brought the matter to Zhou’s notice:


Recently, some incidents have taken place when the local authorities in Tibet stopped our Trade Agent in Western Tibet from proceeding on his official tour to Rudok and his staff to Taklakot, both important trade marts for Indian traders and pilgrims. There has been a forcible seizure of his wireless set which is essential for the performance of his duties. We learnt of this incident with surprise and regret, because it did not seem to us in consonance with the friendly relations between our two countries.

The harassment of the Indian Trade Agent in Western Tibet was without doubt linked with the work which had started on the Tibet-Xinjiang highway.
Rudok, located midway between Lhasa and Kashgar is the last small town before entering the Aksai Chin.
The presence of an Indian official there was embarrassing for the Chinese as they had started building a road on Indian soil. Did Nehru see the implications of the incident or did he still believe in Chinese goodwill?
His letter concludes thus:


I would invite Your Excellency’s Government to confer with our Government at the earliest suitable opportunity, either in Delhi or in Peking, on all such matters affecting relations between our two countries.

An official Indian report mentions that S.S. Khera, a Cabinet Secretary in 1962, later wrote that “information about activities of the Chinese on the Indo-Tibetan border particularly in the Aksai Chin area had begun to come in by 1952 or earlier.”

India's interests gone with the wind
If the Indian government had been ready to read beyond the Chinese rhetoric and Zhou’s assurance of friendship, it would have seen many more ominous signs. One of them was the closure of the Indian Consulate in Kashgar.
Here again, as in several other cases, Nehru justified the Chinese actions without taking any retaliatory measures or even protesting. India’s interests were lost to the ‘revolutionary changes’ happening in China. He declared in the Parliament:


Some major changes have taken place there [Kashgar]. As a result of those changes, which have nothing to do with India at the moment… our Consul went there – I speak from memory – probably in 1948, maybe even later, in 1949. But when these changes, revolutionary changes took place there, it is perfectly true that the Chinese Government, when they came to Tibet, told us that they intended that they wanted to treat Sinkiang as a closed area. They told other State Government, too. Well, nothing happened. Our Consul remained there. But because of those changes, because of many factors – among them being what happened in Kashmir – the trade ceased... Kashgar is important to us as a trade route. The trade went over the Karakoram, passed though Ladakh and Leh on to Kashmir. Various factors, including developments in Kashmir led to the stoppage of that trade... The result was, our Consul remained there for some time, till recently… but there is now no work to be done. So we advised him to come away and he did come away.

India had been trading with Central Asia and more particularly Kashgar and Yarkand for millennia.
Just because ‘revolutionary changes’ had occurred, the Government of India accepted the closure of its trade with Sinkiang as a fait accompli.
The reference to Kashmir is not relevant. Since the winter of 1948, India controlled the Zoji-la pass as well as Ladakh. At that time, the Karakoram Pass was still open to the caravans.
The unnecessary closure of the Indian Consulate in Kashgar was the green light that Mao needed to start building the Aksai Chin Road on the Indian territory.

Photos of the road today: 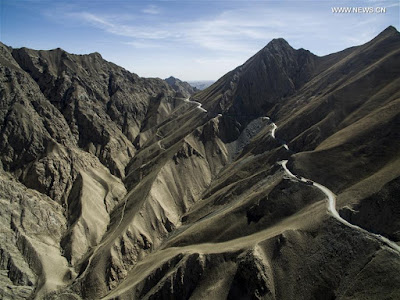 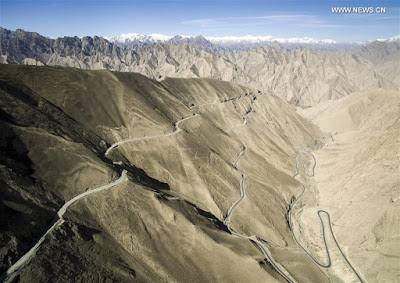 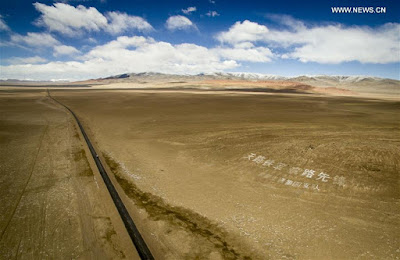 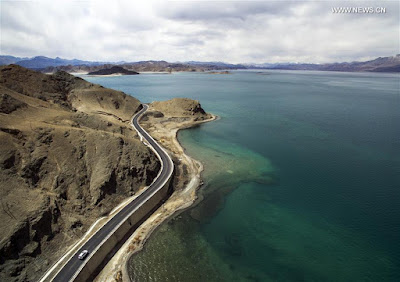