Metok and the tourist boom

Once upon a time Metok used to be the most remote valley of the Tibetan plateau.
This was good for India, whose Upper Siang district is adjoining Metok Dzong (‘dzong’ is 'county' in Tibetan).
But times are changing very fast for Metok, which, according to the last census, had only a population of 11,000 inhabitants .
A few days ago, China Tibet Online announced that Metok “is embracing tourism boom”.
The Chinese website affiliated to Xinhua quoted Zhang Yuhui, executive deputy director of Metok County: "The estimated tourist income in Metok will reach 10 billion yuan (1.6 billion US dollars)” just five years after the country was opened to the rest of the world.
Zhang explained that the commissioning of the road to Metok in 2013, from the ‘isolated island on the plateau’, the country has become one of the most thought-after touristic destinations in Tibet, many visitors 'from far and near' wanting to visit the area.
Metok (‘metok’ meaning ‘flower’ in Tibetan) is located in the lower reaches of Yarlung Tsangpo River, which becomes the Siang and then the Brahmaputra.
China Tibet Online noted: “The remoteness of the location, together with other reasons such as climate and geological condition, and economic development, led to the isolation of the region. Having no roadway linking it to the outside world until the end of 2013, Metok was the last county in China to get its road.”
Two years ago, I had reported the opening of the tunnel and the road on this blog and the grave implications for India.
Today, China Tibet Online praises the beauty of this most strategic area, just north of Geling and Tuting circles of Upper Siang district of Arunachal:


The scenery is marvelous. The place boasts the Yarlung Tsangpo Grand Canyon, the deepest canyon in the world, great waterfalls, luxuriant rainforests, towering snow mountains and the unique one-thousand-year Menluo [Mempa] culture. Enjoying a subtropical humid climate, the tranquil Metok has already inspired people’s imagination for a retreat away from the world.

Zhang Yuhui continued: “going to Metok had once been only the privilege of the ‘brave’ before the traffic was improved. After the opening of the road to Metok, self-driving travel became popular apart from hiking. Visitors from various places were attracted to this beautiful place,” while a few kilometers south, visitors still need an Inner Line Permit to visit Upper Siang district.
After the road was opened, Metok received 70,000 visitors in 2013; the number of tourists grew to 90,000 in 2014 and it is now estimated that there will be a 50 % growth this year. The country authorities are catering for 130,000 tourists.
Can you believe this?
The Chinese website noted:


It seems that tourism has already been chosen by Metok as a way to achieve economic development,” adding “people in Metok [used to] depend on crop planting, such as rice and corn, and hunting for their livelihood for thousands of years. This kind of living, though appearing to be a pastoral life in the eyes of an outside, put a heavy burden of poverty on the shoulders of the local people.

The article gave the example of bananas which were grown to feed the pigs. Now, with the arrival of the tourists, there is a good market for it. The price raised from two yuan (0.3 US dollars) per jin (half kilo) to five yuan (0.8 US dollars) today.
The revenues of the county are said to have grown tenfold in two years. Speaking of the local population, Zhang affirmed: “For many of them, running transportation or a family inn has already been part of the future plan”.
The Chinese official knows his lesson: "Our development concept is not to exploit, but to protect. We won’t develop any other tourism projects apart from the necessary traffic and accommodation facilities. No companies will be allowed to undertake the development in principle. Developing high-end tourism will be our aim in order to reduce man-made damages and keep the natural scenery of Metok.”
Whether it is propaganda or not, the recent developments in Metok are flabbergasting and should be a source of serious worry for India, as the Yarlung Tsangpo/Siang/Brahmaputra enters India in Gelling, a few kilometers south of Metok.

To run the show, the county needs electricity.
The same China Tibet Online recently announced the commissioning of the first unit hydropower station, known as ‘Yarang Station’, which was formally synchronized in the grid in November.
The article explained that the Energy Department Demonstrative Grid Project targets areas without electricity: “This marks an end to the severe power shortage history plaguing people of all upbringings in the Metok county region. Following this, Metok County’s people can finally say farewell to the unstable ‘power island’ that they had previously used. The switched over will provide a stable and reliable local power supply.”
The China Huaneng Group is the contractor of the Yarang hydropower station located 15 kilometers to the south west of Chengxi. Initially the plant should provide 5,000 kilowatts electricity, which is not much.
The construction of the run-of-river plant started in December of 2013. More worrying is the fact that the 1,683 meters-long diversion tunnel runs through what the hydro company calls the ‘Great Metok Fracture’.
Let us not forget that this area is one of the most seismically active in the entire Himalayan belt.
The dam company announced that an 'electric power dispatch center' has been built with an integrative intelligent control “it is the first county-level power grid in the country to achieve dispatch, transmission as well as transformation processes equipped with integrative regulation processes."
The construction of the Yarang hydropower station and its line extension engineering project is said to have placed priority on environmental protection and that the construction company has developed a control scheme regarding soil and water loss. Furthermore, within the overall project, the first sewage treatment station in Metok county has also been constructed: “All in all, the plant can achieve long-term operation without any significant pollution emissions,” said the builder.
The Metok county Party boss, named Tashi, explained that originally all of the power stations were small ones, and that the county had always been using a seasonal alternate power supply schemes. He believed that now “instability in the power supply has been ended, the long-term shortages of electricity are solved and therefore in the future residents will lead more productive and convenient lives.”
In 2013, 9 small hydropower stations were completed, along with 12 other mini hydropower stations. But it produced hardly a few MWs; further, added Tashi: “The construction of these power plants was low quality. We had for a long time depended on isolated power networks, and they had frequent equipment failures. Thus the power supply capacity they offer has been historically very poor."
Tibet Huaneng Power’s General Manager, Liu Xingguo confided that the Yarang hydropower station will be the backbone of Metok power grid. By the end of the year, “4 units will be put into full production. …After the completion of the other power plants, it will be possible to meet the needs of all households lacking electrical power.”
But will the quality of the plants be better than the earlier ones?

How to occupy all these tourists?
Xinhua recently announced a first Metok Culture and Tourism Festival held from October 23 to 25: “It attracted tourists from all over the country to enjoy the mystical highland scenery of southeastern Tibet,” said the News Agency, which added: “The area is covered with many outstanding natural beauties, as well as, ancient and unique Monpa and Lhoba [Lopa] culture.”
According to the same Tashi, the theme of the Festival was ‘Auspicious Pema’, ‘Pema’ is lotus in Tibetan and Metok is associated with the mysterious and mystical ‘Pemakoe’, the hidden valley in Tibet where the great Indian guru, Padmasambhava meditated during the 8th century.
The question remains this development should worry India.
It is too close to the McMahon line.
A few pictures of Metok. 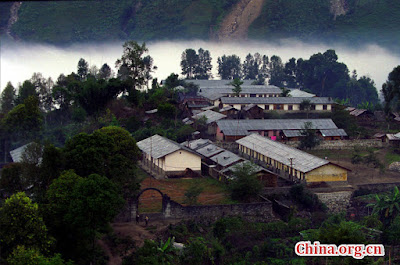 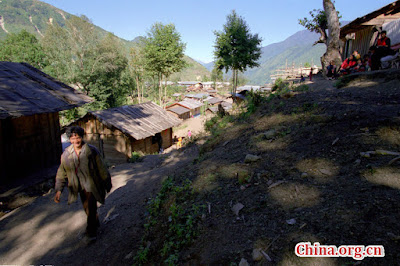 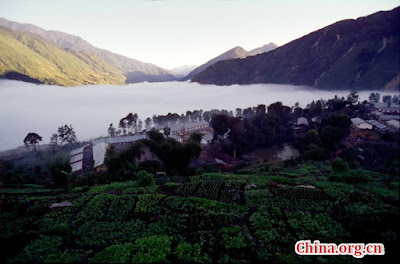 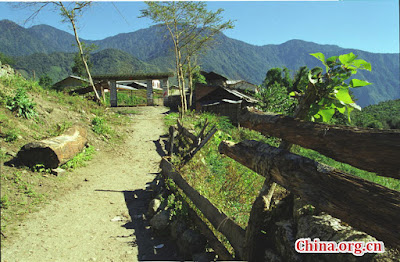 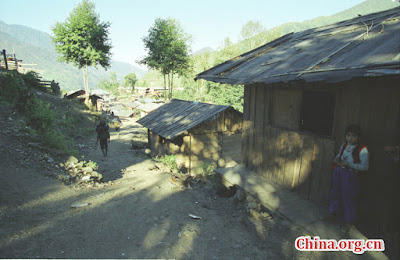 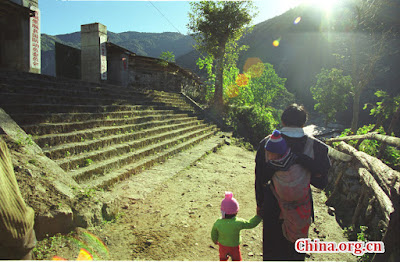 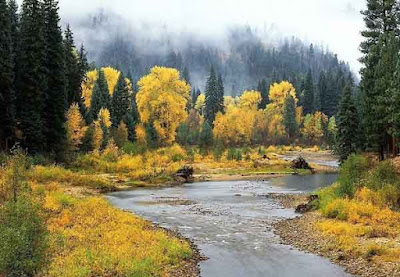