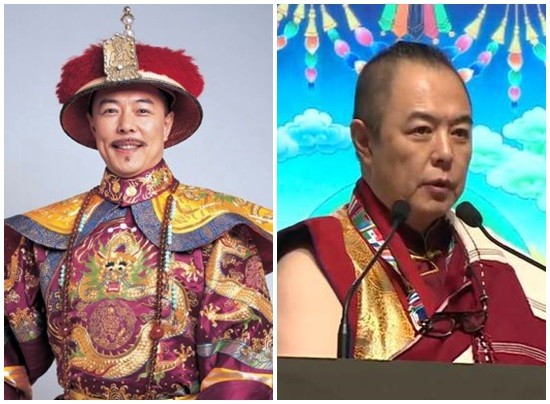 Communist China has recently developed a great expertise in ‘soul reincarnation’.
The reason why the atheist Party looked into the issue is that ‘Living Buddhas’, as Beijing calls the reincarnated lamas or Tulkus, usually wield a great influence.
They can have political power, but also economic sway: in fact, it is one of the best businesses nowadays, whether in the West or in the Middle Kingdom (in India too, though ‘Indian’ lamas often dream to migrate to greener pastures in the United States). More rarely, they have spiritual authority.
But the Communist Party is also conscious that things are getting out of hand; it has now decided to differentiate between the ‘good’ lamas, who will pay obedience to Marx Doctrine, and the fake ones, who are running their own private business.
During a meeting of the United Front Work Department in June, Xi Jinping, said: “Active efforts should be made to incorporate religions in socialist society,” the Chinese President added: “religions in China must be Chinese. The development of religions in China should be independent from foreign influence.”
That is probably why Beijing has decided to develop a database of ‘Living Buddhas’ to help differentiate fake from real (Communist) rinpoches.
Earlier this week, The China Daily reported: “Authorities are setting up a database of legitimate Living Buddhas and will publish the information online. This will enable followers of Tibetan Buddhism to distinguish between real Living Buddhas and fake ones.”
It added that “some fake Living Buddhas have posed threats to national security, as they use money they collect to sponsor illegal or even separatist activities in Tibet.”
How to get a certificate from Beijing that one is the right ‘returned-soul’?
Simply follow the rules of the Communist Party, which affirmed: “Living Buddhas, also known as Rinpoches or Tulkus, are deeply revered monks in Tibetan Buddhism, where it is believed that the soul of a senior Buddha is reincarnated in a child on his death.”
According to Beijing there are 358 Living Buddhas in the Tibet Autonomous Region (TAR) alone. That is quite a lot for a supposedly atheist region; apparently all went through the Party’s procedures.
The China Daily gives us the way to proceed:
This edict was proclaimed in 2007 in order to control the future ‘reincarnation’ of the Dalai Lama. Beijing believes that, with the Dalai Lama and the Panchen Lama in their hands, Tibet will be truly ‘liberated’, i.e. under the Communist Party’s control.
Whoever controls the Dalai Lama, controls the masses on the plateau, thinks the Party.
Interestingly, the procedures were not followed for choosing the reincarnation of the 10th Panchen Lama. After the search committee managed to assemble a list of a few possible candidates, it was clandestinely sent to the Dalai Lama, who chose his candidate, who was immediately arrested; since then he lives under house arrest ...somewhere in China.
The Chinese government then decided to run its parallel recognition process and enthrone another candidate, whose parents had better Communist credentials; Gyaltsen Norbu, the Chinese anointed candidate, is from time to time seen in Lhasa and the Tashilhunpo, the seat of the Panchen Lamas in Shigatse.
Norbu was recently elected chairman of Tibet Development Fund, a non-governmental organization …under the Chinese government.
Xinhua reported: “[The] Panchen Lama said he will work hard to help develop Tibet and lift its people out of poverty”. The fund is expected to play an even greater role in promoting social and economic development in the region under the leadership of the 11th Panchen Lama, said the news agency.


PS: While participating in the ceremonies marking the 20th anniversary of the enthronement of Gyaltsen Norbu, Chen Quanguo, Tibet's Party Secretary, remarked that he hoped Beijing's Panchen Lama would "unswervingly walk with the party". This was reported in The Tibet Daily.
Does it mean that Norbu does not always walk with the Party?
Chen also asked the Beijing-selected Panchen Lama to "resolutely draw a clear line between the 14th Dalai Lama and firmly reject all subversive separatist activities."
Has Gyaltsen Norbu not drawn the line as yet?
Anyway, Chen bravely pointed out that "Tibetan Buddhism is at its best period of development in history and religious circles and believers enjoy full religious freedom."
'Full religious freedom' ...for those who walk on the Party's path, of course.
Posted by Claude Arpi at 6:50 AM