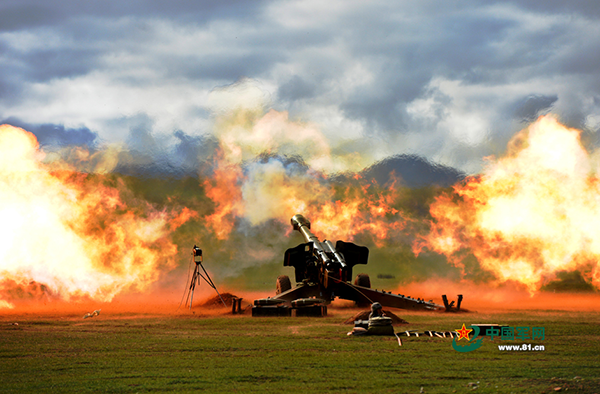 In March, The Times of India reported that the Indian Army is “fast running out of ammunition”.
The daily affirmed: “Tanks and air defence units, artillery batteries and infantry soldiers are all facing the crunch. The Army is, obviously, tight-lipped on the ammunition shortage. But a simple calculation reveals that at present, it may not have enough ammunition reserves to sustain a full-fledged war for even 20 days.”
War wastage reserves (WWR) should be enough for 40 days of intense fighting, with 21 days earmarked for ammunition with shorter shelf-life.
The then Chief of Army Staff, General Bikram Singh had stated that “if there is proper budgetary support for the new ammunition roadmap, the Army should have 50 per cent WWR and three years of training ammunition by 2015.”
It does not seem the case in China where the PLA is conducting frequent trainings with live ammunitions.
China’s Ministry of Defence published photos of “a scene of the heavy artillery in the joint drill. The tank battalion of an armored regiment under the Xinjiang Military Area Command (MAC) of the Chinese People's Liberation Army (PLA) conducted a joint drill on a snow-covered plateau on August 31, 2014.”
The caption under a picture is “a tank group is about to set out. The tank battalion of an armored regiment under the Xinjiang Military Area Command (MAC)”. Another picture is described as “a tank group is firing at the target.”
The photos seem to have been taken in the Aksai Chin region, opposite Ladakh. 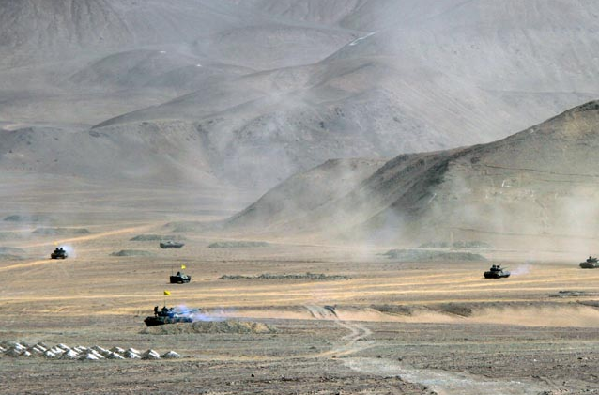 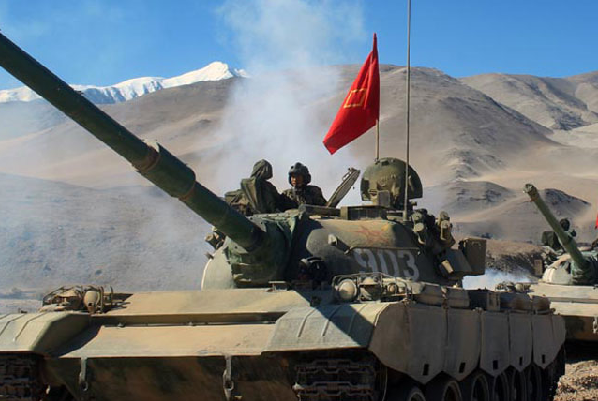 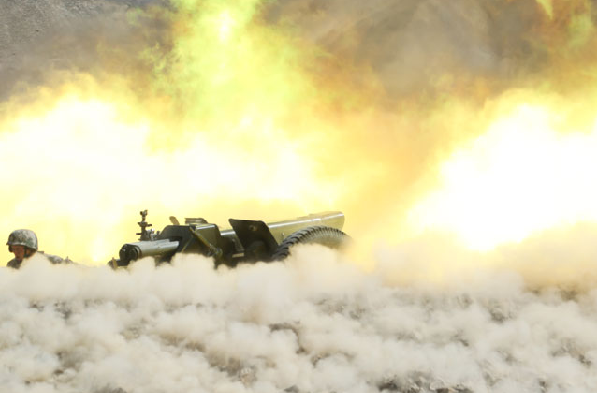 Obviously there is no lack of ammunitions in China.
Another example: between August 24 to 29, China hosted a ‘Peace Mission 2014’ with other States of the Shanghai Cooperation Organization (SCO). Held at Zhurihe training base in Inner Mongolia, it is the largest joint military drill ever organized by China, according to Yang Yujun, a Chinese Defense Ministry spokesperson.
Officially, the drill aims at countering ‘terrorist forces’, particularly the East Turkistan Islamic Movement, based in Xinjiang (and trained in Pakistan).
Yang stated that the exercise played an important role in deterring the ‘three evil forces’ of terrorism, separatism and extremism, safeguarding regional peace and stability and improving the military's ability to coordinate the fight against terrorism.
Here again training with live ammunitions was displayed.
On the Eastern 'Indian' front, north of the McMahon line, regular trainings are also being held.
The People's Daily shows some new all-terrain vehicles recently introduced in the  PLA, and used for the first time for military exercises in the Tibet Military District of Chengdu Military Area Command. 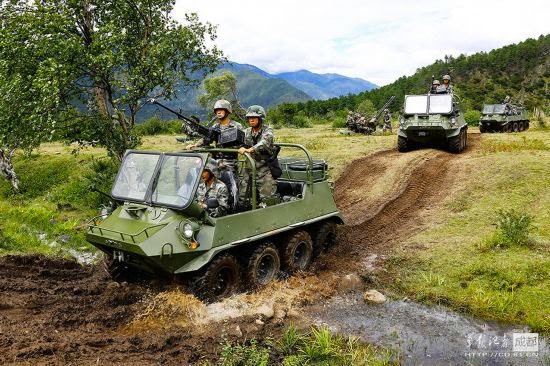 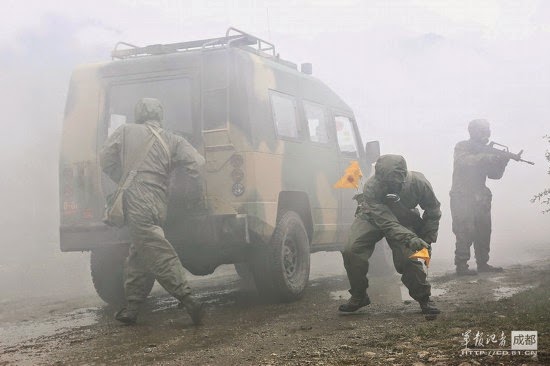 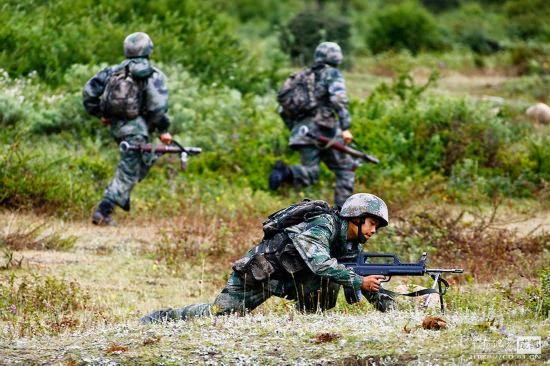 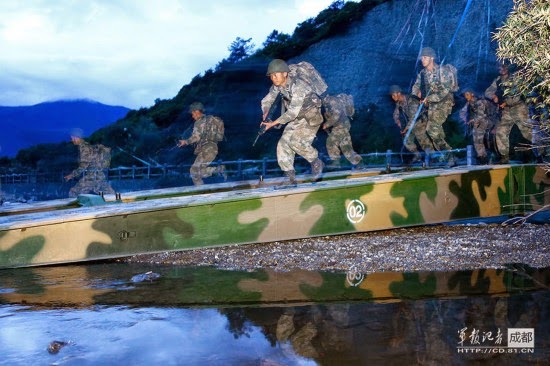 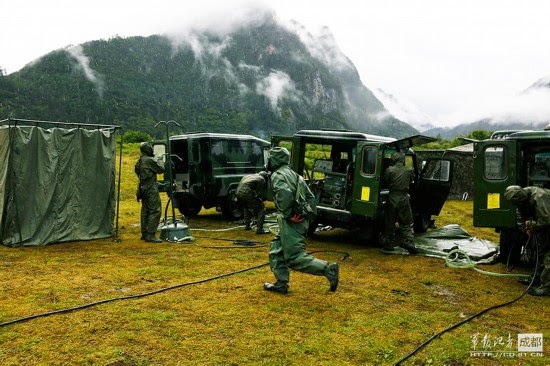 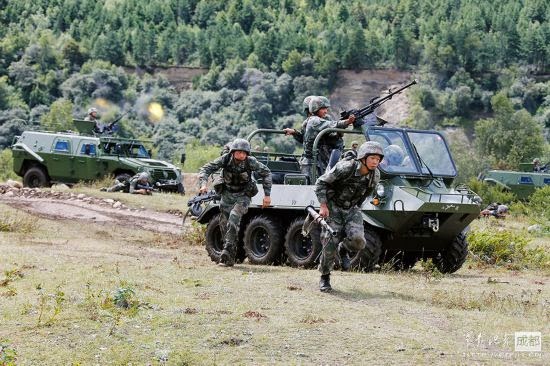 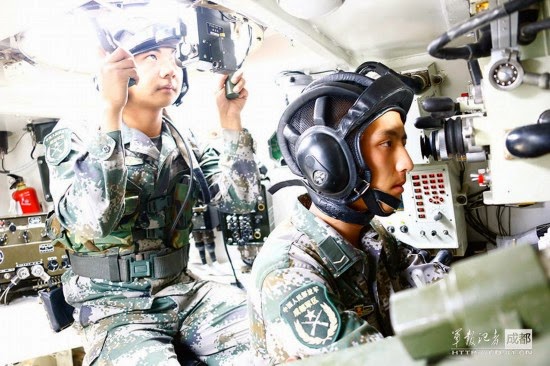 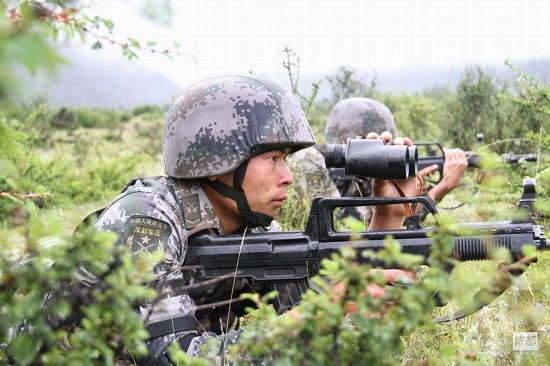 Here too, live ammunitions are used for the training. 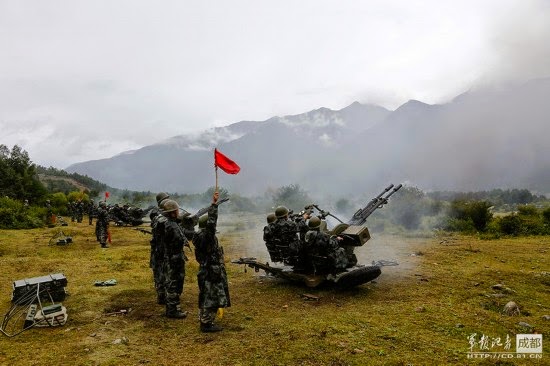 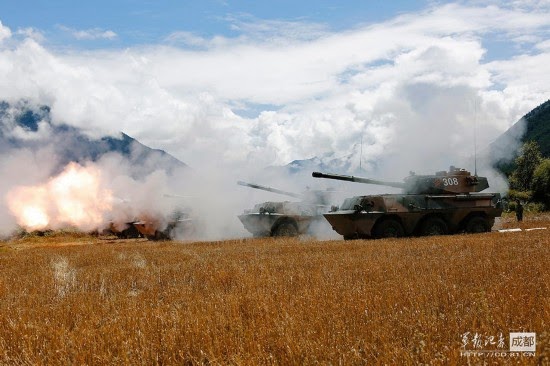 Though in the same series, the last picture may have been taken from another location.
Posted by Claude Arpi at 6:46 AM