The new Route for Kailash: a boon for Indians? 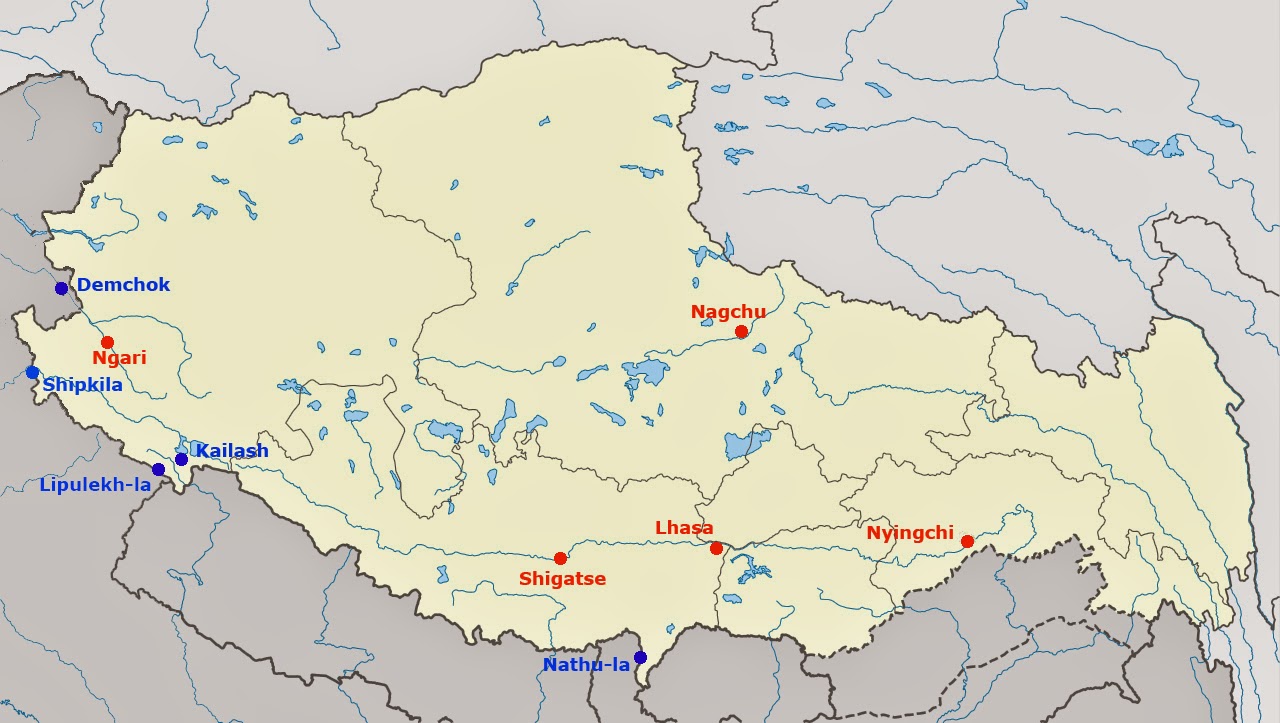 As New Delhi prepares to receive President Xi Jinping for his maiden visit to India, PTI reported that, as a ‘political gesture’, the Chinese President will announce the opening of a new route for Indian pilgrims wanting to go on the Kailash/Mansarovar yatra.
The question which needs to be asked: is it a ‘great gesture’ from Beijing or only a self-serving one?
According to the Indian news agency, the proposal has been under serious consideration: “All announcements including the quantum of investments China plans to make in India are expected to be announced during Xi's visit.”
At their first meeting in Fortaleza in Brazil in July, Prime Minister Narendra Modi had requested Xi to offer an alternative to the Lipulekh pass in Pittoragarh district of Uttarakhand for the Kailash yatra.
Either Demchok in Ladakh, or Shipki-la in Himachal Pradesh was expected to be the new port. It made sense in terms of access and 'comfort'.
The present Lipulekh-Purang route, also one of the traditional trade routes to Tibet, is often damaged by floods and the yatra has subsequently to be canceled.
Depending on the weather, the MEA yatra can take, every year, a  maximum of 1,000 pilgrims in 18 batches (selected through a lottery system). The pilgrimage involves a 22-day arduous journey.
It appears that the Chinese have now decided to open Nathu-la border point in Sikkim. PTI says: “The new route, though longer, takes pilgrims from Nathu La to Shigatse … [and] from there the pilgrims could comfortably travel to Mansarovar and Kailash using well laid out highway.”
It is obviously the Chinese argument.
The news agency adds: “It would be part of the big gesture of friendship not only to strike chord with Modi but also the people at large, specially the Hindus and Buddhists considering its religious importance.”
But is it a gesture of friendship or a decision driven by self-interest?
The Chinese foreign ministry told PTI that “lodging and boarding facilities for pilgrims have been improved with new hotels and additional beds with additional investments. Pilgrims also can have access to over 2300 vehicles.”
The Chinese foreign ministry asserted: “Indians pilgrimage to Tibet is an important content of bilateral relations. China's willingness is in accordance with the spirit of the agreement which has been signed by both parties...”
In article published in Rediff.com last month, I mentioned China’s interest in Sikkim (and Nathu-la).
I wrote: “More surprisingly, Yang [Yulin, deputy director of Tibet's railway office] announced that during the 13th Five-Year Plan (2016 to 2020) period, the construction of a railway connecting Shigatse with Kyirong in northern Nepal and with Yatung, in the Chumbi Valley -- located between Sikkim and Bhutan - will start.
I then questioned: “Kyirong is a logical extension of the line as China has extensively invested in this landport to make it the main link between Tibet and Kathmandu, (and economically invade Nepal), but why Yatung, at the bottom of Nathu-la? The border trade between India and Tibet is minimal.”
It is clearer now why Beijing is ready to offer to open Nathu-la for the yatris.
A few months ago, Wang Chunhuan, a professor at the Tibetan Academy of Social Sciences in Lhasa told The Global Times that the railway network in Tibet will play the role of a continental bridge in South Asia and promote economic and cultural exchanges with the subcontinent.
For China, the Yatung-Nathu-la-Gangtok route could become a trade gate to South Asia. But why should pilgrims take this extremely long route (see map) to visit the holy pilgrimages of Western Tibet?
For China, if they want to open the trade route with South Asia, it is undoubtedly a win-win proposition. But for India, opening Shipki-la (already opened for petty trade) or Demchok would be far better.
But does Delhi have a choice in this matter?
The government can however refuse the dumping of cheap Chinese goods via Yatung and Nathu-la.

Here is my rediff.com article.

Why do the Chinese want a train to Sikkim?
China is spending billions of dollars to improve infrastructure in Tibet and other parts of its border with India. Claude Arpi explains why New Delhi can't afford to ignore Beijing's plans.