Will Lanzhou and Chengdu Militray Regions be merged? 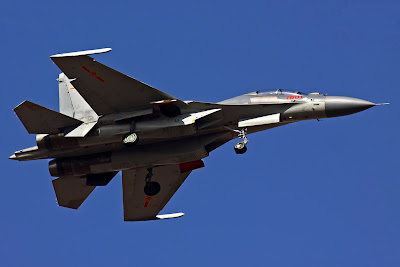 I recently quoted the Chinese Ministry of National Defence denying some rumors of military restructuring in China.
The Global Times spoke about these famous ‘rumours’; one is “a ground force headquarters will be added to the current Air Force, Navy and the second artillery force (missile force).”
A military expert also gave examples how to enhance the PLA’s ability of winning battles: “The ratio of officers to soldiers and that of troop units to organs are not reasonable in the PLA; …the scale and structure of the Chinese military should be further optimised and the proportion of combat forces should be raised.”
More recently several articles mentioned 'revamping' the military regions. Though earlier denied by the Ministry of National Defense, something is happening.
This article of the Agence France-Press focuses on the Sino-Japanese conflict around the inhabited islands of the East China Sea, but if the military regions (Military Area Command or MAC) are reduced from 7 to 5, the MACs dealing with India (Lanzhou and Chengdu) will probably be merged.
Some changes seem to be in the offing, though for Chairman Xi and his colleagues, the urgency seems to be more on the Japanese front.

China ‘mulls revamping military regions in bid to strengthen attack capability’
South China Morning Post
January 1, 2014
Agence France-Presse
Japanese newspaper report comes amid rising tensions in region
China is considering reorganising its seven military regions into five in a bid to respond more swiftly to a crisis, the Japanese daily Yomiuri Shimbun reported on Wednesday.
The news comes amid rising tensions over Beijing’s territorial claims in the region, with China and Japan squaring off over a chain of uninhabited islands in the East China Sea.
Each of the new military regions will create a joint operations command that controls the army, navy and air force as well as a strategic missile unit, the major daily said citing senior Chinese military officials and other sources.
The planned revamp would mark a shift from the current defence-oriented military that relies mainly on the army to one that ensures more mobile and integrated management of the army, navy, air force and strategic missile units, Yomiuri said.
“It is a proactive measure with eyes on counteracting the Japan-US alliance,” the daily quoted one of the officials as saying.
Tokyo and Beijing are locked in a simmering territorial row over Tokyo-controlled Senkaku Islands in the East China Sea which China also claims and calls the Diaoyus.
The United States, while insisting it does not take sides on sovereignty disputes, has said that the islands are under Tokyo’s management and so come under a security treaty in which it is required to defend officially pacifist Japan against attack.
Under the proposed military structure China aims to strengthen its attack capability to secure air and naval superiority in the South China Sea and the East China Sea, the daily said.
The newspaper also reported that Japan plans to deploy its first “Global Hawk” unmanned surveillance planes at an airbase in Misawa, on the northern tip of Japan’s main Honshu Island, adjacent to a US airbase where the same type of aircraft will be based later this year.
Japan’s defence ministry plans to deploy three Global Hawk drones between April next year and March 2016, Yomiuri said.
Misawa is located about 2,300 kilometres (1,430 miles) north of the Senkakus which Chinese coastguard ships have frequently approached, sometimes moving into territorial waters, since Tokyo nationalised some of the islands in September 2012.
Equipped with sophisticated sensors and radars, the Global Hawk drone is capable of flying more than 30 hours non-stop and detecting the movements of vessels, aircraft and missiles within a radius of 500 kilometres from an altitude of 18,000 metres.
It does not have attack capability.
The defence ministry and the US air force will jointly maintain the drones to ensure they operate effectively, the report said.
In addition, information collected by the Global Hawk will be shared and jointly analysed, Yomiuri said.
China, which has been ramping up military spending over its past decade of strong economic growth, has also tussled with the Philippines and Vietnam over maritime territories.
Posted by Claude Arpi at 2:59 PM