The annual Fashion Show has ended in Lhasa. Xinhua announced that the 2nd session of 10th Tibet People's Congress was held on January 10, 2014 in the Tibetan capital. Some 388 deputies from the Tibetan Autonomous Region attended the session.
Padma Choling, (alias Pema Thinley), the chairman of the Standing Committee of the People's Congress of the Tibet Autonomous Region (TAR) spoke both in Chinese and Tibetan language. It was a re-apparition after several months out of media sight.
It is Lobsang Gyatsen the Chairman of TAR who delivered the 'work report', in which the Party's 'achievements' for 2013 are listed.

Undoubtedly, the major announcement was the the decision to continue the railway line to the Indian border of Arunachal Pradesh (Nyingchi Prefecture of the TAR). I have already mention it.
Lobsang Gyaltsen listed his Government 'realizations':
Lobsang Gyaltsen said: "The achievements were inspiring and uplifting."
Xinhua added: "Deputies expressed that they will work hard, blazed new trails, and made new greater contributions to the leapfrog development in economy and society of Tibet."

But the most important part of the annual performance was the Great Fashion Show put up by the deputies.
Take a look.
Of course, the fur dress is not politically very correct, but a show is a show. 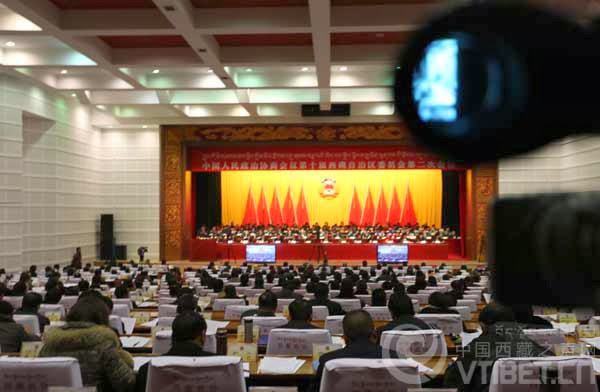 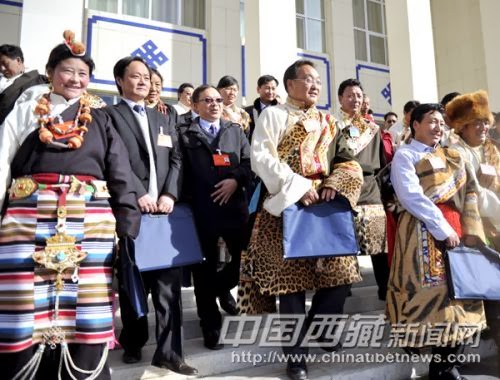 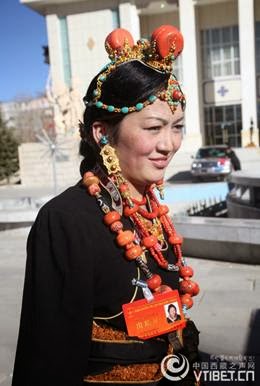 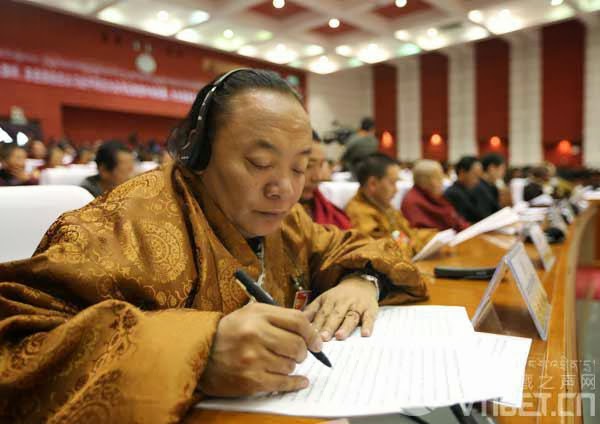 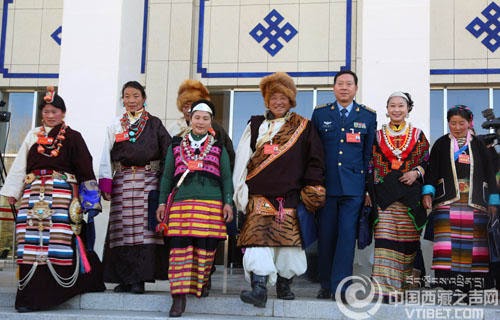 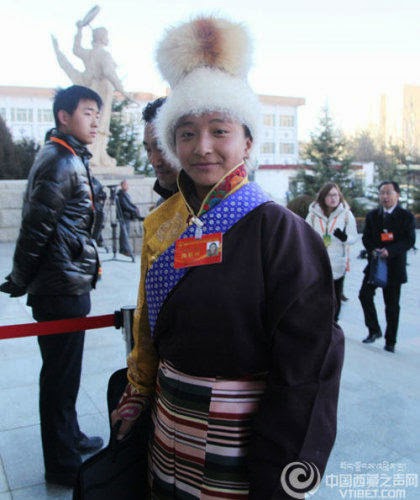 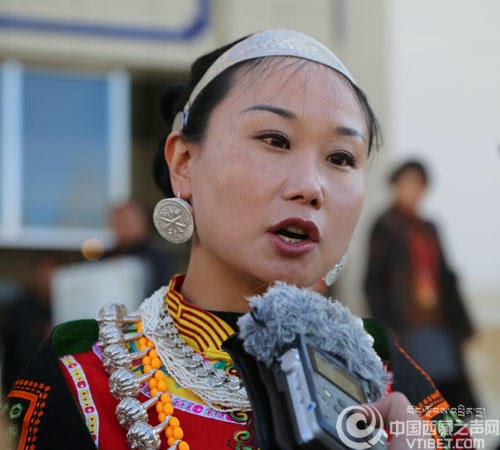 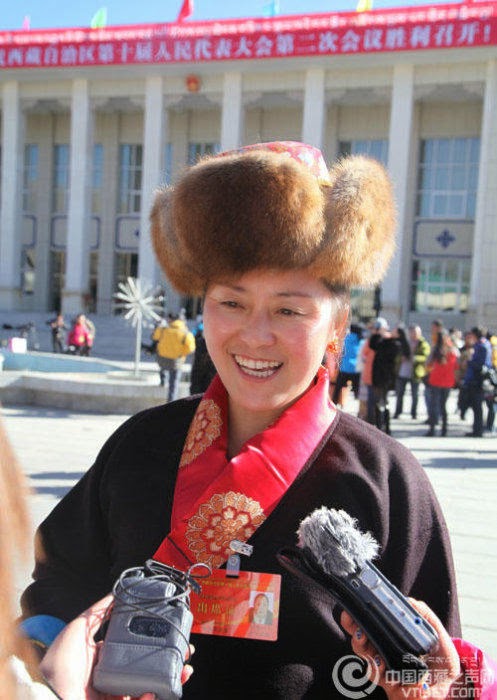 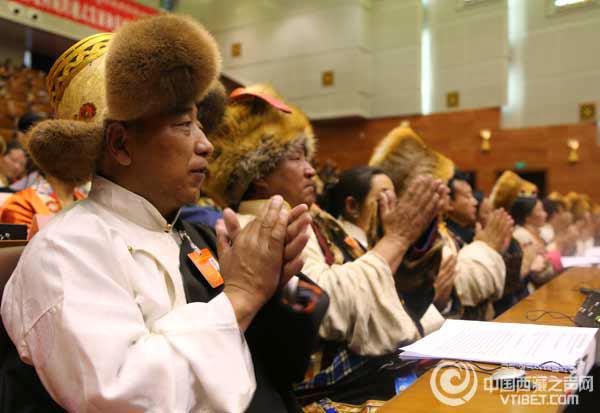 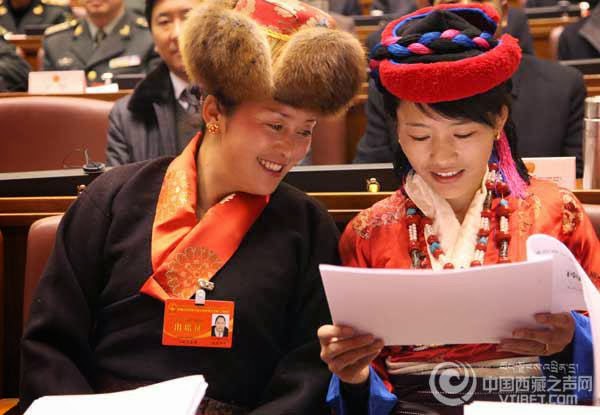