The top killer weapon to attack the most stubborn provocateur 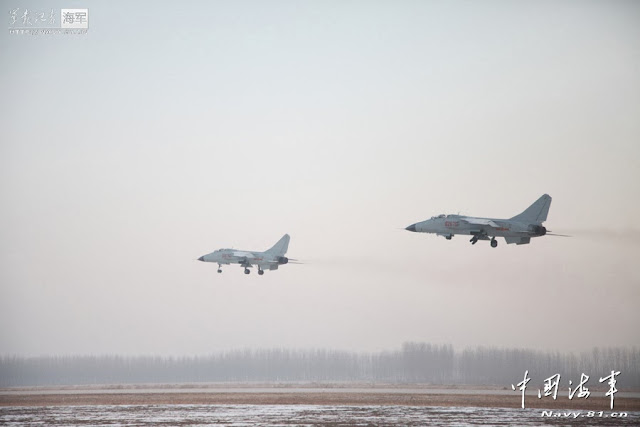 Today some news from the People's Liberation Army (PLA) and PLAAF (PLA's Air Force).
Most interesting is a short 'denial' in The Global Times which says: "The MND [Ministry of National Defence] denies rumors of military restructuring."
Usually in China, an official denial means that there is some truth behind the rumors, but it is too early to say it..
An official statement published on the MND website affirms: "Online speculation about a military reorganization and system adjustments are just rumors".
It however admits: "The defense ministry is researching a military reform plan which should be in accordance with reform decisions made last month by the Communist Party of China's Central Committee."
The Global Times details the 'rumours': "Online speculation over the reforms claimed that a ground force headquarters will be added to the current air force, navy and the second artillery force (missile force)."
An Army headquarters makes sense.
The second rumour quoted by the Communist Party mouthpiece is even more interesting for India: "The military areas in Xinjiang Uyghur and Tibet autonomous regions will be merged into one force."
In case of a conflict with India, it would be logical. Instead of having to coordinate the Western Front (Lanzhou Military Area Command) with the Eastern Front (Chengdu Military Area Command), with all the complications and coordination issues implied, India would be facing one 'Tibet' Military Area Command (MAC). Though it has officially been denied, it also makes sense for the PLA to have a single MAC facing India.
Another rumor/speculation is that the PLA's garrison in Hong Kong would be withdrawn, and naval and air forces would be administered by other military bases. It would be a step further towards the integration of the former British colony in the Mainland. Also denied.
Xu Qiliang, one of the two vice chairmen of the Central Military Commission recently told The People's Daily that "The Chinese military will strengthen and enhance the navy, air force and the second artillery force in accordance with the challenges and threats the country is facing."
It is how the rumors started...

Urgent need for standardization
In the meantime, The People's Liberation Army Daily published a report highlighting the urgent need for standardization in the Chinese armed forces.
It affirms that "standardization would multiply the troops' combat capabilities", admitting that the lack of coordinated standardization among the army, navy, and air forces could become the 'Achilles heel' of China's defence system.
This newly-found transparency is interesting.
The report gives concrete examples: "during a military exercise, sailors on the four ships were able to hear one another. However, they could not transmit combat data because their information system was not compatible with that of the recipients." 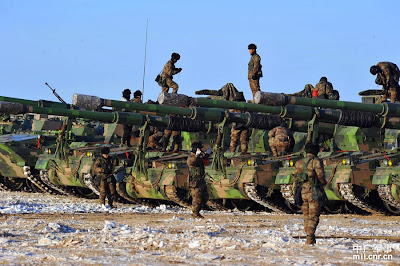 Another instance is cited: "A brigade in the Second Artillery responded to an emergency with more than 300 vehicles and equipment, but there were as many as 90 different brands and models. The communications battalion alone had 12 different models of generators. The brigade commander complained that if there were a war, they would need to have several truckloads of spare parts."
It is clear that the time for 'reforms' announced after the Third Plenum of the Central Committee has come.

Top Killer Weapon to Attack the Most Stubborn Provocateur
Another piece of news, on December 10, 2013, Huanqiu, the Chinese edition of The Global Times, wrote about the security threats facing China.
It explains that "China has to deal with complicated security threats from outside and inside of China, as well as security threats that are intertwined both externally and internally."
Of course for Beijing, 'external security threats' are mainly due to what China calls 'evil return to Asia' of the United States. According to Huanqiu, the internal security threats are the consequences "of unbalanced economic development, pollution, the huge gap between the rich and the poor, social conflicts, and the splits in political consensus among the leadership."
The article sees a collusion between 'outside hostile forces' and inside forces  using modern information technology (i.e. the Internet); it believes that "China faces intertwined external and internal security threats, such as Western hostile forces' political, ideological and cultural infiltration", adding that the 'Western hostile forces' have also "selected and trained some public intellectuals, known as Big Vs (online celebrities or influential microbloggers) and young government and military officials to spread a lot of dangerous information on the Internet in order to confuse the Chinese people."
The article quotes the unrest in the Arabic countries as an example of what can happen 'if the Chinese government does not watch out'; it will be the chaos in the Middle Kingdom!
Several ways to solve the security problems are suggested:
The article ended by a warning to the 'outside hostile forces': "China has the world's most powerful conventional ballistic missile, the top killer weapon, to attack the most stubborn provocateur."
Though the 'stubborn provocateur' is usually Beijing, whether in Depsang Plain or in the East China Sea!

From the other side of the border
A good news from the other side of the McMahon Line.
We thought that the Ministry of Defence (MoD) had gone into hibernation before the 2014 General Legislative Elections, but it is apparently wrong.
PTI affirms that: "France's Dassault Aviation and Reliance Industries are planning to set up a facility to produce wings of Rafale combat aircraft selected by IAF for meeting its requirement of 126 fighter planes [Medium Multi-Role Combat Aircraft or MMRCA] .The two firms are planning to set up a Rs. 1,000-crore facility for producing the wings of the Rafale combat aircraft and it is most likely to come up in Bangalore."
If this is confirmed, it is good news for India's defence forces.
PTI further explains that Dassault Aviation would help Reliance to establish The news agency's source asserts that the MoD and other agencies concerned, have given a green light to Dassault and Reliance to go ahead with the project.
Hindustan Aeronautics Limited (HAL) would however remain the lead integrator for the 126 MMRCAs: "The differences over the issue have been resolved and Dassault and HAL have started readying their teams for implementing the project after it is signed."
It may not be the 'top killer weapon', but a serious deterrent, in case China is tempted by another 1962-adventure (from a single MAC or two).
Posted by Claude Arpi at 7:17 AM