How to be elected to the People's National Congress 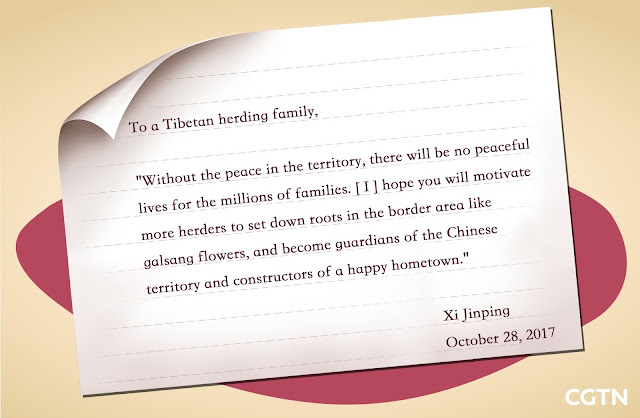 Xi Jinping made it.
He can remain in his seat for life.
The voting process was completed in record time and the constitutional revisions got the highest approval since 1999.
The South China Morning Post (SCMP) reported: “Under the watch of a confident and relaxed President Xi Jinping, nearly 3,000 Chinese lawmakers were nearly unanimous in their approval of changes to the state constitution that included removing the term limit on the presidency.”
The Hong Kong newspaper said that Xi, who had maintained a poker face throughout the opening day of People’s National Congress (NPC), appeared much more at ease after the vote: “He even smiled when Wang Cheng, the vice-chairman of the National People’s Congress, announced the final result of the voting. Only two of the 2,964 deputies voted against the constitutional revisions, three others abstained and one ballot was declared invalid.”
That is not much opposition for a so-called democratic process.
In 2004, when China's constitution was last amended, it had taken two hours.
This time the process was over in just one hour: no debate took place, no discussion and not even canvassing.
SCMP remarked: “The whole event was meticulously managed to the last detail. All the deputies gathered at the Great Hall of the People in Beijing at 3pm sharp. Each received a pink ballot paper the size of an A4 sheet. They were given a short briefing on how to use a specially designed pen to tick the box of their choice before putting the completed ballot papers in 28 red, electronic ballot boxes designed to immediately scan and record the results.”
Done!
Xi can remain as long as he wants ...or as long as his health permits.

Data on the NPC
Before the vote, a website npcobserver.com published data about the NPC; the figures are derived from the raw data provided on the NPC’s site: "The 2,980 delegates—roughly three-quarters of whom have never held such a position—are set to vote on the draft constitutional amendment in just a few hours. … But who exactly are these delegates, allegedly ‘hand-picked’ by President Xi Jinping and poised to reward him with indefinite tenure? "
Three quarters at least owe their jobs to Xi.
The analysis about the NPC's ethnicity is particularly interesting : « There are 55 officially recognized ethnic minorities in China. Collectively, they are apportioned 14.7% of the seats in the 13th NPC—a percentage both higher than their proportion in the Chinese population and than the guideline value set by the 12th NPC a year ago ('approximately 12%').  The figure shows the ten ethnic minorities with the most seats in the 13th NPC. Except the Manchu, they are also the ten largest minorities in China, according to the 2010 national census (though the order is different). While all 56 ethnic groups are represented in the 13th NPC, half (28) are each represented by only one delegate. Han delegates are on average almost five years older than non-Han delegates, more likely to be CPC members, and significantly (not in the statistical sense) likely to be male."

How are these delegates elected?
Take the case of a Tibetan delegate Choekar (or Dolkar).
As mentioned in this blog in November, soon after the conclusion of the 19th Congress, President Xi Jinping wrote a letter to two young Tibetan herders who had written to him introducing their village, Yume, north of Upper Subansiri district of Arunachal Pradesh.
Xinhua then reported that Xi “encouraged a herding family in Lhunze [Lhuntse] County, near the Himalayas in southwest China's Tibet Autonomous Region, to set down roots in the border area, safeguard the Chinese territory and develop their hometown.”
Xi acknowledged “the family's efforts to safeguard the territory and thanked them for the loyalty and contributions they have made in the border area. Without the peace in the territory, there will be no peaceful lives for the millions of families," he wrote.
The two Tibetan girls, Choekar and Yangzom had told Xi about their “experiences in safeguarding the border area and the development of their township over the years.”
Choekar's village, Yume (or Yumai or Yulmed) is located a few kilometers north of the McMahon Line, not far from the remote Indian village of Takshing.
It was enough for getting appointed a NPC delegate
It appears that many Tibetans from the nearby villages now want to move their homes to Yume. Choekar's sudden celebrity will certainly help  her village to grow exponentially ...and the border to be better protected.
Han tourists have already started pouring.
Villagers will build new guest accommodations and the border village will become wealthier  ...and the border will become more stable.
That is the Emperor's plan.
Of course, the Government of India is unable to think in this manner (in fact, can the Government think?)
Should a local girl from Takshing village on the Indian side of the border, write a letter to Delhi, it would go unnoticed by the authorities; it may not even be delivered.
Choekar had written about the importance for the border population to protect the sovereignty of the Motherland: by developing the border economy, poverty could be reduced.
Choekar, before her elevation was officially Village Affairs Oversight Committee Director, but now she is more, she is one of the 2,964 Chinese who took part in the historic vote; they ‘elected’ the new emperor.
The story does not say what has happened to the two who voted against the amendment of the Constitution.
Probably, the lenient ruler can allow this much dissidence.
It does not mean that the task will be easy for Chairman Xi; his new promotion may not help him to solve the immense problems facing the Middle Kingdom.
But this is another story.
Posted by Claude Arpi at 5:13 AM