Han Chauvinism and Stability on the Indian Border

As the Two Meetings (Chinese People’s Political Consultative Conference - CPPCC and National People’s Congress - NPC) are taking place in Beijing, a Tibetan lady-delegate from Qinghai province used strong words about the ‘prejudice against ethnic minorities’ rampant in the Middle Kingdom since the unrest in Lhasa a decade ago.
It was much older, but few have said so in public.
One was Bapa Phuntsok Wangyal, the 'first' Tibetan Communist.
Read an earlier post on the subject.

Sr Col Gawa
During a CPPCC session’s panel discussion, Guowa Jiamaoji (Gawa Jamyang?), a PLA singer, born in the Tibetan-inhabited area of Qinghai province, affirmed that the discrimination shown by the authorities against people from her ethnic group (‘Tibetans’) was ‘detrimental to national unity’.
According The South China Morning Post, the army soprano, who served the PLA for more than 20 years, “appealed to China’s central government to stop treating ethnic Tibetans as if they were separatists”.
Gawa said: “I don’t think they [Beijing] should impose measures intended to deter separatists on the whole Tibetan race …It’s like there’s an order from above [for all] to follow.”
Gawa first witnessed the prejudice after the March 2008 incidents, when riots and clashes broke out in Lhasa and spread across the plateau.
She clearly remembered “the prejudice she experienced in the aftermath of the unrest. …One time I led a group of performers to Beijing, everyone checked in to their hotels, but I wasn’t allowed to, because I was Tibetan.” 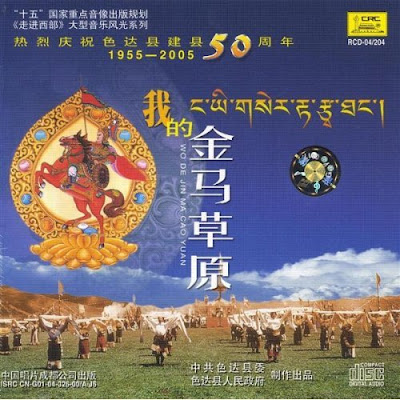 It is extremely rare that, what is known as Han Chauvinism, is admitted at official meetings.
The fact that it is being reported, is even rarer
Gawa told the panel that despite her military rank (Senior Colonel) and status as a CPPCC member, “the hotel staff simply refused to let her in. I showed them my CPPCC membership ID and my military ID but still wasn’t allowed to check in. I had to stay at a friend’s place.”
She added that the incident was not an isolated one; she had witnessed numerous examples of prejudice against Tibetan cadres, especially in Han-dominated areas.
She cited examples of discrimination: “The mainland has a 4G network already, but in many parts of Tibet and Xinjiang, the network is still only 2G,” the PLA soprano said, “of course, it might be deliberate that the networks there are not so strong.”
According to her, one solution would “to increase the number of people from minority groups in positions of authority: “Native cadres will stay here forever. But cadres sent from the mainland only stay for two or three years before they are promoted to higher office.”
It is a fact that the Tibetan Autonomous Region (TAR) has never had a Tibetan Party Secretary.
It is interesting that Gawa was allowed to speak on this ultra-sensitive topic.

Inspecting the border areas
In the meantime, the authorities are nervous with the approach of March 10; in 1959, the entire population (‘the masses’) of Lhasa rose to protect the Dalai Lama’s life. Ultimately, he escaped to India.
Since then, the day is celebrated by the Tibetans as their national Uprising Day.
The Global Times, the mouth piece of the Communist Party of China (CPC) mentioned the visit of a ‘stability maintenance supervision group’ to Ngari prefecture of Western Tibet and …on the China-India border.
Three senior officials of the (TAR) visited police and armed police posts. The delegation was headed by Penpa Tashi, a member of the TAR Standing Committee in charge of propaganda; other members were Tenzin Namgyal and Wang Yalin.

The local Tibet Daily affirmed: “The [officials] received reports from police officers about the security situation and emergency preparedness.”
Xiong Kunxin, a professor at Tibet University in Lhasa told the tabloid: “Ngari is an undeveloped prefecture in a high-altitude area with tough living conditions, and it's really close to the border with India. This lends foreign forces and Dalai Lama secessionist criminal gangs the opportunity to permeate into the region and conduct illegal and violent activities."
This is clearly a pretext as no Tibetan living in exile is allowed to approach border areas in Ladakh or Uttarakhand.
Why is Beijing so nervous?
Penpa Tashi asserted that “maintaining stability is really tough and the anti-secession and counter-terrorism struggles are intense and complex.”
The border police was encouraged to safeguard the ‘sustainable stability and security’ of the prefecture, located north of Uttarakhand and Himachal and east of Ladakh.
Tibet Daily further quoted Xiong saying that the “tough local topography makes it hard for the local government to boost economic development in the region, but promoting development is still the main goal for the local government to maintain stability. Ngari is a main battleground of the 1962 Sino-Indian border conflict.”
It is not completely true; the battles in NEFA were as tough as the ones in Ladakh.
The Tibet Daily also said that the officials visited a gas station and a security inspection station in the town of Shiquanhe (Ngari) where regular safety checks are conducted.”
The police was ordered to maintain stability and ‘prevent any security-related incident from happening.’
One of the officials, Tenzin Namgyal and his inspection team went at Geji County. Geji (Gegye Dzong in Tibetan) is located northwest of Mt Kailash.
Tenzin Namgyal inspected the area and ‘guided’ the work of the local officials; a Chinese website remarked: “The cold weather did not stop the pace of the inspection and the guidance work.”
Tenzin Namgyal is the deputy head of the District Supervision and Guidance Group.
During the inspection, Namgyal went “deep into the grassroots to maintain the first-line stability.” The group visited the Gegye County Public Security Checkpoint, the Command Center of the Public Security Bureau, the poverty alleviation relocation site in other places.
Namgyal emphasized that the victory of the first meeting of the 13th NPC is a major event in the political life of the Party and the country.
Did he mean the amendment of the Chinese Constitution giving Xi Jinping the possibility to rule China for more than two terms?
Namgyal also hoped that everyone will have “a hundredfold Enthusiasm, with a hundredfold effort to complete all kinds of work, …work style should be rigorous and meticulous; one should be determined to make every effort to stabilize the [Ngari] area during the ‘Two Meetings’ and the sensitive period of March [10] and ensure that the area keeps a sustained stability, long-term stability, and comprehensive stability.”
These words are dear to the New Emperor Xi.
But the fact that 'stability' is the leitmotiv of the Chinese leadership may be an indication that all is not that stable on the plateau. 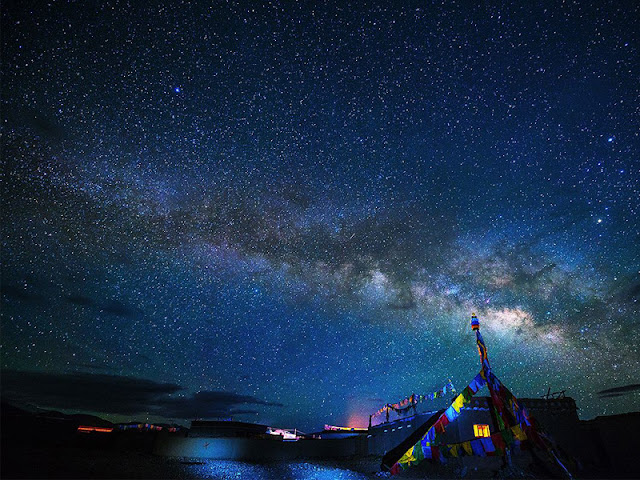 A more optimistic note
According Zhang Xinmin, a senior researcher at the institute of high energy physics in the Chinese Academy of Sciences affirmed: “China has almost completed building the world's highest cosmic ray telescope in Ngari prefecture.”
The chief scientist told The Global Times: “At an altitude of 5,250 meters, the Cosmic Microwave Background polarization telescope project will start operations in 2020."
The Academy's program in the TAR is designed to probe the primordial gravitational waves created by the first tremors of the Big Bang.
Ngari is the place to watch in the coming years, perhaps not for the ancient Big Bang, but for a new one.
Posted by Claude Arpi at 1:32 PM