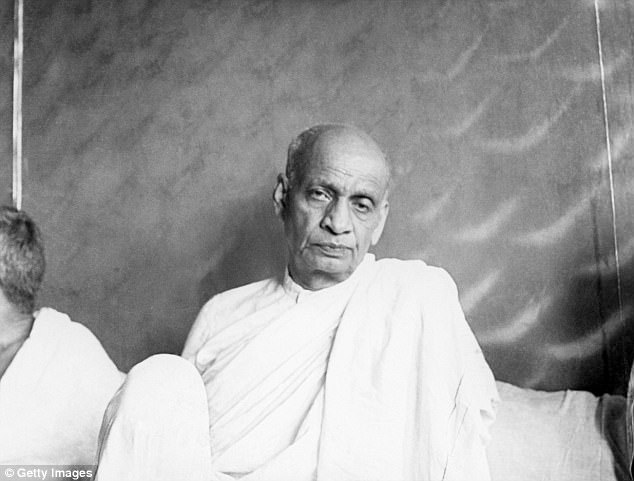 For several reasons, scarce scholarly research has been done on the internal history of the Congress; the main cause is probably that a section of the party would prefer to keep the history under wrap.
Take the acute difference of opinion between Sardar Patel, the Deputy Prime Minister and ‘Panditji’, how Nehru was then called by Congressmen.
In the last weeks of Patel’s life (he passed away on December 15, 1950) there was a deep split between the two leaders, leading to unilateral decisions, for which India had to pay the heaviest price.
The most serious apple of discord was Tibet’s invasion by the Chinese ‘Liberation Army’ in October of 1950. In the course of recent researches in the Indian archives, I discovered several new facts. Not only several senior Congress leaders, led by Patel, violently opposed Nehru suicidal policy, but many senior bureaucrats too, did not agree with the Prime Minister’s decisions and objected to his policy of appeasement, which lead India to lose a peaceful border.
It is usually assumed that on November 7, Sardar Patel wrote a ‘prophetic’ letter to Nehru, detailing the implications for India of Tibet’s invasion. In fact, Patel used a draft given by Sir Girja Shankar Bajpai, the Secretary General of the Ministry of External Affairs and Commonwealth.
A month after the entry of the People’s Liberation Army in Tibet, Patel sent Bajpai’s note under his own signature, to Nehru, who decided to ignore thes Deputy Prime Minister’s letter. Bajpai, the most seasoned Indian diplomat, even lost his cool, witnessing the nefarious influence of KM Panikkar, the Indian Ambassador to China, who ceaselessly defended the Chinese interests.
On October 31, in an internal note, Bajpai detailed the sequence of events which followed Tibet’s invasion and the role of Panikkar, whose attitude was compared to the one of Sir Neville Hendersons toward Hitler.
Bajpai’s anger demonstrates the frustration of many senior officers; the account starts on July 15, when the Governor of Assam informed Delhi that, according to the information received by the local Intelligence Bureau, Chinese troops, “in unknown strength, had been moving towards Tibet from three directions, namely the north, north-east and south-east.” Mao was preparing to invade Tibet. The IB had reported that “one column was moving from Jyekundo in Qinghai Province, the second one from Derge in the Sikang [Eastern Tibet] Province. …The third column, which came from the Yunnan Province, had reached the Shukla Pass.”
Not only Panikkar was unable to get any confirmation, but he virtually justified Beijing’s military action by writing: “in view of frustration in regard to Formosa, Tibetan move was not unlikely.”
During the next three months, the Indian Ambassador would systematically take the Chinese side.
Sir Girja, Panikkar’s direct boss, became more and more frustrated with the Ambassador who reported to ‘Panditji’ only; after the Tibetans lost Chamdo, the capital of Kham province, Panikkar argued: “I should like to emphasise that the Chinese firmly hold that Tibet is purely an internal problem and that while they are prepared in deference to our wishes to settle question peacefully they are NOT prepared to postpone matters indefinitely.” Beijing was hinting that the Tibetans were been ready to seat at the negotiating table. It was a pure lie.
After receiving Bajpai’s note, Patel wrote back: “I need hardly say that I have read it with a great deal of interest and profit to myself and it has resulted in a much better understanding of the points at issue and general though serious nature of the problem. The Chinese advance into Tibet upsets all our security calculations. …I entirely agree with you that a reconsideration of our military position and a redisposition of our forces are inescapable.”
Bajpai then prepared a draft for Patel to write to Nehru.
Some more details of the seriousness of the situation filter through Inside Story of Sardar Patel: The Diary of Maniben Patel, the daughter of the Sardar.
An entry on October 30 shows Patel deeply disturbed by Nehru constantly interfering in his ministry: “Jawaharlalji now trying to interfere in States' Ministry! If he has no confidence, why doesn't he tell Bapu [Patel] directly to quit,” writes Maniben.
The same day, Patel tells VP Menon, the Secretary of his Ministry, "You tell Rajaji that I don't want to keep the States Ministry".
On November 2, 1950, Maniben reports: “Rajaji and Jawaharlal had heated altercation about Tibet policy. Rajaji does not at all appreciate this policy. Rajaji very unhappy — Bapu did not speak at all.”
Later in the afternoon, “Munshi complained about Tibet policy. The question concerns the whole nation — said he had written a personal letter to Panditji on Tibet.”
Later Patel tells Munshi: “Rajaji, you [Munshi], I, Baldev Singh, [CD] Deshmukh, Jagjivan Ram and even Sri Prakash are on one side, while Gopalaswamy, Rafi, Maulana [Azad] on his side.”
There was a vertical split in the Cabinet; and it was not only about Tibet. The situation would deteriorate further during the following weeks.
On December 12, Patel was divested on his portfolios. Nehru wrote: “In view of Sardar Vallabhbhai Patel’s ill-health it is absolutely necessary that he should have complete rest and freedom from worry, so as to be able to recuperate as rapidly as possible. …no work should be sent to him and no references made to him in regard to the work of these Ministries.”
Gopalaswami Ayyangar was allotted the Ministry of State and Nehru kept the Ministry of Home.
The Sardar was only informed after the changes were made. He was deeply upset. Three days later he passed away.
The question is why nobody has ever research these important historical issues.
Posted by Claude Arpi at 11:31 AM