More roads to the Tibet borders 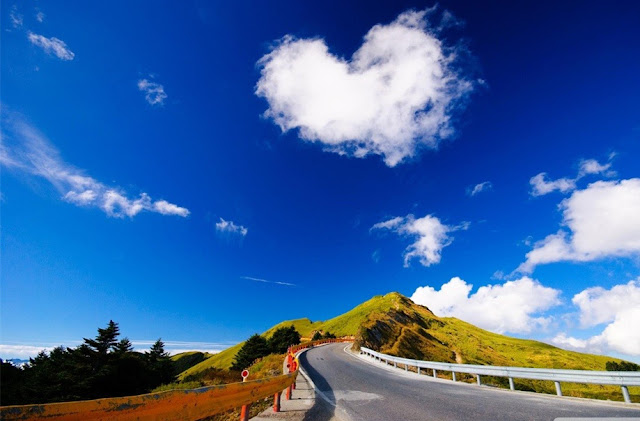 China actively continues to invest on infrastructure towards Tibet’s borders with its neighbours.
According to Kangba TV, a new Yunnan-Tibet highway is under construction. The project will eventually cost 2.34-billion-yuan.
Starting from Bingzhongluo Township in Yunnan Province, it will proceed towards Gongshan Derung and Nu Autonomous County of Nujiang Lisu Autonomous Prefecture. The road will  then pass through Tshabarong (pinyin: Cawarong Township) and ends up in Zhowago (the Tibetan rendering is not clear) in Zayul County of Nyingchi Township of the Tibet Autonomous Region (TAR).
Bingzhongluo Township in Yunnan is famed for the coexistence of different religions including Tibetan Buddhism, Catholicism and Christian.
The village of Tshabarong lies at the relatively altitude of 2,003 meters. Formerly known as Tsarung, it was traditionally on a southern trade route running from Yunnan to Tibet; it was also part of the fame tea-horse road. Wikipedia describes the road thus: “An unsealed road cut into the cliffs above the Nu River links it to Bingzhongluo in Yunnan.”
Tshabarong is a stage towards the Khawa Karpo’s pilgrimage, the highest mountain in Yunnan’s province (part of the Tibetan territory lies in Yunnan). The peak is located on the border between Dechen County of Yunnan, and the  counties of Tsogang (Chinese: Zogang) in Chamdo Prefecture and Zayul in TAR. Khawa Karpo is one of the most sacred peaks in Tibetan culture.
The new 280-kilometer road will run for 253 km in the TAR where it will link up with the Sichuan-Tibet highway.
Official sources said that the new Yunnan-Tibet highway is expected to meet the 4th national highway standard: “Due to the low altitude, the highway enjoys a variety of cultures and natural landscapes including sharp cliff standing on the bank of Nujiang [Salween] River, barren dry and hot valley, flourishing forest and magnificent glacier.”
The road will end up near the Indian border, opposite the Anjaw district of Arunachal Pradesh.

Plan for Nyingchi Prefecture
The same Kangba TV reported about the TAR’s economic and social achievements during the 12th Five-Year period and the details of the 13th Five-Year Plan.
According to the report, the Communist Party’s regional committee of Nyingchi Township has adopted new “policies to advance the social reform and development, which leads to much progress in diverse fields.”
During the 13th Five-Year Plan period, Nyingchi’s objective should be one of the first townships “to complete the building of a moderately prosperous society in 2018. By 2020, it is expected to be built into a higher-level moderately prosperous society.”
It says that the main index of its public services may reach the average level of western China.
It will work in ‘six major sectors’ which includes improving people’s livelihood, expanding the investment, protecting the ecology, promoting the industries, boosting innovation and ensuring the social stability.
Though, not mentioned in the press release, the roads to the Indian borders will be a major component as I mentioned in recent posts on this blog. 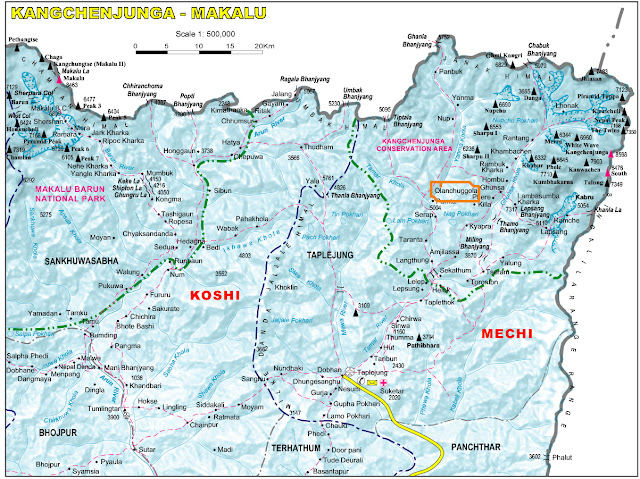 Road to Nepal Border
In the meantime, The Kathmandu Post said that China was extending its road connectivity up to the Nepal-China border point at Tiptala Bhanjyang in Olangchungola, which is a village in the north-eastern of Nepal.
It was once a busy and historical trade route with Tibet. Located at 3,100 m on the Tamur River, Olangchungola is named after the local inhabitants, the Walungs who came from Tibet.
According to The Post, the villagers in Olangchungola, Taplejung are excited about the prospects of having a road connectivity with Tibet. Once the road is opened, the villagers can transport daily essentials from the Chinese mart on the Tibetan side.
People living in border areas of Taplejung buy their daily essentials, including rice, salt and oil, from Riu Bazaar in Tibet, while exporting herbs and carpets.
The new road extending all the way to Tiptala Bhanjyang will cut the travel duration and make it easier for the people to ferry heavy loads. In the past, people had to walk around 2km to reach Tiptala Bhanjyang.
The road connectivity with Tibet has created a great excitement among the people in the area, said The Post: “We have been travelling on foot to reach Lachiphungchung in Tibet before taking vehicles to reach Riu bazaar. Now, we can get vehicles at the border point itself,” remarked Dawand Lama, a trader.
The local authorities still have to open 17 km road on the Nepali side, from the border point to Olangchungola. Local people have also urged Prime Minister Pushpa Kamal Dahal to request the Chinese administration to provide excavators to open a road on the Nepali side.
China will certainly oblige; one more Chinese in-road into Nepal.
Posted by Claude Arpi at 7:24 AM