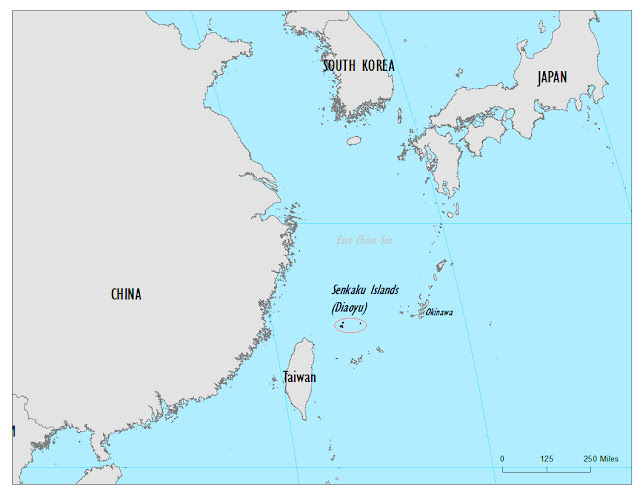 This book is detailed, precise, legally well-researched. The author’s general principles can apply to any of China’s territorial claims. It’s perhaps high time for India to prepare such studies for its border with China from Ladakh to Arunachal, writes CLAUDE ARPI

This book, written by Dr Monika Chansoria, a Senior Fellow at the prestigious Centre for Land Warfare Studies, is timely for several reasons, but first and foremost because it describes the way Beijing conducts ‘diplomacy’ in its extended neighbourhood.

Chansoria writes: “Changing the territorial status quo has been the unfinished business of the People’s Republic of China since its founding in 1949, when it set out to forcibly absorb the sprawling Xinjiang and Tibetan plateau - actions that increased the landmass of China by 44 per cent.”
The scholarly author continues: “Underlining the fact that China does not apply the rule of law at home, its ingenious principle to covet neighbours' territories is: ‘what IS ours is ours and what is yours is negotiable’.”
India has been at the receiving end of China’s irredentism since Independence.
Chansoria quotes Maj Gen Zhang Zhaozhong of the People's Liberation Army (PLA), who mentions the ‘cabbabe’ strategy; it involves “asserting a claim, launching furtive incursions into the coveted territory, and erecting - one at a time - cabbage-style multiple layers of security around a contested area so as deny access to a rival.”
In other words, you grab what you want or what you need for your security, cover it with a few ‘security layers’ and then offer ‘friendly’ discussions to the opposite party.
The Chinese-speaking scholar continues: “The strategy bears all the hallmarks of modern Chinese brinkmanship, including reliance on stealth, surprise and a disregard for the risks of military escalation and seeks to ensure that the initiative remains with China.”
Similar tactics were used during the negotiations with India for the Panchsheel agreement in 1954; at that time China had just started building a road in the Aksai Chin.
This book is relevant because it is crucial for Indian strategists to understand the pattern used by Beijing, one could call it ‘grabbing with Chinese characteristics’: “construct a dispute, initiate a jurisdictional claim through periodic incursions, and then increase the frequency and duration of such intrusions, thereby establishing a military presence or pressuring a rival to cut a deal on China's terms.”
China is always one stage in advance on its opponent, which is often kept off balance. This is not only the story of the Senkaku Islands, but also the ‘rocks’ in the South China Sea, the Aksai Chin region of Ladakh or the LAC in Arunachal Pradesh or Uttarakhand (incursions are mildly called ‘transgressions’ by the shy Indian politicians). Beijing invariably follows the same pattern, if there is no resistance, no opposition, it continues to advance, till it is stopped by force at the risk of a conflict.
One could also cite the example of Tawang and other areas Arunachal Pradesh where historically the Tibetan ‘influence’ has never been more than ten percent of the landmass of the State, but which is today claimed by China as South Tibet in his entirity.
Unfortunately for Beijing, in the present case, the Japanese are not ready to be bullied.
Chansoria starts her study by the ‘Genesis of dispute in the East China Sea”. The fact that the author calls the Island in dispute as ‘Senkaku’, the Japanese name, shows which side of the dispute she stands.
China calls the Islands, Diaoyu (‘fishing platform’").
Chansoria however highlights the complexity of the issue: “The dispute over sovereignty of the Senkaku/Diaoyu Islands is structured around economic interests, domestic political compulsions, issues surrounding national identity and allegiance, requirements of international law and the long-standing baggage of historical grievances.”
The eight uninhabited islands, located in the East China Sea, northeast of Taiwan, east of the Chinese mainland and southwest of Japan's southernmost Okinawa prefecture, might be small, but are the object of a bitter quarrel which could explode anytime. The five volcanic islands and three rocky outcroppings have a total land area of only 6.32 sq km.
On January 14, 1895, the Japanese Cabinet had passed a formal Resolution incorporating the Senkaku Islands into its territory. Japan argued that before 1895, the islands were terra nullius (i.e. territory claimed by no nation). The Islands were placed under the jurisdiction of Okinawa Prefecture. This is the foundation of Japan’s legal basis for asserting its claim over the islands.
In May 1895, Japan and the Manchu (Qing) Dynasty signed the Treaty of Shimonoseki ending the Sino-Japanese war. Under the agreement, (considered today by China an ‘unequal treaty’), China ceded Taiwan/Formosa to Japan “together with all the islets appertaining or belonging to the said island of Formosa.” The Treaty did not specifically mention the Senkakus.
Today Beijing and Taipei argue that after World War II, the Allied declarations at Cairo and Potsdam restored to China territories taken through military aggression by the Japanese, and thus the islets should have been returned to China.
In October 1945, Japan relinquished authority over all territories seized or occupied (such as Manchuria, Formosa and the Pescadores), but in no agreement were the Islands of Senkakus mentioned; by default it remained part of Okinawa prefecture. Of course, China does not agree to this reading.
Chansoria goes into depth into the International Law, Legal Provisions and Conventions; the Resurgence of National in China and Japan (an important factor of the dispute), but also the Oil, Gas and Economics of the Conflict, (which understandably exacerbate the lust of the opponent and harden the respective positions) and finally the China-Japan-America Triangle (which makes any peacemakers lose faith in any possible negotiated solution).
Her last Chapter is on ‘Reigniting a Quiescent Volcano’.
Her conclusion points to the need “to steer Asia towards a regional order that maintains stability in the power equilibrium, thereby challenging a visibly coercive Sino-centric vision of the future Asia, especially within the Indo-Pacific.”
It is easier said than done, but the Modi government has taken many steps in this direction by establishing closer links with Japan, Vietnam or Australia.
The work of Chansoria is detailed, precise, legally well-researched.
The general principles described by the author can apply to any of China’s territorial claims.
It is perhaps high time for India to prepare such studies for its border with China from Ladakh to Arunachal. It may one day be usueful.
Posted by Claude Arpi at 5:54 AM