Soon after the conclusion of the 19th Congress, President Xi Jinping wrote a letter to two young Tibetan herders who had written to him introducing their village, Yume, north of Upper Subansiri district of Arunachal Pradesh.
According to Xinhua, Xi “encouraged a herding family in Lhunze [Lhuntse] County, near the Himalayas in southwest China's Tibet Autonomous Region, to set down roots in the border area, safeguard the Chinese territory and develop their hometown.”
Xi acknowledged “the family's efforts to safeguard the territory, and thanked them for the loyalty and contributions they have made in the border area. Without the peace in the territory, there will be no peaceful lives for the millions of families," he wrote.
The two Tibetan girls, Choekar and Yangzom had told the CCP’s Secretary General about their “experiences in safeguarding the border area and the development of their township over the years.”
Interestingly, the girls’ village, Yume (or Yumai or Yulmed) is located a few kilometers north of the McMahon Line, not far from the remote Indian village of Takshing.
Can this letter from Xi Jinping be considered as an acknowledgment of the McMahon Line, as the Indo-Tibet border? Xi clearly thanks the two herders for 'guarding' the border?
From the reporting of Xinhua, it seems so.
Xi further hoped that the girls’ family could “motivate more herders to set down roots in the border area ‘like galsang flowers’, and become guardians of the Chinese territory and constructors of a happy hometown.”
The report also xplained that Yume is China's smallest town in terms of population. 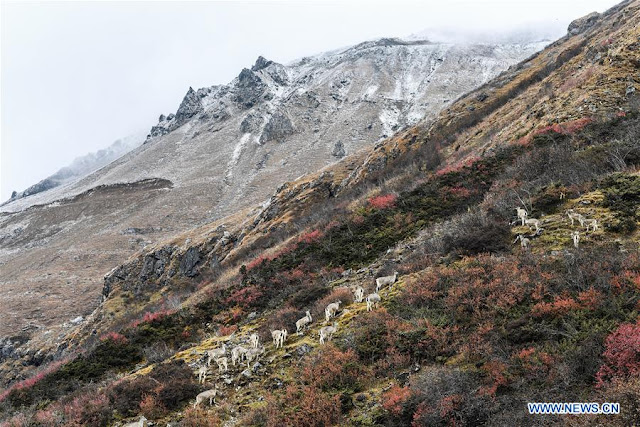 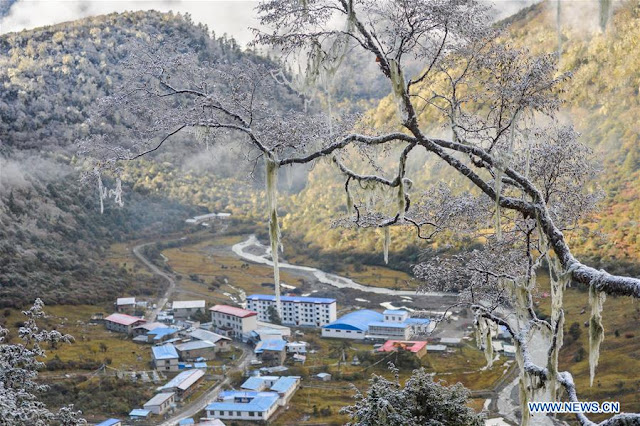 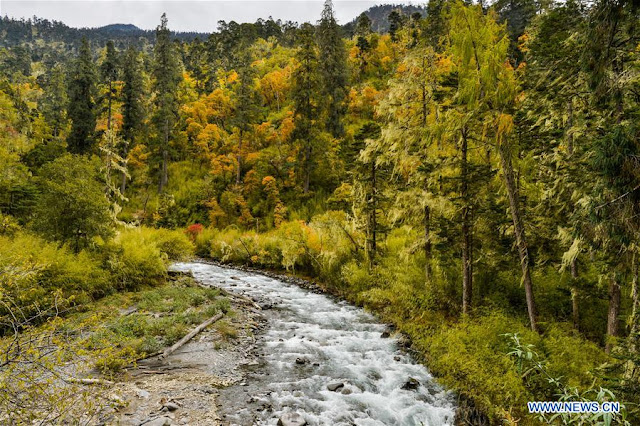 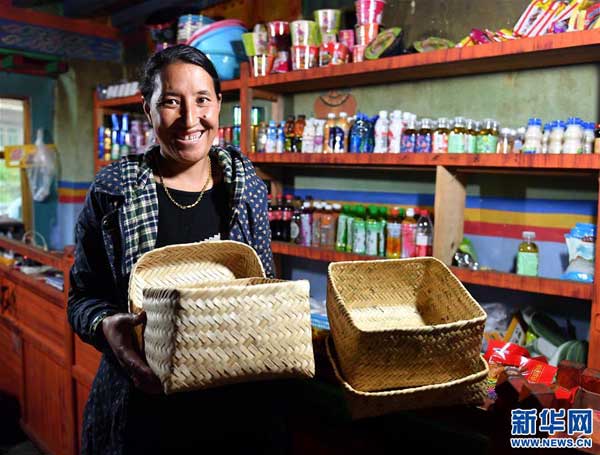 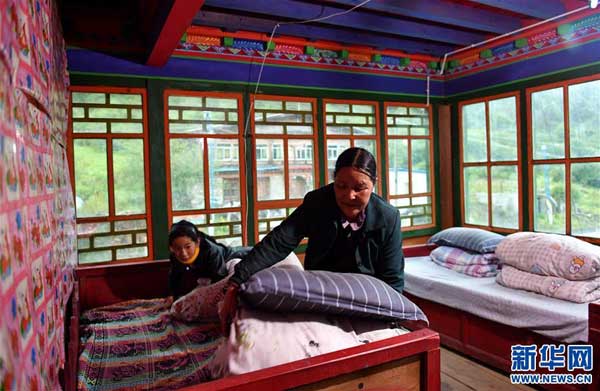 Visit Wu Jingje in Yume
Earlier in April 2016, I had mentioned the visit of TAR’s Party Secretary Wu Jingje

According to The China Daily, Wu Yingjie, the Party Secretary of the Tibet Autonomous Region, visited Yümé (or Yumai) ‘the most sparsely populated town in China’ on October 12. 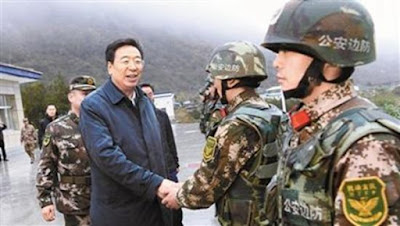 The village (termed as a 'township' by China) is located north of the McMahon Line (and the Upper Subansiri district of Arunachal).
It is a border village with India.
The China Daily reported that Wu met frontier troops in the remote area: “[Wu] conducted a field survey on how to promote development and stabilization of the border region, people's livelihood, grass-root-level Party building and poverty alleviation.”
The Chinese publication adds: “Setting out from Lhasa, capital of Tibet Autonomous Region, you must drive 400km to reach Lhunze [Lhuntse] county, Shannan city [in Lhoka] and another 200km muddy mountain road to reach the township.” The ‘township’ covers an area of 1,976 square kilometers and has one village comprising nine families …and 32 people.
Wu Yingjie told the local residents: "You defend the border areas of our country and protect our country from being nibbled or divided. I salute you."
A flag raising ceremony was held in Yümé on the occasion of the Party boss.
The China Daily notes: “Frontier soldiers and local residents patrol in the township. Every resident of the township has a strong awareness of border defense and make it part of their life,” adding  “Though far away and less populated, Yumai township is not under-developed. It once had only one family. Then cadres and doctors were dispatched there by the government and the road, power station and health center were built to make it more suitable for living. By 2015, the residents' per capita disposable income reached 26,000 yuan ($3,838).”
Who is to verify this?
On October 28, (two weeks after the visit to the border), Wu Yingjie presided over a meeting 'to deliver the spirit' of the just-held Sixth Plenum.
After calling everyone to closely unit 'around Comrade Xi Jinping as the core', Wu noted that the Central Committee was "very concerned about Tibet Autonomous Region and its people of all ethnical groups".
He mentioned "the important strategic thought: governing border areas is the key for governing a country, and stabilizing Tibet is a priority for governing border areas". Later, he gave "important instruction for enhancing ethnic unity, building a beautiful Tibet”.
The Yümé's visit should be seen as a pre-Plenum inspection tour.
Interestingly, Yümé is located in the vicinity of Lo Mikyimdun or Mygytun, the place where the first clash between the People’s Liberation Army and the Indian troops took place in August 1959. 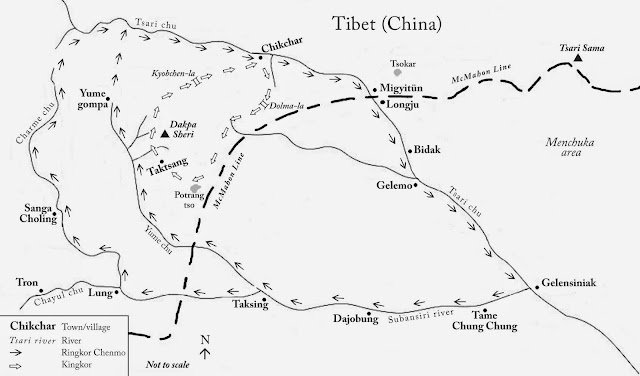 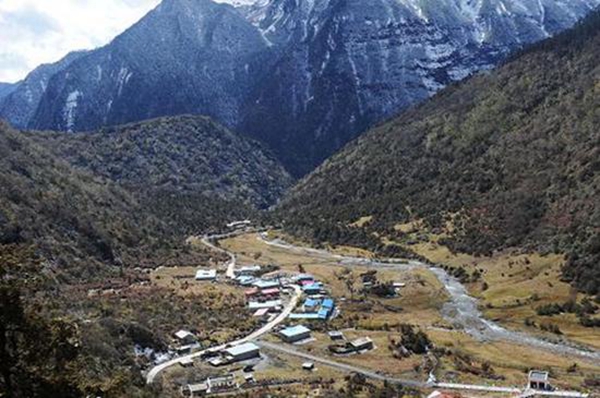 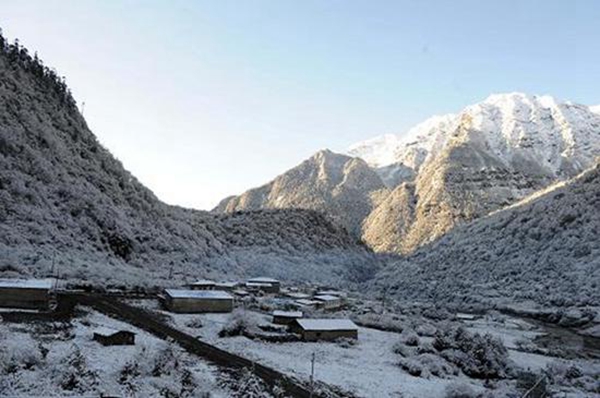 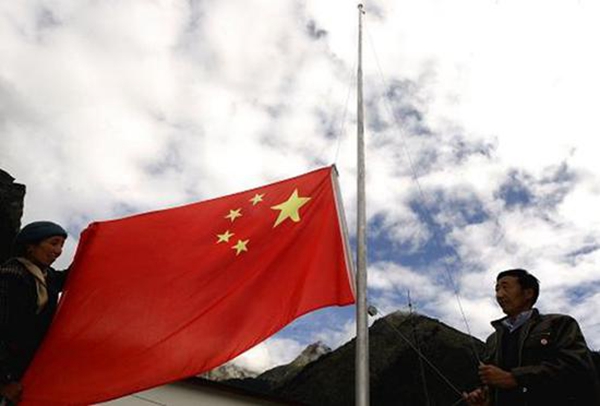 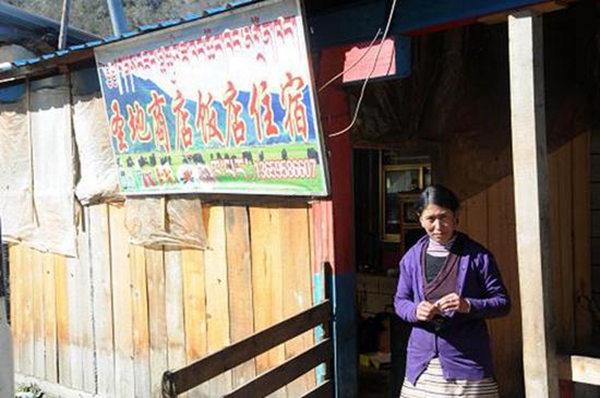 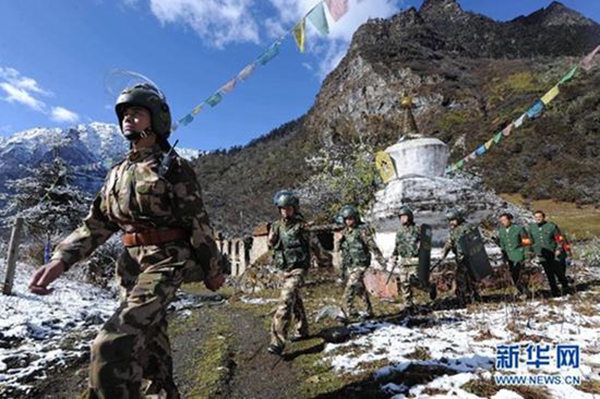 In a Note given to the Ambassador of India on September 1, 1959, the Ministry of Foreign Affairs of China blamed India for the clash:

This is of course, the Chinese version.
The area was also part of the Tsari Pilgrimage often mentioned on this blog.
Toni Huber in his The Cult of Pure Crystal Mountain — Popular Pilgrimage and Visionary Landscape in Southeast Tibet described the ‘Administration and Community Structure’ of the area before the Chinese invasion.


During the 1950s the Tsari District had an estimated population of five to six hundred persons. It was grouped predominantly within extended family household units in four main village communities (Yümé, Chosam, Chikchar, and Lo Mikyimdun) and three minor settlements (Domtsen, Yarab, and Phodzo Sumdo). There were also small monastic and retreat communities at Yümé and Chikchar and a nunnery near Lo Mikyimdun. Various other localities around the mountain were only seasonally occupied or used by resthouse keepers, meditators, pilgrims, or local pastoralists.
Although the district was small in total area and population compared to many others in Tibet, it came under a complex civil and religious administration. Tsari fell within the area of Central Tibet (Ü), being located right at its southern margins.
It was subject to the authority of the Lhasa government by way of the system of regional Dzong, or administrative centers, several of which were located in neighboring districts. At the district level there were three divisions: Tsari Nub, or ‘Western Tsari’; Tsari Shar, or ‘Eastern Tsari’; and the Lo Mikyimdun-Tsar Tsokar area. Each division had different administrative regimes. In relation to the central government, all three fell under the overall control of Kurab Namgyel Dzong, located in the Drulung valley of Dakpo to the north.
The Dzong had interests in collecting taxes; control of access to grazing land; law enforcement and defense; the transmission of various government decrees from Lhasa; and their execution in the districts, for example, the policing of religious environmental restrictions. Tsari Nub also fell under the religious administration of the Drigung sect, who had some historical rights over certain religious sites and lands in the area. Tsari Shar and Lo Mikyimdun fell under the religious administration of the Sangnag Choling Drukpa of Char, who maintained the temple and retreat center at Chikchar, oversaw affairs at Tsari Tsokar, and enjoyed some rights over certain lands and persons. Accordingly, many of the people in these districts identified themselves as either Drigung or Drukpa. In addition, the area of Lo Mikyimdun had another level of government control, mainly involving certain tax obligations, imposed on it through Kyemdong Dzong located not far to the north at the Kongpo-Dakpo border.
The interface between central government interests at Tsari and each community was maintained via the village headman. This person communicated with the Dzong and the monasteries when needed, as well as acting as intermediary between them and the local households. He (for they were always men) represented the interests of all the main village households, as well as those of the Dzong, by ensuring that taxation dues were paid; that festivals, religious ceremonies, and service duties were conducted as per tradition or contract; that government decrees were communicated and observed, and that disputes were referred to higher authorities. In return for these services he received a modest annual payment of grain from the Dzong. The local headmen were either called chimi (‘leader’) or thumi (literally ‘representative’),and their ‘deputies’ were called thuntsob; the terminology reflected the fact that they were usually elected by each village rather than appointed from outside.
In principle, such positions were supposed to change every two to three years, and candidacy depended on one's reputation for being a strong man, someone who could organize and direct people to do things when need be, and work effectively with external officials. There were variations in this system. For example, in the 1950s Lo Mikyimdun rotated the position of headman every few years among its even main tax-paying households, and at Chikchar the Sangnag Choling Drukpa, who often cooperated with Lhasa in running affairs at Tsari, assigned the job to the senior cleric at their retreat center there on the sudden death of the former representative.
All the senior heads of the main full member status households worked closely with the headman as a group or council for decision-making and organization at the level of the village as a whole.